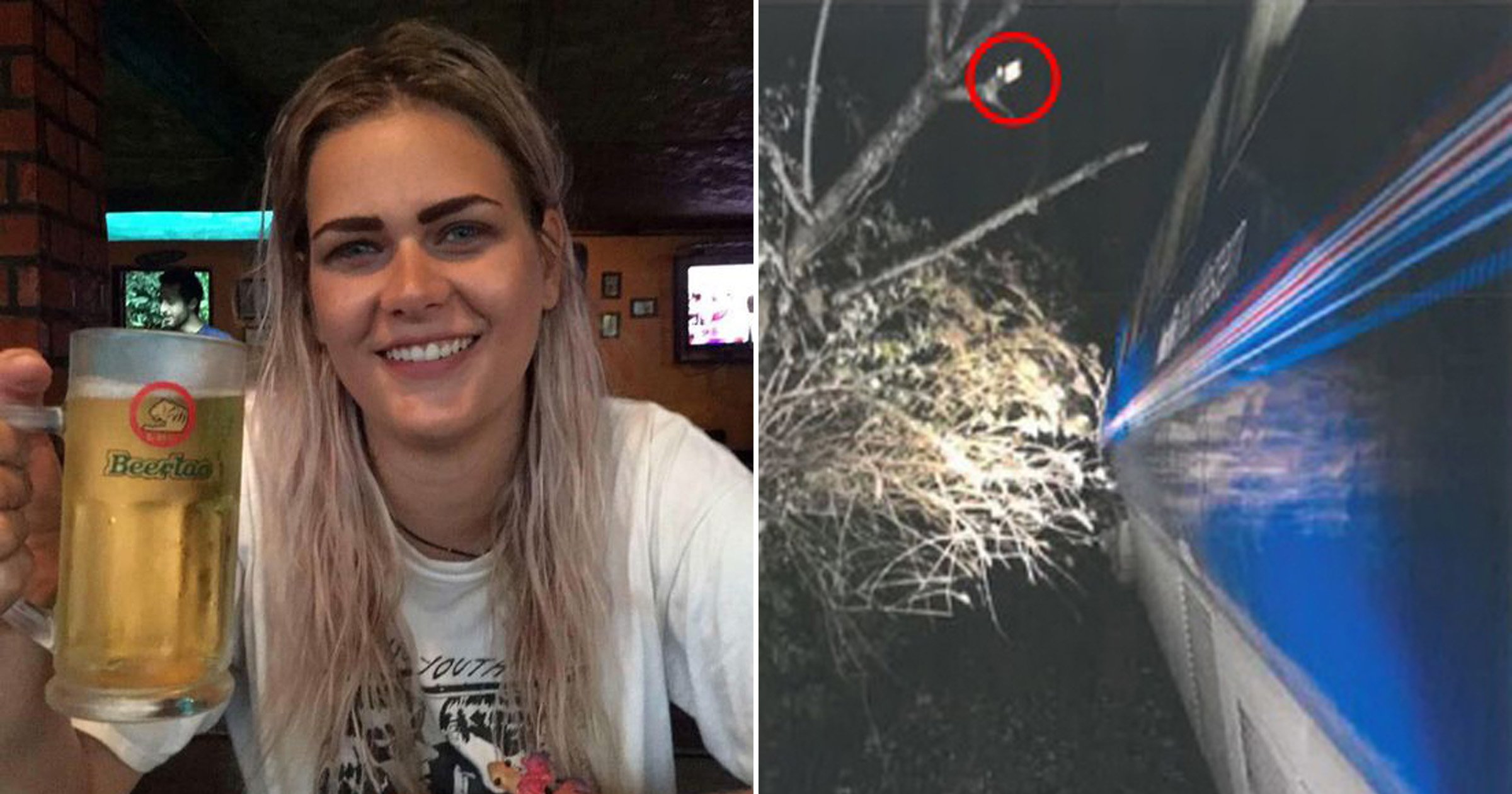 A woman died after being struck by a tree branch after leaning out of a train window, an inquest was told.

Bethan Roper, 28, suffered fatal head injuries and was killed on the Great Western Railway (GWR) while the train was travelling at around 75mph.

An inquest at Avon Coroner’s Court heard how Miss Roper had been out Christmas shopping with friends in Bath on December 1, 2018.

She had got on a train from Bath Spa station and was passing through the Twerton area towards Bristol Temple Meads when the incident happened.

Mark Hamilton, an inspector with the Rail Accident Investigation Branch, said: ‘We established that one of the group of friends opened the window of the door and at least one other friend leant out of the window.

‘But around two and a half minutes after the train departed Bath Spa station Bethan leant out of the window and a few seconds later she fell backwards having sustained a serious head injury.

‘The simple conclusion we have drawn from the evidence presented was that Bethan’s head came into contact with a lineside tree and that tree was growing on Network Rail infrastructure.’

She received first aid from other passengers on the train but she was declared dead by ambulance staff at Bristol Temple Meads station.

Mr Hamilton said the carriage of the train, which was a London Paddington to Exeter service, was a Mk 3 type coach. This means passengers had to use a handle on the outside by putting their hand through a window when they needed to get off the train.

‘There is no physical feature fitted to the train to prevent a passenger opening the window when the train is away from the station,’ he added.

These kinds of coaches, first introduced in the 1970s, are gradually being phased out across GWR and are being replaced with electronic doors.

The inquest was told that above the door window was a yellow sticker with the words: ‘Caution do not lean out of window when train is moving.’

‘One of the causal factors was in relation to the warning signs and we concluded Bethan, as a passenger, was not deterred by these warning signs,’ Mr Hamilton said.

‘Our report has concluded the warning sign on display complied with the railway group standard that was in force at the time.

‘However, the RAIB considers that wording, particularly the use of the word “caution”, suggests that perhaps leaning out is something that maybe done with a degree of care.

‘The yellow background is traditionally recognised as a characteristic of a warning sign, whereas red backgrounds may convey danger.

‘We also observed the sign is much smaller than the other signs.’

But he said it is ‘not possible’ to tell what influence the sign had on Miss Roper, who is from Penarth in south Wales.

GWR had previously completed a risk assessment of its windows after a similar incident in which a passenger was killed leaning out of a window in south London in August 2016.

There was a plan to install larger warning signs with a red background by May 2018, but this had not happened by the time of Miss Roper’s death.

The signs were updated after she was killed, but it transpired that two people who were involved with the task had left the company and a system that tracks pieces of work failed.

Network Rail, which is responsible for managing lineside vegetation, had carried out inspections after the incident happened but the tree was ‘not deemed to be a hazard’.

A post-mortem examination gave the cause of death as head injuries.

Miss Roper, who worked for the Welsh Refugee Council charity and was chairperson of Young Socialists Cardiff, had also been drinking and an alcohol level of twice the drink-drive limit was found in her blood.