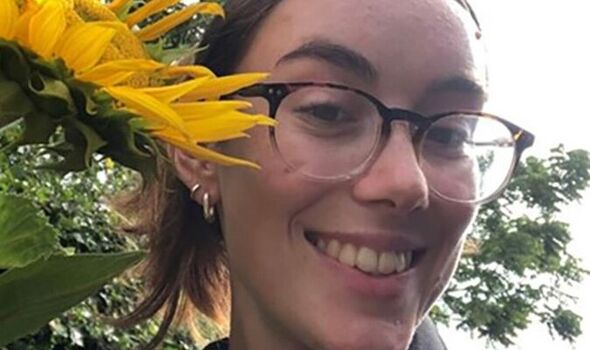 A mother has shared the last photo of her young daughter, taken just 20 minutes before she was killed by a drink-driver. Fenella Hawes, who has been described as a “ray of sunshine”, was carrying sunflowers to give to her mother before the horrific incident.

Fenella was killed after Malcolm Waite, 68, drove onto a pavement in Stalham, Norfolk, in July.

Waite was well over the alcohol limit and “travelling at speed” at the time of the incident, after which he did not stop but instead drove for another mile.

Police found him after his car collided with a road sign, trees and shrubbery.

Officers found he “smelt strongly of alcohol”, but he failed to provide a breath test.

Waite was later found to have been 85 micrograms per 100 millilitres over the limit – four hours after he drove into Fenella, aged just 20, and a teenage girl, who survived the incident.

Officers calculated he would have been 123 micrograms over the limit at the time of the collision.

In a personal statement, Fenella’s mother Margaret said: “Every day I sob, when I wake up, throughout the day at random times with seemingly no reason and when I go to bed at night.

“I picture her walking along, so happy carrying sunflowers for me and then being hit by the car.

She added: “I sob for the future that she doesn’t have because a drunken man chose to get into a car, knowing that this was a weapon that could kill someone, and indeed it did it killed my 20-year-old daughter.

“She was a young adult beginning her life and her bright future was taken out in a few seconds because of someone who did not think or did not care. I sob because she was so happy: she was so lovely inside and out she was so alive and now she isn’t here, and never will be again. I never had a chance to say goodbye.”

Emergency services made efforts to save Fenella’s life, but she sadly died at the scene.

Tributes have since been left at the roadside, with one reading: “Fenella – one big ray of sunshine. What an honour to have known her. What a tragic loss to all whom she touched.”

Waite has been jailed for eight years after appearing at Norwich Crown Court.

Following the sentencing, Detective Inspector David McCormack, of the Serious Collision Investigation Unit, said: “This is a tragedy, and it was wholly avoidable. I implore anyone who thinks it is okay to have a drink and then drive, please remember the heart-breaking and devastating consequences of drink-driving so evident in this case. Waite’s decision to drink and drive has changed lives forever.”

The teenage girl involved in the incident has been left “traumatised”, according to DI McCormack.