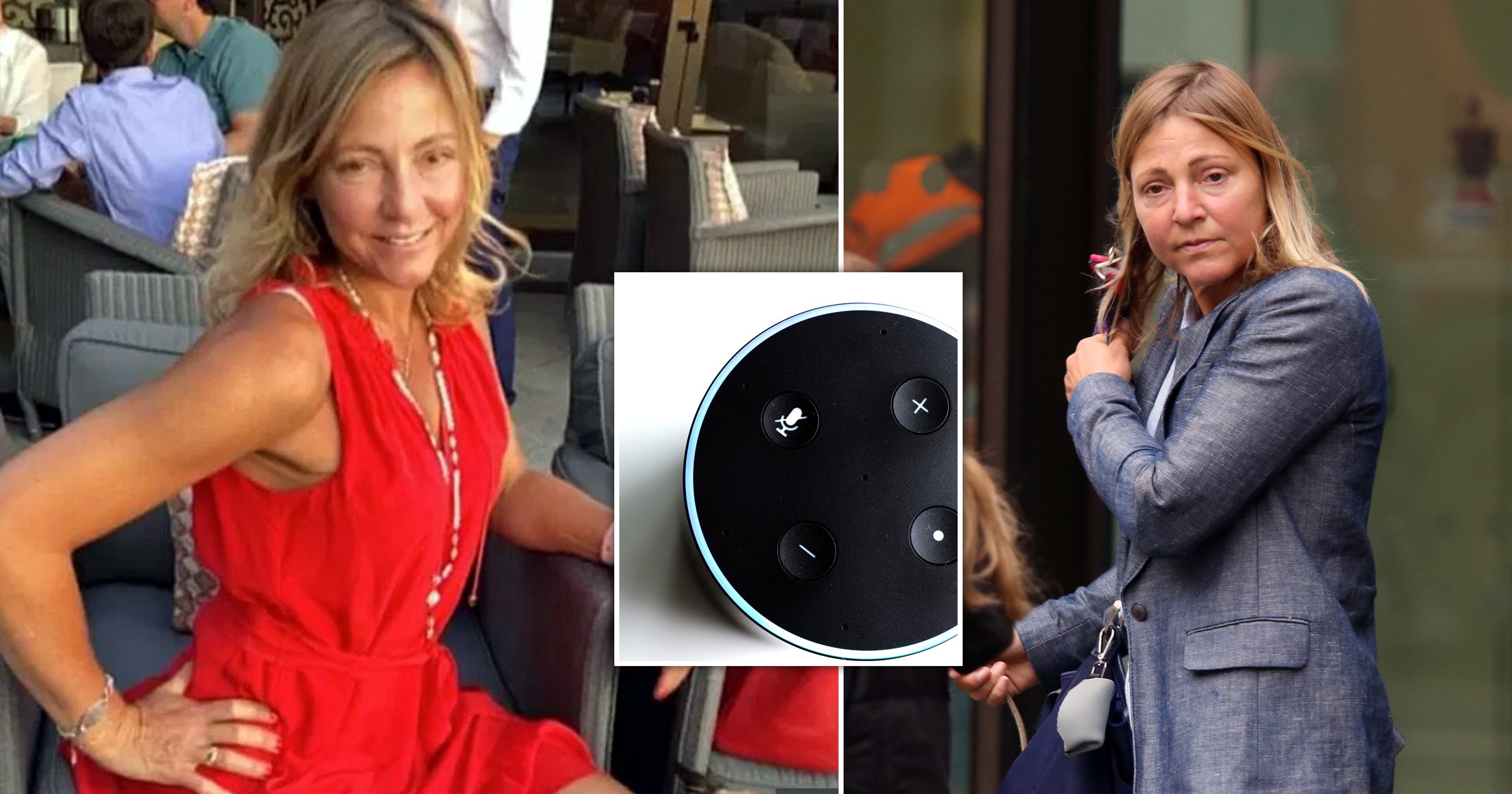 A management consultant has admitted posting naked photos of her ex online – as well as taking control of his Amazon Alexa to scare his new lover.

Phillipa Copleston-Warren, 46, flashed his house lights on and off using the device remotely, and also used it to tell the sobbing new girlfriend to leave the house and take her things with her.

She also accessed her ex’s Facebook account and posted nude photos of him which spread as far as Pakistan, leaving him feeling ‘violated’.

The businessman was at his Lincolnshire home at the time with a female friend after recently splitting with Copleston-Warren after a two year relationship.

Copleston-Warren appeared at Isleworth Crown Court via video-link from her living room today.

She admitted disclosing private sexual photos with intent to cause distress.

A previous hearing heard that she had managed to hack into her former partner’s Alexa device.

However Jacob Bindman, defending, said: ‘There was no hacking of the victim’s account, she had joint access and she had all the passwords.

‘It’s absolutely incorrect that there was any hacking.’

Misba Majid, prosecuting, earlier told the court that the victim had returned home to his home with his new girlfriend in October 2019.

He said Copleston-Warren accessed her ex-boyfriend’s Alexa whilst they were at the property.

‘The defendant spoke through the Alexa account to tell the complainant’s friend in the property to leave and to take her stuff.

‘She also used the Alexa to turn the lights on and off. This so distressed the individual it caused her to cry and she left.

‘Later that day he received various different text messages about how the defendant was going to disclose photos, naked photos and upload them to his Facebook.’

Copleston-Warren said her ex-boyfriend had fathered two children out of wedlock on his Facebook account, the court heard.

‘He stated that those nude photos went viral as far as Pakistan and impacted on his work and business, given the amount of people who had seen them.

‘He felt completely violated and had ripped his world apart.’

Copleston-Warren, of Chelsea, admitted disclosing private sexual photographs and films with intent to cause distress.

She was granted bail on condition not to contact the man or visit his Lincolnshire home ahead of sentence on October 6.

Why 27-year name row may be about to end