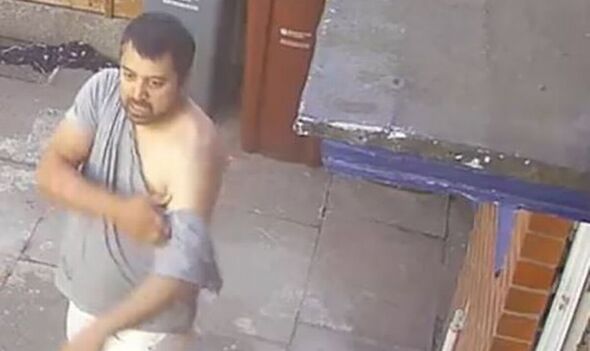 Two brothers punched an “elderly woman” after a petty row about football marks on a car.

Shahid Alam, 44, and Tuhidul Alam, 47, became angry and violent as one of their children was accused of kicking a ball against their neighbour’s car. A court heard Shahid marched to the house and knocked on the door. He stormed in and a fight erupted in Withington, Manchester.

Several family members got involved in the melee, which caught the attention of Tuhidul as he drove by. He too joined in the scrap, Manchester Crown Court heard.

Once the fight had calmed down, Shahid approached the neighbour – a 59-year-old woman – and punched her in the face in an unprovoked attack. She was knocked to the floor and left with a split lip, Manchester Evening News reports.

Both Shahid and Tuhidul Alam pleaded guilty to affray. Shahid admitted a further offence of assault.

But they were spared jail yesterday.

Shahid Alam’s 27-week term was suspended for 18 months. He must abide by an electronically monitored curfew for four months between the hours of 9pm and 6am and must complete 15 days of rehabilitation activity requirements.

Sentencing, Judge Alan Conrad KC said: “You have both pleaded guilty to charges which arose from a quite disgraceful incident on your neighbours. Violence was used by both of you and injuries were caused to the family.

“During the incident, both of you punched a woman, who was much older than you. You should be ashamed of that.”

Joe Boyd, prosecuting, said “there was bad feeling” between Tudihul Alam and the victim when they were neighbours at the time of the offences.

Things escalated though when one of the children was accused of leaving the mark on the car in June 2018, and a “long assault” ensued.

Mr Boyd said: “There were punches being thrown, they were ripping hair out and punching the elderly woman.”

“Tuhudul Alam had driven by and seen many of the witnesses, as well as his brother Shahid – he too became involved.

“The group were standing on the edge of the drive when Shahid Alam walked towards the mother, and, with no provocation, punched the elderly mother to the face causing her to fall to the floor. It also caused her lip to be split open.

“Both defendants had punched her [the woman] to the face, which caused her to stumble back. She was 59 at the time.

“The children were seen to encourage the assault, and there were many people present.”

Shahid Alam, who now lives in Salford, Greater Manchester, “lost his temper” moments before the melee.

Hunter Grey, prosecuting, said: “When he arrived at home that day he received a complaint from the children about the victim’s family behaviour. We say the footage showed they launched themselves at my client and he is the victim.

“He went too far, he didn’t let go, the assault continued and he accepted his actions went far below self-defence. His actions towards the mother are disgraceful – there is no excuse.”

He added that his client suffers from a degenerative spine condition, which he was diagnosed with before the incident, but has since deteriorated.

And for Tuhidul Alam, Brendan O’Leary said his client initially went to the house to protect his brother but he too went “beyond sensible self-defence”.

“He accepts he struck twice at the woman,” Mr O’Leary said.

“He became visibly upset in his interview when discussing the events and the impact on the victims. He said he was deeply remorseful, ashamed and embarrassed by his actions.

“He went too far and he does not seek to justify his actions.”

Delivery driver drops takeaway and trousers after being chased by dog