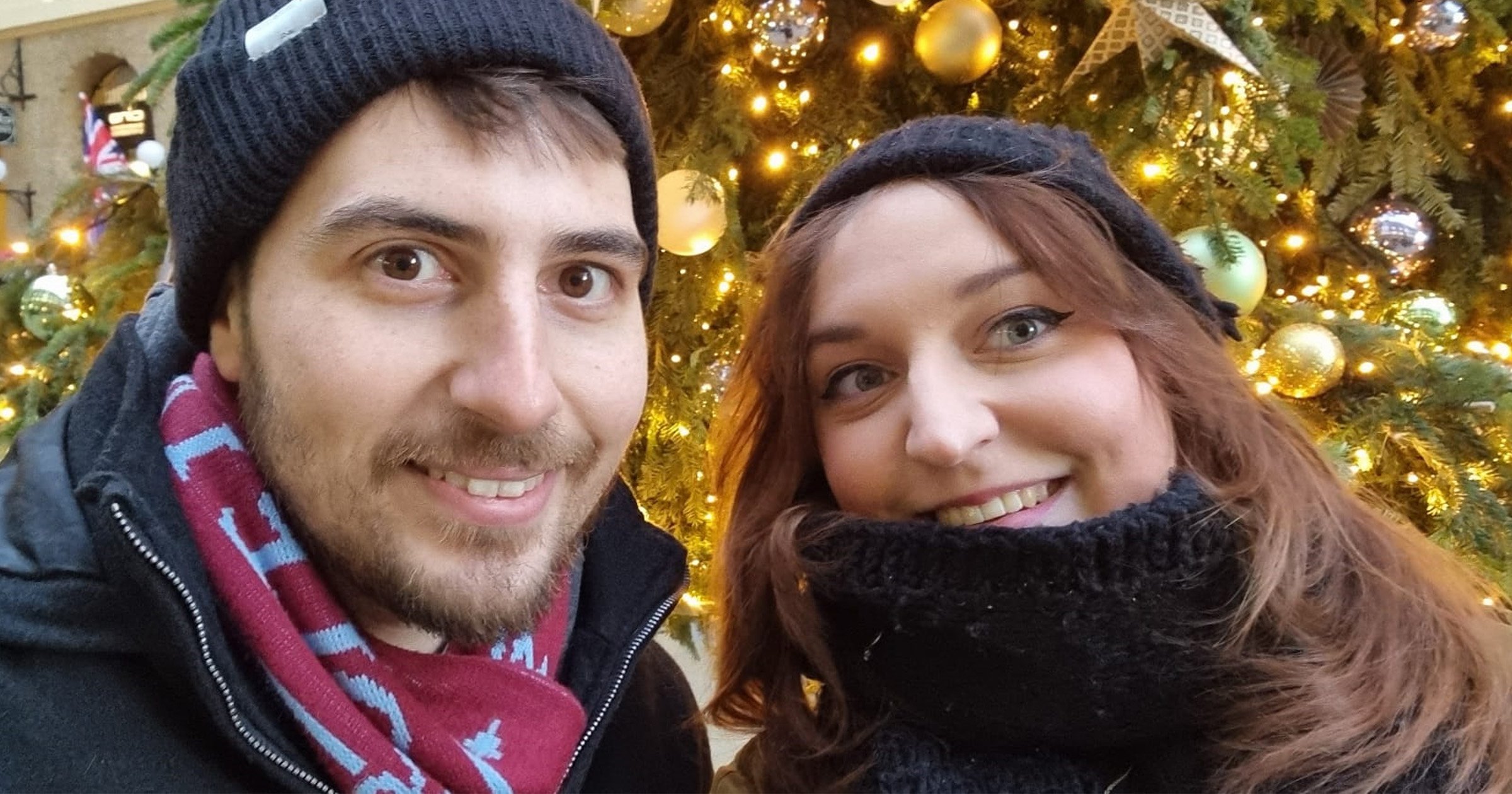 A woman who was afraid of tinsel and said just seeing it used to make her throw up has told how she has overcome her worst fears.

Hannah Slater, 26, says she struggled to breathe and felt queasy to the point of vomiting when faced with the festive decoration

She suffered from her extreme phobia for 20 years and it reached the point where she couldn’t go Christmas shopping for fear of seeing tinsel and would no longer be invited to Christmas parties.

But this year, to not let her boyfriend down for yet another year, Hannah has been determined to face her phobia with professional help – and has successfully overcome it.

She told the Mirror: ‘The fear just gets worse every year. My heart races, breathing becomes difficult and I feel sick to my stomach just thinking about tinsel touching my skin.

‘It has got to the point where I will dread Christmas Day every year.

‘I feel terrible because my boyfriend is the most festive man I’ve ever met – he’s practically Buddy the Elf – but I refuse to decorate the house and there’s no way I’ll ever go to Winter Wonderland with him.

‘My family and friends don’t buy me presents anymore and I don’t get invited to work Christmas parties after I refused to take part in Christmas jumper day’.

Hannah first developed a fear of tinsel after a ‘tinsel-related incident’ made her throw up on her family’s Christmas presents when she was six-years-old.

Her cousins were at her family home on Christmas Day and decided to wrap her up in tinsel for fun.

‘I don’t know what happened but I went into full panic mode when they started wrapping it around my head.

‘I hated how scratchy it felt against my skin and the loud noise of the foil freaked me out.

‘I didn’t want to ruin the game so I stayed quiet at first but when they wrapped my entire body and I couldn’t move I started screaming.

‘My mum had to come and unwrap me and I was so upset I threw up over the presents under the tree’.

After the incident, Hannah’s phobia became so debilitating that tinsel was outlawed in her family home – and after years of being dubbed a ‘real life Grinch’ by friends and family, she has had to spend Christmas Day alone for five years running.

‘I can’t even be in the same room with tinsel without feeling the urge to run,’ Hannah continued.

‘I know it’s irrational and lots of people think it’s silly, but that doesn’t stop it from feeling real to me.

‘Every year since I was a kid I’ve been getting less and less Christmassy. I don’t put up decorations, I don’t eat Christmas dinner and I hate Christmas music – Christmas is essentially banned in my house.

‘Usually my boyfriend goes home to spend Christmas Day with his family while I stay in and watch TV’.

But this year, knowing how important the season is to her boyfriend, Hannah wanted to try and make a change.

She wanted to surprise him by facing her fear head-on and turned to therapist Christopher Paul Jones for help.

Speaking after her therapy sessions, Hannah explained: ‘I was desperate to enjoy a Christmas with my boyfriend without everyone needing to hide the decorations.

‘I went from shaking to chuckling at the thought of it and it made me see my phobia in a new light’.

Hannah now wants to make up for lost time by having the ‘most festive Christmas yet’.

‘I realised that I was deflecting my feelings about the event, blaming the tinsel instead of my cousins for being irresponsible – once I had that realisation it was easy to see tinsel as safe again,’ she added.

‘I feel free now. I’ve already been out Christmas shopping and on Christmas Day I’m going to surprise my boyfriend and tell him I’m going with him to have a proper celebration.

‘I want to deck my house with tinsel every year now – I’ve even put it in my bedroom’.