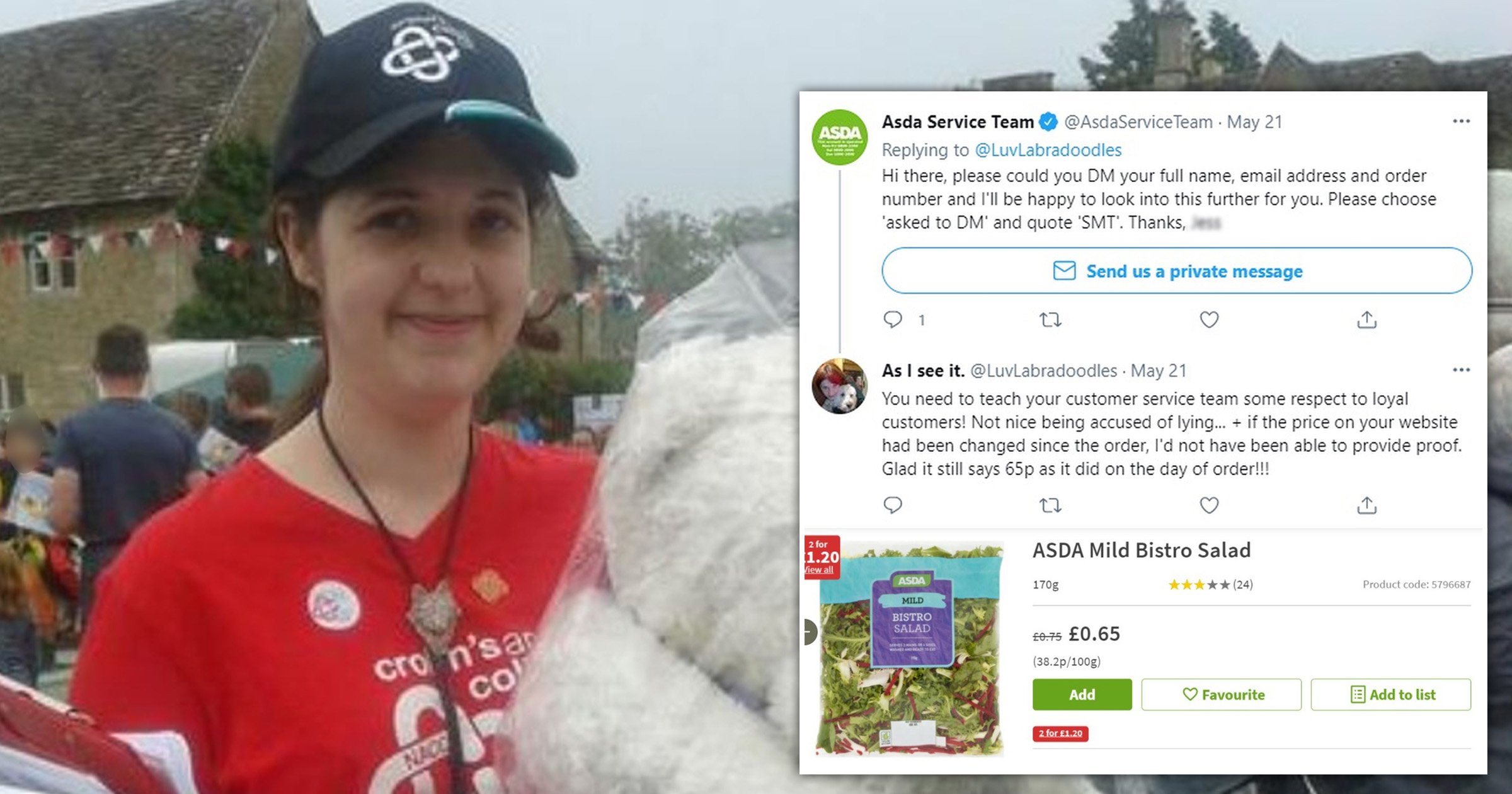 A woman has vowed never to shop at Asda again after she was overcharged by 15 pence.

Jennie Weatherhead says it is not the money itself but the principle, as the supermarket asked her for proof of purchase before offering a refund.

The tale began when she ordered a bag of mixed salad for 80p and was given a substituted bistro salad marked as 65p instead, but still charged the original price.

From now on, she says she will buy from Tesco – despite losing out financially, as it has higher delivery charges.

Jennie, 34, has been given a £5 voucher as a goodwill gesture from Asda after they acknowledged they were wrong to charge her the extra 15p.

But it is not enough, she says, saying it is an example of ‘rip off Britain’.

She said she was ‘accused of lying’ after being told to show proof that the item she received was lower in value – though the supermarket says it is standard practice.

To try and sort things out, Jennie made four phone calls and sent six emails before resorting to ‘naming and shaming’ them on Twitter.

Jennie, from Swindon, said: ‘I’ve worked in retail before and I learned you have to treat your customers politely and even if you’re upset to be all smiley with them.

‘To be accused of lying was extremely insulting, I shouldn’t have had to send in evidence.

‘And what would have happened if that day, which was a week later, the prices had changed back to the original 80p? I’d have had no evidence to send them.

’15p isn’t much and they should have just refunded me that 15p as a gesture of goodwill.’

She said that she didn’t care about a ‘measly 15p’ but the money was nothing to a multi billion-pound corporation.

Jennie has been on the Covid vulnerable list since March 2020 and had been loyal to Asda since then.

She was told in an email: ‘For us to better assist you, please provide a proof or a photo showing that this item was only for 65p as the salad is showing as 80p on our website and on the order receipt.’

She called out the company on Twitter, where she branded it ‘appalling customer service’ before following up with a second tweet in which she labelled it a ‘fail’.

Jennie said: ‘They’ve had all the shopping from three households – mine, my brother’s and my parents’, so over £200 every fortnight.

‘To be treated like this makes me want to not shop there again.

‘What if it had been an item worth hundreds? Something more significant… you do not accuse customers, end of.’

An Asda spokesperson said: ‘To be able to correctly process a refund we will always politely ask for a proof of purchase, however we have apologised to Jennie for the technical error which caused the incorrect charge and we are pleased she has accepted our apology and full refund.’

Sisters got skin cancer at the same time after using sunbeds