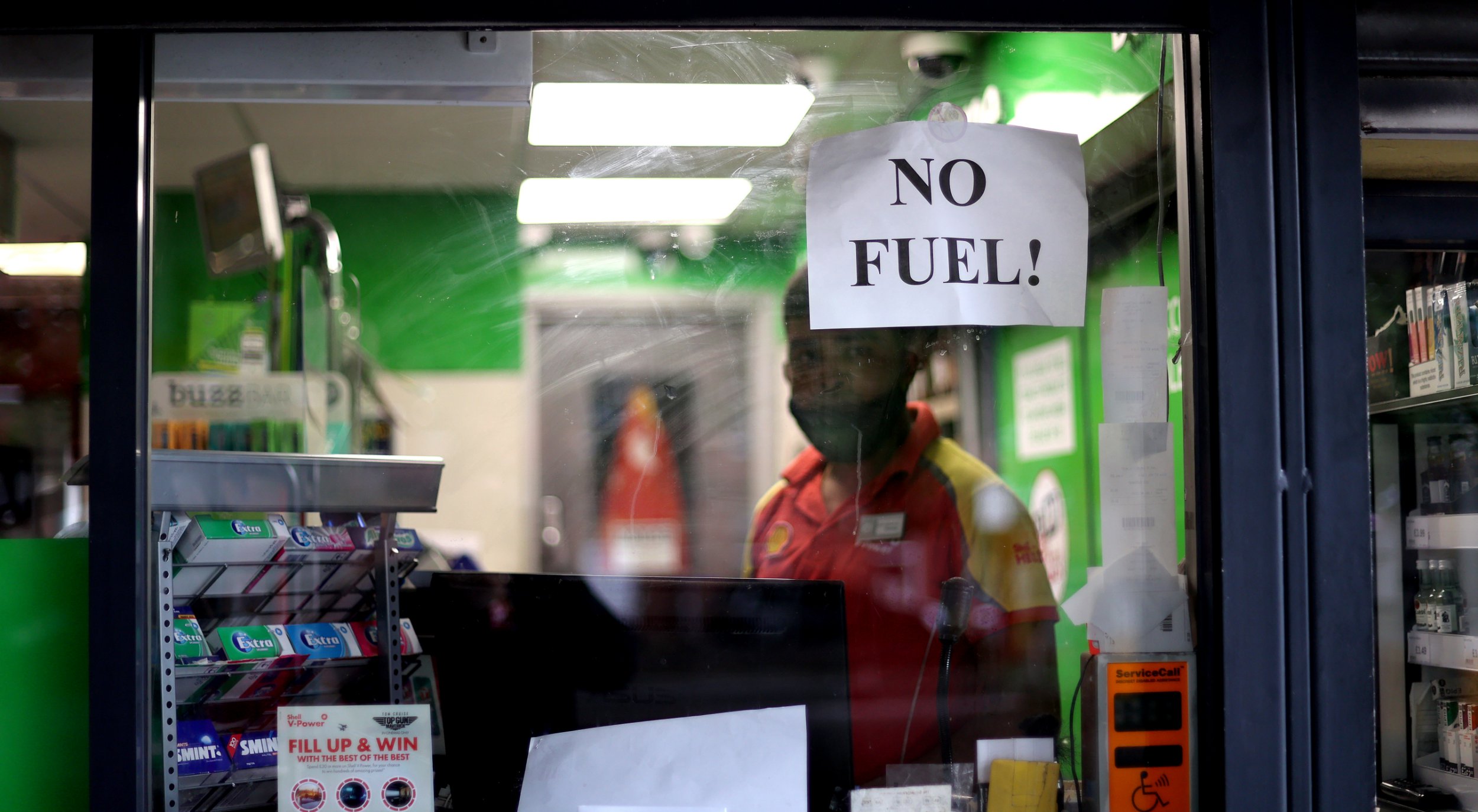 The stark consequences of Britain’s fuel shortage were exposed when a vulnerable woman was made to lie in a wet bed alone for an hour.

Despite setting out an hour early to attempt an early morning petrol run, Vera’s carer Michelle still could not get to her house in time.

She was left late for all her patients today, including those unable to get out of bed by themselves.

The case highlighting ‘the impact on the vulnerable who can’t afford to wait for their care’ was reported by ITV News.

NHS staff and carers across the country have faced difficulties in getting enough fuel.

Norwich paramedic Jennifer Ward, 21, said she had to rush between five forecourts on Friday before finding diesel to fill up her ambulance.

She said: ‘Do people forget we need to it to actually attend our emergencies?

‘We’re already struggling enough as a service without the added pressure of not knowing where our next stop for fuel will be. We don’t need any added anxiety.’

Jennifer shared a photo of her and colleague Gary Dury celebrating finally finding fuel at around 7pm in Essex.

She added: ‘It angers you when you see the photos of people panic buying.’

Her complaint comes as drivers were pictured filling multiple jerry cans, despite as many as 90% of independent stations running out of petrol.

The British Medical Association has intervened in the crisis by calling on the government to designate certain stations for ‘critical’ workers only.

The deputy chair of the association’s council Dr David Wrigley told Times Radio: ‘I know many of my health and social care working colleagues will be getting into the car this morning, nervously looking at the fuel dial and wondering if they’ve got enough fuel to do their day-to-day work.

‘We can’t be waiting two or three hours in a queue for fuel when we have patients to see.’

In Crowborough, Sussex, supermarket Morrisons was praised for keeping a pump open exclusively for an increasingly desperate fire crew.