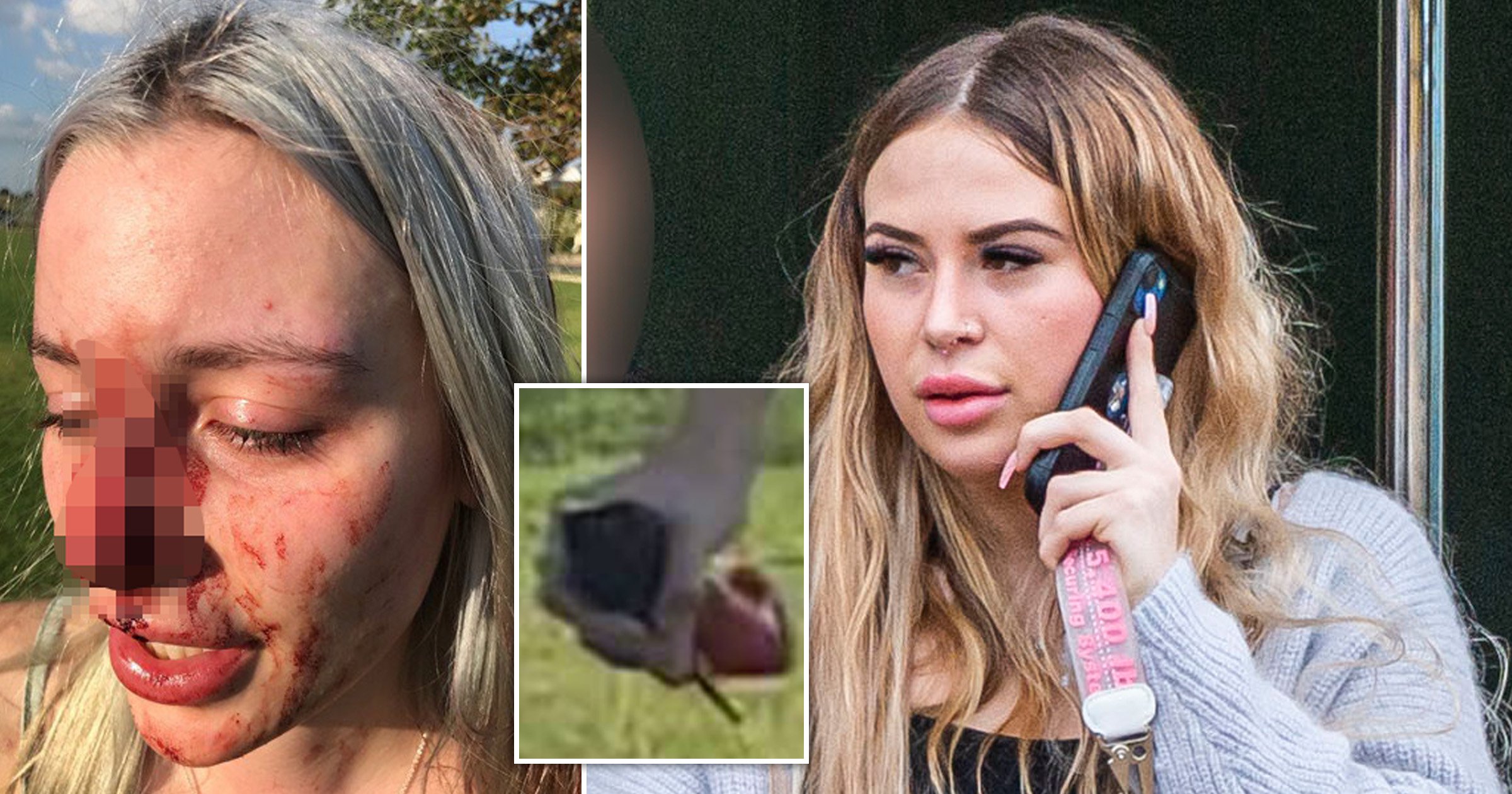 A woman who left her boyfriend’s ex needing stitches after they got into an ugly fight over Instagram posts has been spared jail.

Baker was angry after being ‘taunted’ for weeks by Ms Duckworth and her friends, Bournemouth Crown Court heard.

Ms Duckworth, whose relationship with Baker’s partner ended in November 2020, had sent messages about issues they had when they were together.

At one point, Ms Duckworth posted a video of her allegedly being pushed by her ex on Instagram, the prosecution said.

Things ‘heated up’ and escalated until Baker went to go meet her victim for a showdown.

The mum-of-one was seen carrying the sharp perfume bottle behind her back.

She told Ms Duckworth: ‘I’m going to do you in’ and then lunged the sharp stiletto at her, striking her head twice and cutting her face.

Ms Duckworth started bleeding so heavily her new boyfriend had to press his jumper onto her head to slow it.

She was rushed to hospital where she received stitches for a gash between her eyes and her scalp was glued. She also suffered concussion which made her sick.

Baker pleaded guilty to one count of actual bodily harm and another for possession of an offensive weapon.

In a victim impact statement Ms Duckworth said she had been left ‘traumatised’ by the attack and felt afraid to go out.

Baker’s defence lawyer pointed out that her client had pleaded guilty at the first opportunity and felt ‘genuinely remorseful.’

She argued the ‘taunting just got too much’ for Baker and ‘increased the temperature in this case’.

The attorney said: ‘Baker has genuine remorse. She knows that Miss Duckworth will live with the consequences for the rest of her life – as will Ms Baker.

‘Ms Baker is still having issues and she was spat at the other day.’

Judge Stephen Climie sentenced Baker to 12 months imprisonment suspended for two years on condition of two month curfew between 9pm and 7am.

She was made to pay a £156 victim surcharge and subjected to a two year restraining order.