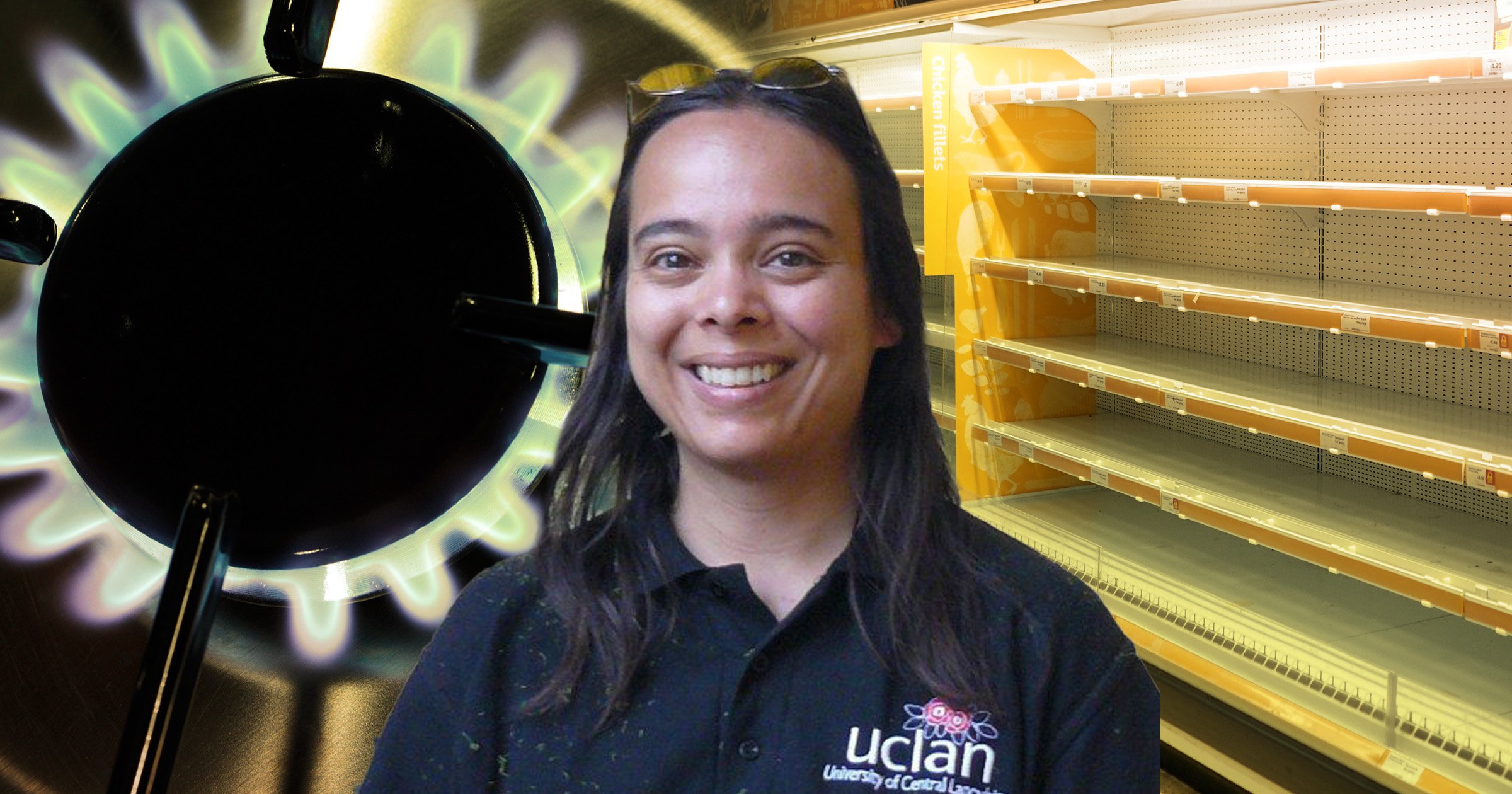 A prepper who foresaw a pandemic two years ago has invested in a generator after identifying an energy crisis as a looming threat.

Dr Sarita Robinson, who told Metro.co.uk in 2019 that she was terrified of a flu outbreak, has made contingency plans in case of a power blackout.

The survival psychologist also believes the world is still at the mercy of a ‘vicious’ new Covid strain and environmental issues are a further threat.

While prepping may evoke images of people selfishly leaving supermarket shelves bare, Sarita, 46, insists careful planning takes pressure off the supply chain as those with existing supplies stay at home in times of crisis.

‘One of the things I am worried about is fuel shortages,’ she explains.

‘For example, there are issues with electricity and gas supply and supplies to the UK. Energy security and how we can plan for that moving forward is on my mind at the moment.’

In a bid to tackle any potential power problems, Sarita tells Metro.co.uk that she has invested in a generator as gas prices surge, leading to warnings that many thousands of people are being pushed into fuel poverty.

‘A small one I can use in case of power cuts of whatever duration and I did buy some lamps and candles,’ she adds.

Sarita, who is married with two grown-up sons, says people carefully planning for worst-case scenarios should not be confused with panic-buyers descending on supermarkets.

With a rapid increase in Covid infections, she is already thinking ahead to Christmas lunch at her home in Preston, Lancashire.

The academic, who works at the University of Central Lancashire, has added a turkey to her stock of food to last two to three months without going shopping. In practical terms, the provisions amount to a full freezer and some bags of rice and pasta and canned food.

‘My plans go from things that sound ridiculous to things that are quite sensible,’ Sarita admits.

‘Because I want to help the food chain out as much as possible I have bought a turkey breast which is in the freezer, which means in the run-up to Christmas I am not running around the shops.

‘That’s a tiny, tiny basic, almost a ridiculous thing to do. Otherwise it’s simply about having some food in stock because we don’t know how the pandemic is going to go.’

Sarita spoke as the NHS called for ‘plan B’ Covid measures, such as the mandatory wearing of masks, to avoid a winter crisis.

‘There is a view that we are in the recovery phase but we know that major outbreaks of infectious diseases are a four to five-year event,’ she says.

‘There can be bumps in the road, new variants can come along and there can be failures in vaccine efficiency.

‘There is always the potential for a firebreak lockdown, especially with the pressure on the NHS if it is combined with a flu epidemic.’

When the pandemic first arrived in the UK, Sarita already had a ‘pandemic kit’, including hand sanitiser, gloves and face masks, which she had stored under her sink for a decade.

‘I am worried about a more vicious form of pandemic and about fuel security, which is a big one moving forward into the next 50 or 60 years,’ she says. ‘We have seen the start of the fluctuation of energy prices, which I think will stabilise, but longer term it is something to keep an eye on.’

Environmental issues, which campaigners see as an existential threat, are also high on Sarita’s risk register for the near future.

‘Even small fluctuations in temperature will wreak havoc with the food in the future because they will cause a shortage of crops,’ she says.

Prepping is the art of preparing for major emergencies, also including meteorite strikes and solar pulses, and over the last 18 months many will have seen the value of what was once a fringe activity.

‘In March 2020 it wasn’t the preppers that were in the supermarket buying all the toilet roll – they already had it at home,’ Sarita says.

‘If you prepare and plan ahead you take the pressure off the supply chain when there might be a bit of a bump in it. By buying the turkey now, I am helping to make sure other people can get theirs.’

Coronavirus delay phase: What is the delay phase? What does it mean for you?