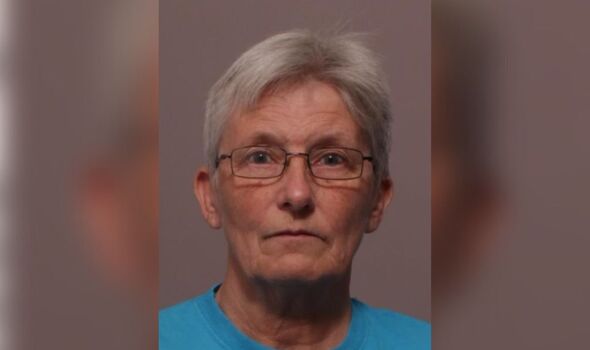 A woman who pretended to have cancer defrauded her neighbours and her landlady out of more than £14,000 – and even got one neighbour to walk her dog for her.

Joann Wood also exploited her victims’ sympathy by claiming her mother had died.

A court heard how she made up various lies about why she needed the money, including being in desperate need of help to save her catering business, LeicestershireLive reports.

Stefan Bisson, prosecuting at Leicester Crown Court yesterday, said she was a “prolific fraudster” who put “emotional pressure on each victim”.

Wood, 66, had 70 previous fraud offences on her record from 2009 onwards, he said, and moved from place to place, running the same scam with people she had befriended. The latest group of victims all lived near her home in Marwell Close, off Thurcaston Road, in Leicester, and most were elderly.

They only realised they had been lied to after speaking with each other about the help they had all given Wood. The first victims lent Wood money in autumn 2018, when she was still on licence after being jailed for her previous fraud offences from when she lived in Countesthorpe.

Wood acted as a friend and gained the couple’s trust. They lent her £5,000 to move her catering business to a new location and a further £2,700 in December the following year.

When she was supposed to pay the money back, she told them she had cancer and later that her mother had just died, which were both lies. The wife, who noticed Wood limping, even offered other help to Wood and bought her a reclining chair.

The next couple she swindled also lived near to her and they were told she needed money to buy her business partner out. They lent her £2,000, with Wood using the cancer story again with them. The husband even walked Wood’s dogs every day to help her out, and the couple looked after her pet cat for a time.

Wood, using a fake name, used the same story on her next victim, a woman living near to her. A total of £1,200 was lent with the understanding it would be paid back in two months. That money was repaid, but Wood then asked her for a further £350, and when it was due back Wood said her mother had died. The next time she was approached for the cash, she claimed she was inheriting money from her mother – but her mother was still alive. The money was not repaid.

Two more neighbours were conned by Wood telling them that she had served in the Army in Afghanistan and her boyfriend had died there. The couple lent her £1,500 but she told them she had cancer and only repaid £300.

The final victim was Wood’s landlady, who was given various excuses why Wood could not pay her rent and had taken £500 intended for improvement work to the home. This time she falsely claimed she had coronavirus and then changed the locks to the house.

When the landlady finally got back inside her property after Wood had left, she found post for Wood addressed to “Kate Van Winkell”, “Kate Zimmerman” and several different variations of her real name. The court heard that one of her previous victims from her fraud in the recent past was a 93-year-old woman who she conned by pretending to work for Age Concern, and that she had also used the cancer lie before.

James Varley, representing Wood, said his client’s lies were based partly on the truth and that Wood had been in the Army in the 1970s, but was dishonourably discharged for being gay. He said she ran a kitchen producing meals, but since the offending she had been forced to give that up to care for her mother, who was suffering from dementia, which was “heart-breaking and difficult to live with” for Wood.

He said her mother had really died in April this year, since the offences were committed. He said his client had been working hard and putting money aside to repay her victims. She had been working as a volunteer with the Samaritans recently as well, he said, adding: “There is a side to her that is demonstrably caring and she will come out of prison with nothing.”

In total, £14,950 was obtained by fraud over the 18 months, and £11,600 of it has never been repaid. Balraj Bhatia KC, sentencing, said Wood’s victims had been “lied to in the most cruel way, in terms of the cancer and her mother’s death”.

He said: “She has used the kindness of others by triggering emotional sympathy. Cancer is the one word that fills everyone with dread. It is the meanest and most wicked of lies to use to exploit money out of kind-hearted, generous people who have been cynically taken advantage off. Even though the sums may be relatively low, it’s the wicked way in which the lies were told continuously. They are good people and its the very goodness that’s been exploited.”

For the seven offences of fraud, Wood was jailed for three years. Recorder Bhatia ordered the Crown Prosecution Service to arrange full compensation for the victims through a Proceeds of Crime Act hearing. Such hearings determine what a criminal gained as a result of their crime, and their ill-gotten money and property can be confiscated and, in the case of the latter, sold.