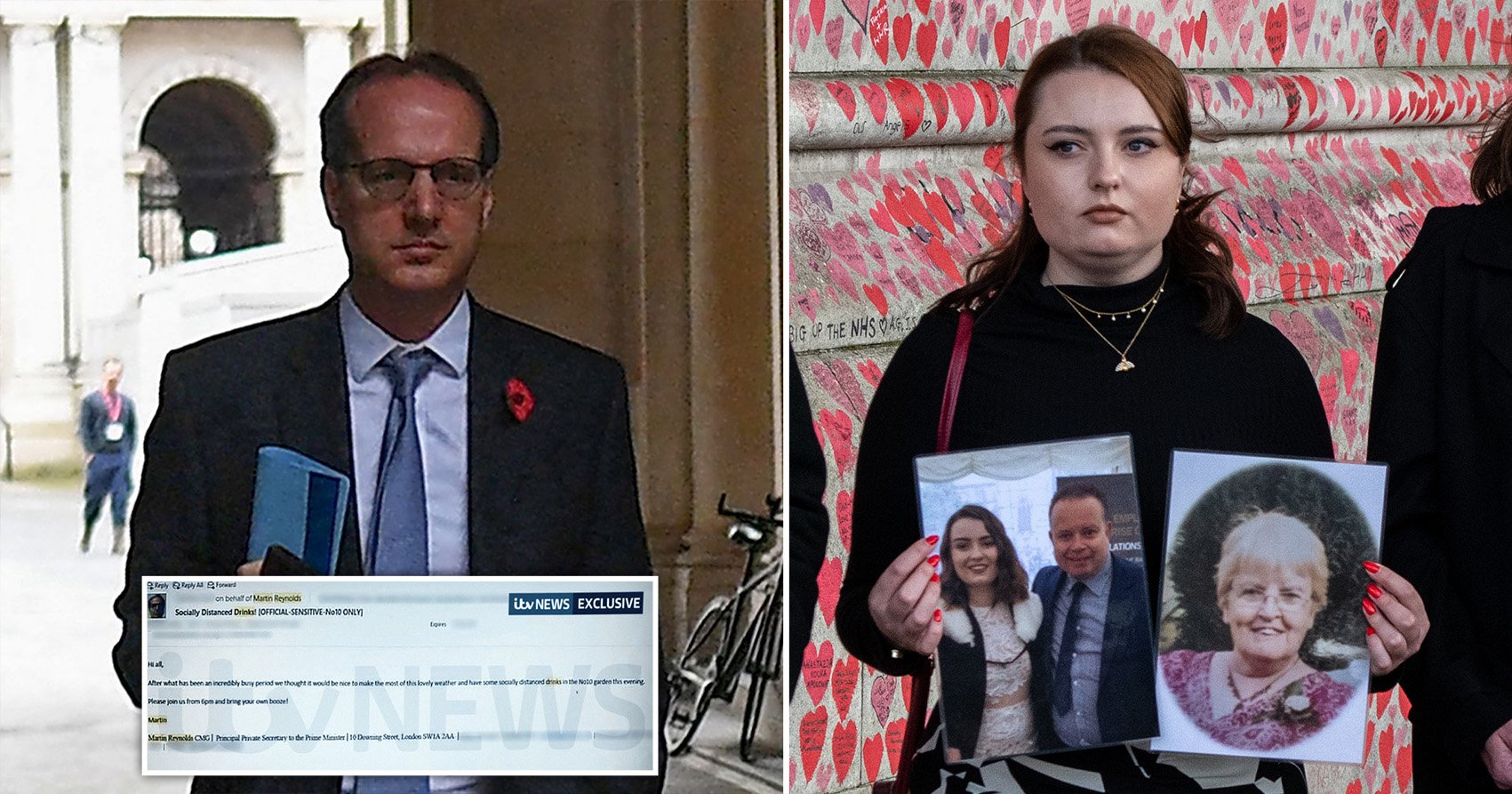 The daughter of a key worker who died of Covid-19 says she ‘feels sick’ after a leaked email showed No 10 staff were invited to a party days earlier.

More than 100 staff were invited to the gathering in No 10’s garden on May 20, 2020, and were encouraged to ‘make the most of the lovely weather’, according to the leaked email.

Having previously refused to investigate separate claims of alleged Downing Street lockdown parties, the Metropolitan Police has now said it is ‘in contact’ with the Cabinet Office.

She said her 55-year-old dad, who worked at the Kraft Heinz factory in Wigan, was fit and healthy when he caught Covid.

Hannah and her family did ‘everything they could’ to keep him safe during lockdown, she added.

‘Those days will stay with me for the rest of my life, just like the families of the 353 people that died that day, my family couldn’t even get a hug from our friends.

‘To think that whilst it was happening Boris Johnson was making the “most of the weather” and throwing a party for 100 people is truly beyond belief.

‘At the time, everyone would have known that going to a party was wrong, so how can those running the country have thought it was OK?

‘Could there be a more disgraceful example of “one rule for them, and another rule for the rest of us”?’

In September last year, Hannah was among five families from the campaign who met the PM.

She added: ‘To make matters worse, in September I sat in that same garden, looked the Prime Minister in the eyes and told him how my dad had died. He told me he had “done everything he could” to protect my dad.

‘Knowing that he had partied in that same spot the very day that Dad’s death certificate was signed. It makes me feel sick to think about it.’