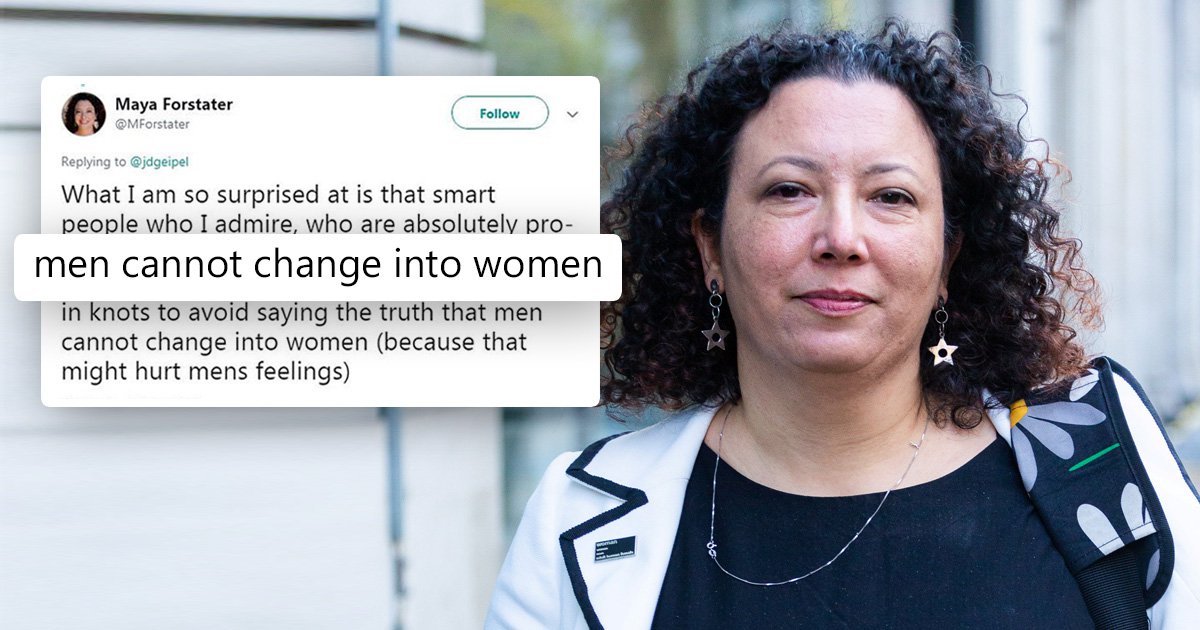 A woman who lost her job after claiming people cannot change their biological sex has won her appeal against an employment tribunal.

Maya Forstater, 47, did not have her contract renewed after posting tweets opposing government proposals to reform the Gender Recognition Act to allow people to identify as the opposite sex.

She took her case to an employment tribunal in 2019 on the grounds that her dismissal constituted discrimination against her beliefs. That case was thrown out, with the judge saying her approach was ‘not worthy of respect in a democratic society’.

On Thursday, Ms Forstater, who worked as a tax expert at the Centre for Global Development (CGD), won her appeal against the tribunal, a judgment which the international think tank described as ‘a step backwards for inclusivity and equality for all’.

Mr Justice Choudhury said the original tribunal had ‘erred in law’, but added: ‘This judgment does not mean that those with gender-critical beliefs can “misgender” trans persons with impunity.’

He added that her views ‘may well be profoundly offensive and even distressing’, but said they ‘must be tolerated in a pluralist society’.

The senior judge also acknowledged ‘some trans persons will be disappointed by this judgment’.

During the employment appeal tribunal in April this year, Ms Forstater reiterated her views that biological sex is ‘real, important, immutable, and not to be conflated with gender identity’.

Harry Potter author JK Rowling previously came out in support of the claimant, tweeting: ‘Live your best life in peace and security.

‘But force women out of their jobs for stating that sex is real?’

In the judgment handed down on Thursday, Mr Justice Choudhury said: ‘We do not in any way seek to ignore or downplay the difficulties faced by trans persons seeking merely to live their lives peacefully in the gender with which they identify, irrespective of their natal sex.

‘The regrettable reality for many trans persons, however, is that something which most take for granted – the sense of self and autonomy in identity – is under constant challenge and attack.

‘This case, however, is not about whether greater protection ought to be afforded to trans persons.

‘This appeal is about the much narrower issue of whether the claimant’s belief as to the immutability of sex is one that amounts to a philosophical belief under section 10 of the Equality Act 2010.

‘We have come to the conclusion that it does.’

The High Court judge continued: ‘The claimant’s belief might well be considered offensive and abhorrent to some, but the accepted evidence before the Tribunal was that she believed that it is not “incompatible to recognise that human beings cannot change sex whilst also protecting the human rights of people who identify as transgender”.

‘That is not, on any view, a statement of a belief that seeks to destroy the rights of trans persons.

‘It is a belief that might in some circumstances cause offence to trans persons, but the potential for offence cannot be a reason to exclude a belief from protection altogether.’

Amanda Glassman, executive vice president of CGD, said: ‘The decision is disappointing and surprising because we believe Judge Tayler got it right when he found this type of offensive speech causes harm to trans people, and therefore could not be protected under the Equality Act.

‘Today’s decision is a step backwards for inclusivity and equality for all.

‘We’re currently considering the various paths forward with our lawyers.’

Also reacting to the ruling, Baroness Kishwer Falkner, chair of the Equality and Human Rights Commission, said: ‘Some may see the beliefs of others as questionable or controversial, but people must be free to hold them.

‘This is why this case is so important.

‘It provides clarity that people are free to hold their beliefs and must not be discriminated against because of them even if others might find their beliefs offensive.

‘There is a difference between holding a belief and how it is expressed.

‘We are all responsible for what we say and do.’