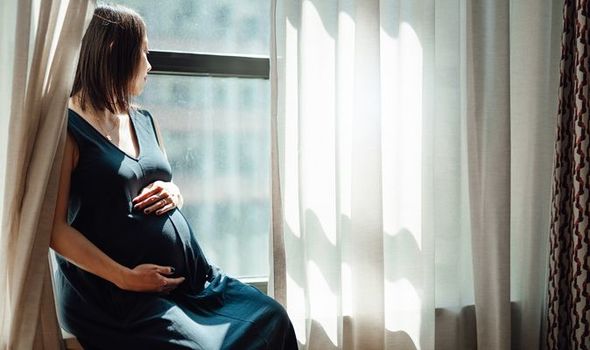 Laura Jo Duffy successfully sued the NHS after manager Alan Beaton nodded towards her stomach when asking about her “future plans”. The PA – whose pregnancy was deemed high-risk – was also asked by a colleague if she had told bosses she would not be back after her maternity leave, even though she had never discussed her intentions. The hearing ruled the comment was based on a “stereotypical assumption” about new mums.

Ms Duffy was also accused of planning her baby to gain a promotion. She is now in line for compensation after winning a pregnancy discrimination claim against Barnet, Enfield and Haringey Mental Health NHS Trust in North London.

The Watford employment tribunal heard Ms Duffy was told in August 2019 that due to restructuring, bosses planned to move her up a salary band. But fellow PA Joanne Cleasby, was “annoyed” and wrongly thought Ms Duffy was getting preferential treatment because of her pregnancy. Judge David Maxwell said: “Ms Cleasby made two unwanted comments related to Mrs Duffy’s pregnancy.”

The tribunal ruled these were discriminatory.” Judge Maxwell said of Ms Duffy’s meeting with her boss over the reshuffle: “Mr Beaton said he wanted to discuss her ‘future plans’ and at the same time nodded toward her stomach with regard to her pregnancy.”

This was also discriminatory, the panel found. Judge Maxwell added: “The three acts were unfavourable treatment because Mrs Duffy was pregnant.” The tribunal ordered that unless Ms Duffy and the NHS can come to an agreement over compensation, a remedy hearing will be held.