Mary Marshall, 86, is the oldest member, with the youngest being just a few weeks old. Ms Marshall was born four years before World War Two began and has since had eight children, as well as a whopping 90 grandchildren.

The women are all on the same side of the family and appear to have a lot in common, as they all (with the exception of new mother Toni-Leigh Aitken) work or have worked as carers for the NHS.

The super-sized family was the result of all of them all having children and, coincidentally, they all gave birth aged 18 or younger. 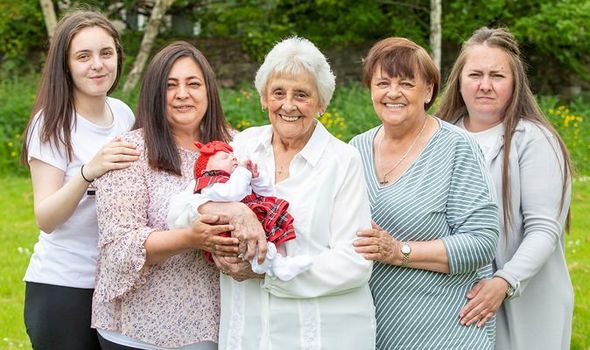 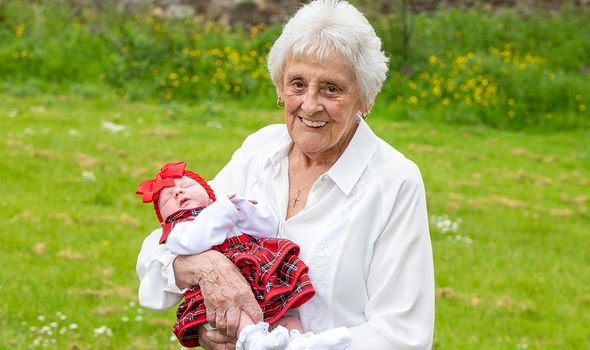 Due to the size of her family, Ms Marshall, from Edinburgh, says she is forgiven for not buying each and every member a birthday and Christmas present as she’d spend “half the year doing so”.

She said: “I’m a lucky woman to be honest with you. It’s great to have such a big family. There’s always someone there looking out for you. I’m incredibly happy.”

All of the family live in or around Edinburgh, Scotland – making it easy for them see each other. 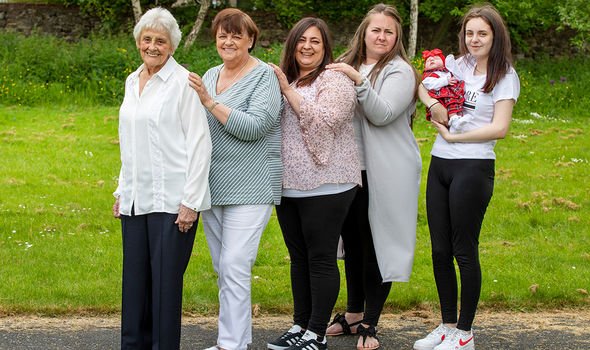 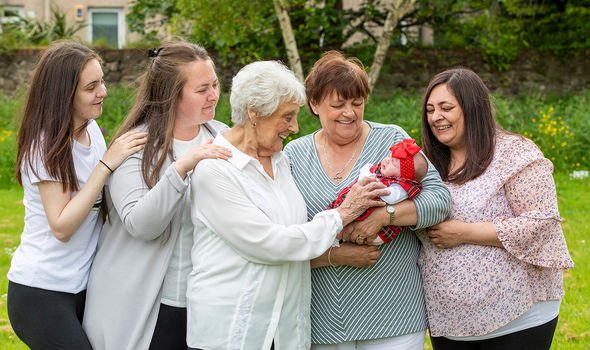 Ms Aitken, who gave birth to the family’s newest member this year, added: “When we found out I was pregnant we did make a joke about us breaking some sort of record.

“Then we started looking into it and it doesn’t look like anyone else has our family set-up.

“It’s a bit too early to see a resemblance to her great-great-great-grandma but it was love at first sight when they met! We live no longer than a 10-15 minute drive away from one another so we see each other.

“We haven’t had a big do with the entire family since the pandemic but when we do it’s great fun! There’s 90 grandchildren now with Nyla so it’s always pretty loud!” 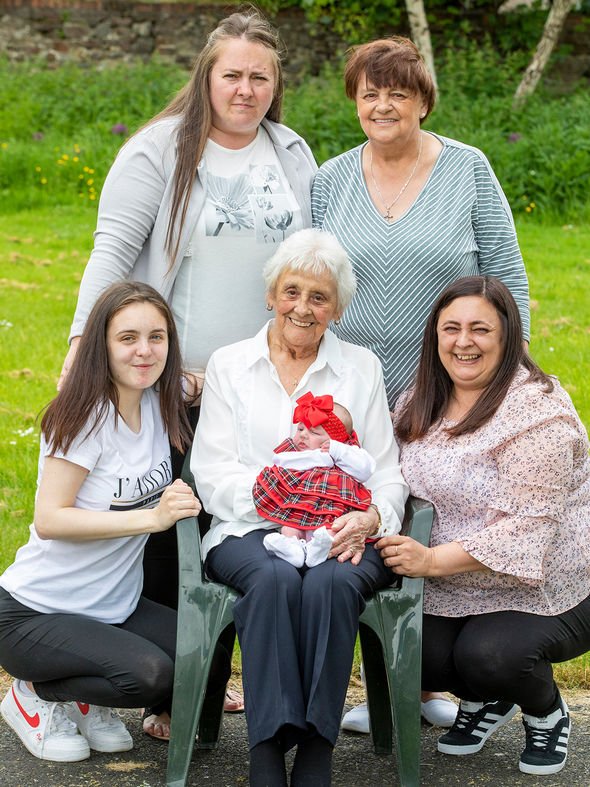 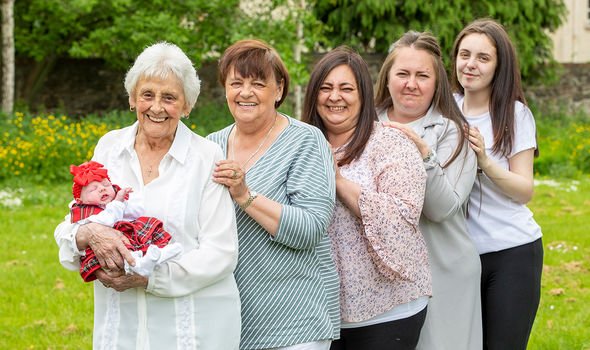 The family are believed to be the only one in Scotland with six generations alive at the same time.

According to Guinness World Records the most generations alive in a single family has been seven.

Revellers to ring in 2019 with mildest weather in decades