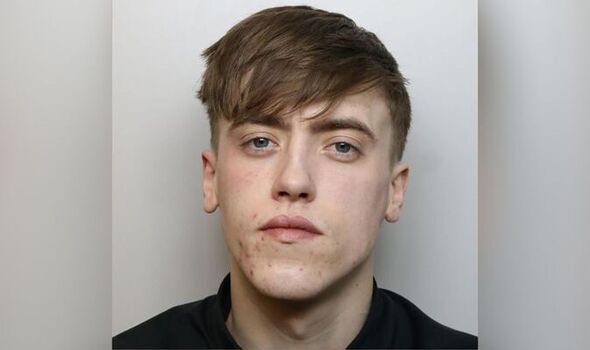 The member of the public, who later identified herself as Natasha Smith, yelled from the public gallery even after being hauled back in for a telling off from the judge. Ms Smith was one of several people at Liverpool Crown Court in support of defendant Lee Ashton.

Ashton was jailed for eight years over the near-fatal attack, as well as a crime spree involving firearms being stolen during a burglary and a gunpoint robbery, reports The Liverpool Echo.

Ms Smith added that the victim had “got everything he deserved” as she left the hearing.

Judge David Potter then ordered her to return to the courtroom after hearing the outburst. Despite this, she continued her rant.

Ms Smith angrily stated: “You don’t know what Robert Bassnett is like. He’s not a nice person, he’s a horrible man.”

She also accused Mr Bassnett of threatening an 18-year-old woman with a knife.

Judge Potter said he had considered finding her in contempt of court, but allowed her to walk free after receiving an apology.

The court had earlier heard that Ashton had previously been in a relationship with the mother of his four-year-old child.

But the 23-year-old, of Elston Avenue in Newton-le-Willows, Merseyside, “subjected her to domestic violence” and was later convicted of assault occasioning actual bodily harm against her.

In the months leading up to December 19 last year, he “began watching over her house” on Folly Farm Close in Bewsey, Warrington.

The “jealous and possessive” ex taunted her over this harassment to her in a series of texts.

Late on the evening in question, Ashton attended the address with two other armed men who “waited for” her new partner Mr Bassnett outside.

At around 11.30pm, he left the property and began walking back to the tent he was sleeping in in a nearby park.

CCTV footage showed he was confronted by a gang of three men, with a knife brandished towards him.

The target ran towards Folly Lane and was chased down the main road, but “stumbled and fell” and was “set upon” by Ashton – who stabbed him in the back as he was regaining his feet.

The knife became lodged in his chest cavity and he attempted to flee, but was attacked again in a resident’s front garden.

Mr Bassnett then pulled the knife out of his back and began “waving it about defensively”.

But the “enormity of what had happened hit him” and his attackers, who fled.

He collapsed from his “life-threatening injuries”, having suffered a collapsed lung and a pierced liver. 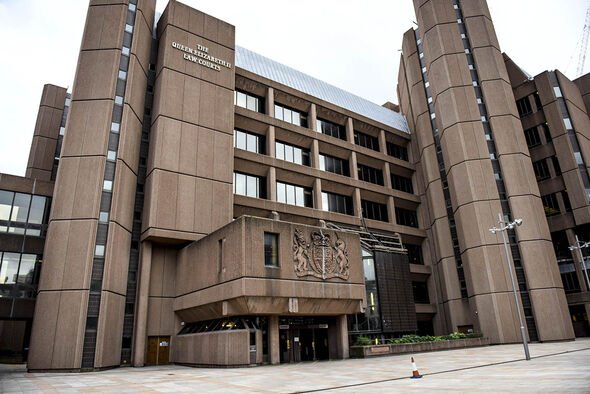 Mr Bassnett was luckily spotted by an ambulance which was passing the scene.

One paramedic described how they “didn’t think he would have been able to tolerate that level of blood loss for much longer”, had the casualty not been found quickly.

He underwent emergency surgery in hospital, while Ashton “began covering his tracks”.

A friend drove from Widnes to pick him up and also collected his new girlfriend, dropping the couple at the Holiday Inn in Runcorn.

He also gave this assistant the clothes he had been wearing and told him to dispose of them.

This incident had followed a string of offences in the summer of the same year in Ellesmere Port.

At around 1.30am on August 20 2021, Kyle Duncan was riding an electric bike on Overpool Road when another similar vehicle “zipped up behind him and pulled in front of him”.

The pillion passenger “produced what he thought was a gun” and said: “You know what this is, it’s a robbery – give it me lad.”

The cyclist tried to escape but was “rammed” and fell before being punched to the face, chest and arms on the floor.

His Nike Air Jordan rucksack was taken, while the robbers – one of whom appeared to have a large knife protruding from his bag – rode off with his £2,000 bike.

Ashton was later identified via social media messages sent to his co-accused, in which he bragged of the attack.

In the early hours of the following day, a burglar carried out a reconnaissance mission on a garage on Whetstone Hey.

This offender gained entry via the roof and cut cables to a CCTV camera before leaving.

During this and a second trip at around 12.30am on August 22, they took an air rifle, a pistol, two motorbikes, a push bike and a toolbox.

On August 23, police raided a house on King Street where Ashton and co-defendant Ethan McLoughlin were present.

Among the items seized were the keys to stolen Audi and Volkswagen Tiguan cars.

A video found on 20-year-old McLoughlin’s phone showed the pair inside the former vehicle.

Meanwhile, a stolen motorbike was discovered in the back yard and the backpack taken in the robbery and items from the burglary were also discovered – including the guns and pellets.

Ashton was subsequently released under investigation by Cheshire Police.

He has nine previous convictions for 18 offences, including being jailed for 23 months in 2018 after he and another yob broke a man’s arm in Sankey Valley Park in Warrington by stamping on him.

The thug was found guilty of wounding and possession of a bladed article in a public place after a trial last month.

This life-saving treatment and emergency surgery means you are being sentenced for wounding and not for manslaughter.

“It was a prolonged and persistent attack against a man who was heavily outnumbered. I have come to the conclusion that you are a dangerous offender.”

Twenty-one-year-old Kyle Ashton, of Newton-le-Willows, was cleared of wounding by a jury after a trial in connection with the stabbing.

History teacher, 46, found dead at nature reserve after being interviewed by police