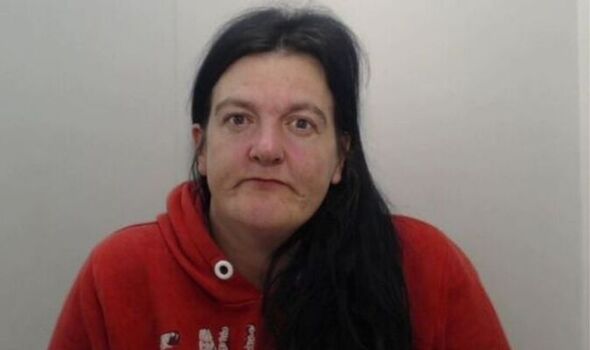 A drug addict stole almost £3,000 from a vulnerable woman with dementia whom she befriended.

Lisa Owen, who was jailed for 40 months, met the victim in a shop and offered to help walk her home with her shopping.

Manchester Crown Court was told of the 38-year-old’s criminal history, which spanned some 52 convictions for 115 offences, including 48 counts of dishonesty.

Craig MacGregor, prosecuting, said from then on, Owen would visit her nearly every day, offering to take her bins out and do her shopping for her.

She even offered to help decorate her flat, reports Manchester Evening News.

However, the court heard that the relationship was discovered by a member of staff working for a support programme at the victim’s apartment complex.

Mr MacGregor said the staff member noticed her “finances didn’t add up” and knew she had been “financially exploited” previously.

He said the witness “became concerned” when Owen went to the shop to buy cat food and chocolate for the victim with a £20 note but “did not return any change” to her.

Another welfare coordinator then visited the victim’s home and saw a bank statement that showed numerous withdrawals.

The police were alerted, the court heard, and officers viewed CCTV footage from cash machines referenced in the statement.

Mr MacGregor said: “This amounts to a total of £2,868.75 where Lisa Owen can be seen at the cash machine at the times where the card was used.”

Owen was arrested and bailed with a condition not to go to the victim’s home.

But the court heard she returned a number of times and on August 18, stole £35 from the victim’s coat inside her flat, pushing her to the ground as she left.

In a victim impact statement read out to the court at the hearing last week, the woman said: “I didn’t want to believe that she could be doing this to me.

“I never questioned her on it as I never thought she was doing it until the police came round with my support worker and explained my bank statement to me.

“I feel very upset by what has happened.

“The money that was in my bank account was money left to me through inheritance from my mother when she passed.

“I thought Lisa Owen was my friend and helping me out.

“It upsets me that this is the second time this has happened to me now where people have taken money from me.

“I have moved house before because of this and I don’t want to move again.

“It just puts me off wanting to meet people and I can’t trust people anymore.”

Owen pleaded guilty to seven counts of fraud, burglary and two counts of possession with intent to supply Class A drugs.

She was jailed for 40 months at a sentencing hearing on Monday, November 28.

Owen, the court heard, was also caught by undercover police officers engaged in an anti-drug dealing operation in Holt Town, an area between New Islington and the Etihad Stadium.

The court heard she acted as a “conduit” between a drug dealer and the undercover officers for deals of heroin and crack cocaine.

Mr MacGregor said: “She acted as a go-between. Over time, Lisa Owen became more closely connected. She became a part of this drugs line.

The judge, Recorder Carwyn Cox, said Owen’s frauds and the burglary had a “significant impact” on the victim.

“She trusted you and you betrayed that trust,” he told her.

Judge Cox said drugs had “blighted” Owen’s life and that she got involved with the dealing in Holt Town “in order to feed her habit”.

“It has taken over her entire life,” he added, saying her addition had led to ‘numerous tragedies in her life.

“She accepts she took advantage of the relationship. It was selfish offending. She was using crack cocaine and heroin. She is regretful, ashamed and disgusted.”

Owen appeared from custody at the hearing and Mr McKail said it was the first time she had been drug free since her teenage years.