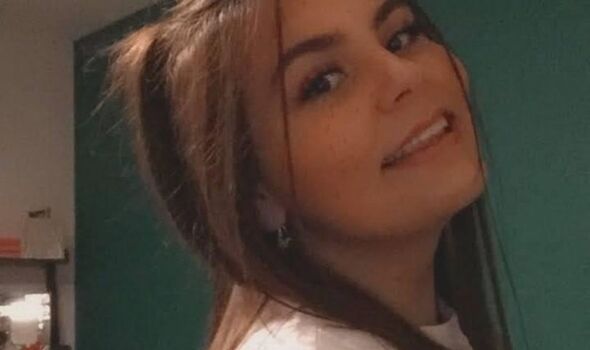 A young woman took her own life ahead of the anniversary of her dad’s suicide.

Ava-Jane Van Der Merwe had suffered with her mental health since 2014, when she was just 13 years old.

The following year, her dad, Peter, commit suicide at age 38, and in 2016, her little sister, Esme, died after suffering from Rett syndrome, a rare brain disorder.

Her mum Mary, a midwife, spoke at the time about her financial difficulties while she was off work as she grieved for her daughter and husband.

Ava-Jane, from Burscough, Lancashire, was repeatedly referred to mental health services throughout the subsequent years, and despite her initial willingness to engage, she failed to show up for her follow-up appointments, reports Lancs Live.

In June 2021 she attended A&E at Southport and Ormskirk District General Hospital after telling a friend she felt suicidal.

In August 2022 Ava-Jane’s friend Jay Davies called 999 after she had sent him a message on Snapchat saying she had taken an overdose.

Jay had asked Ava-Jane where she was and after telling him she was by the locks at the canal-side Ship Inn he raced to the scene.

In a statement made later to police Jay, a bar manager, said: “I arrived first [before the police]. She opened her eyes and was grumbling. I pulled her away from the canal. Her mobile phone rang and I answered it and a woman said she was Jo, Ava’s friend Hannah’s mum. Fifteen minutes later the police arrived.”

An inquest held on January 9 at Preston Coroner’s Court heard how although Ava-Jane, who was studying at biochemistry at the University of Liverpool, was initially semi-conscious her condition deteriorated as police and Jay waited for the ambulance.

Ava-Jane’s mum Mary, who asked for the hearing to go ahead without her attending, said in a statement that Ava-Jane had suffered from depression since she was 18.

Referring to the night before Ava-Jane die, Mrs Van Der Merwe said: “I was working that day, I arrived home at 7pm and went to see Ava-Jane in her bedroom and asked if she wanted a takeaway. I went to bed and had no idea she had gone out.”

The inquest heard several statements from mental health practitioners who have had dealings with Ava-Jane over the years.

She told them that she had suicidal thoughts but had not acted on them.

Ava-Jane’s GP, Dr Rachel Tilley from Stanley Court Surgery in Burscough, said that the night before Ava-Jane died she had attended an appointment at 7pm.

An urgent referral was made to the mental health team and Ava-Jane should have been contacted within one to five hours by staff from Lancashire and South Cumbria NHS Foundation Trust but it wasn’t until the following day when Ava-Jane had already died.

An investigation by the NHS trust revealed that the staff member who was working when the GP’s referral was made “was working within the old time frames” and therefore hadn’t realised Ava-Jane should have been contacted immediately.

Issues with staffing had affected the trust at the time but these were said to have been resolved and other changes have been brought in following Ava-Jane’s death.

Assistant Coroner Kate Bisset, who had been provided with a picture of Ava-Jane by her family, described the 21-year-old, who had been enjoying working as a medical secretary at a GP practice, as a “wonderful and happy young woman” who had a bright future ahead of her.

Returning a conclusion of suicide Ms Bisset said: “I am so very sorry to Ava-Jane’s family for their loss.

“Her life had so much promise and potential notwithstanding the tragedies she had experienced.”

You don’t have to suffer in silence if you’re struggling with your mental health.

Depression Alliance: A charity for people with depression. No helpline, but it offers useful resources and links to other information.

Students Against Depression: A website for students who are depressed, have low mood, or are suicidal. Click here to visit.

Campaign Against Living Miserably (CALM): For young men who are feeling unhappy. There is a helpline: 0800 58 58 58 or visit the website.

Kate ‘put on the spot’ over wish to speak with her younger pregnant self ‘Is that weird?’