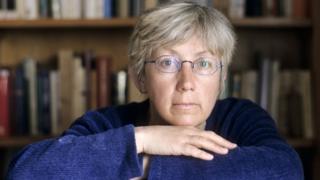 The all-women board on the Vatican women’s magazine have resigned citing a campaign to discredit them and put them “under the direct control of men”.

Founder Lucetta Scaraffia said pressure on staff at Women Church World had intensified after it had published reports about sexual abuse of nuns by other members of the clergy.

The magazine comes as a monthly supplement in the Vatican daily paper.

Her criticism was made in an open letter to Pope Francis.

Last month, the Pope publicly acknowledged that nuns had been abused by the clergy and said the Church was still attempting to address the “scandal”. He was speaking days after Women Church World highlighted a culture of abuse of women.

Why did the editors quit?

“We are throwing in the towel because we feel surrounded by a climate of distrust and progressive de-legitimisation,” said Ms Scaraffia, in a letter addressed to Pope Francis. She said later that there were 11 women on the magazine and they had all quit.

Launched in 2012, Women Church World is published every month in Vatican daily L’Osservatore Romano and is the only Vatican publication exclusively run by women.

It was seen as a turning point in the treatment of women’s issues by both the newspaper and the wider Vatican and was published in Spanish, French and online in English.

For the first time, a group of independent women had been able to work at the heart of the Vatican, with the support of two popes, said Ms Scaraffia, referring to Francis and his predecessor Benedict XVI.

Although they had not been first to speak of exploitation and sexual abuse that nuns had suffered, they had reported it after the facts had emerged, and had received letters from ordained women who had told of their experiences, she said. “We could no longer stay silent,” she wrote.

But she said the Vatican newspaper’s new editor, Andrea Monda, had tried to control the magazine’s editorial line and bring in external collaborators. The freedom of speech – “parresia” – that Pope Francis had so often sought was being abandoned.

“They are returning to the practice of selecting women who ensure obedience,” she said.

Mr Monda reacted on Tuesday with a promise to continue publishing Women Church World and he denied that anyone had been selected on the basis of obedience.

He insisted he had guaranteed the magazine’s board complete autonomy and had not undermined them.

“In no way have I chosen anyone, man or woman, with the criterion of obedience,” Mr Monda said in a statement.

Why did Martin Bashir forge bank statements ahead of Princess Diana interview?