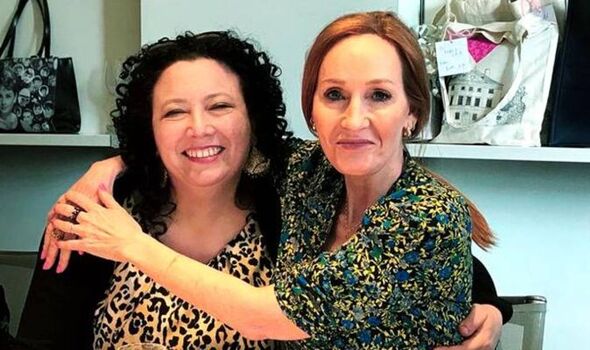 But yesterday Ms Forstater, 47, won three fresh claims in an employment tribunal after an appeal. Her success was applauded by Harry Potter author JK Rowling, who said that every woman who has been “harassed, silenced or bullied” for defending their biological sex is now safer as a result.

Tax expert Ms Forstater’s contract at the think tank Centre for Global Development was not renewed in 2019. That was after she tweeted biological sex could not be changed.

However, in yesterday’s judgment, employment judge Andrew Glennie said the decision by CGD not to offer Ms Forstater a contract or renew a fellowship was a direct discrimination related to her beliefs.

JK Rowling, who has faced a sustained barrage of criticism for voicing her belief that sex is determined by biology and supported Ms Forstater’s case on social media, was delighted with the decision.

The author tweeted yesterday: “Every woman who’s been harassed, silenced, bullied or lost employment because of her gender critical beliefs is freer and safer today, thanks to the warrior that is @MForstater.

Ms Forstater, who lives in St Albans, Hertfordshire, said in a statement afterwards that the case “matters for everyone who believes in the importance of truth and free speech.”

She added: “We are all free to believe whatever we wish.”

“What we are not free to do is compel others to believe the same thing, to silence those who disagree with us or to force others to deny reality. Human beings cannot change sex. It is not hateful to say that. In fact it is important in order to treat everyone fairly and safely.”

“It shouldn’t take courage to say this and no one should lose their job for doing so.”

“I am pleased the tribunal has allowed me to put on record what happened to me at the Centre for Global Development.”

“The tribunal has found that I was a victim of discrimination because I stated that biological sex is real and important, a view shared by the vast majority of people in this country. I just hope employers will take note of the judgment.”

Ms Forstater previously took her case to an employment tribunal on the grounds that the sacking constituted discrimination against her beliefs. Employment judge James Tayler originally dismissed her claim.

But High Court judge Mr Justice Choudhury later ruled that the judgment had “erred in law.”

A statement from CGD Europe said the think tank’s primary aim has “always been to uphold our values and maintain a workplace that is inclusive to all.” 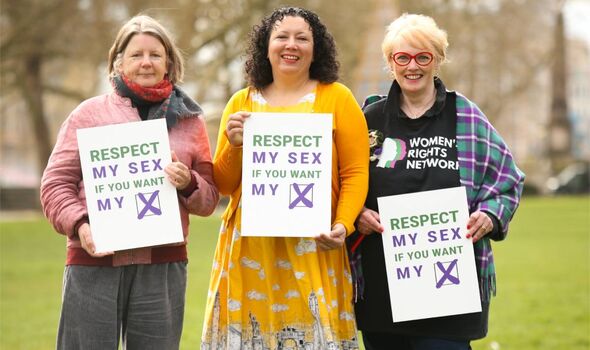 And the battle I’ve fought for the last three years – all the stress and strain on my family – feels worth it.

Mainly, though, I’m thinking about the thousands of women in the same boat who have been too frightened or intimidated to speak up at work because they were terrified they would lose their jobs. Many of them are in jobs where biological sex really matters – like teachers, nurses and social workers.

I was the victim of discrimination.

And now employers everywhere will have to take note of the judgment.

Workers in the public and private sectors, in the arts, cannot be cancelled because they do not believe that a biological man can become a biological woman and vice versa.

I didn’t win this case alone. I had huge support, not least from JK Rowling, whose tweet this morning made me cry.

She has been stalwart in her support and never backed down in the face of many attacks. I’m hugely grateful.

My campaign group Sex Matters will carry on helping people to understand the law and help organisations understand that they cannot impose their beliefs about gender on to staff and customers.

They have to respect that people have different beliefs.