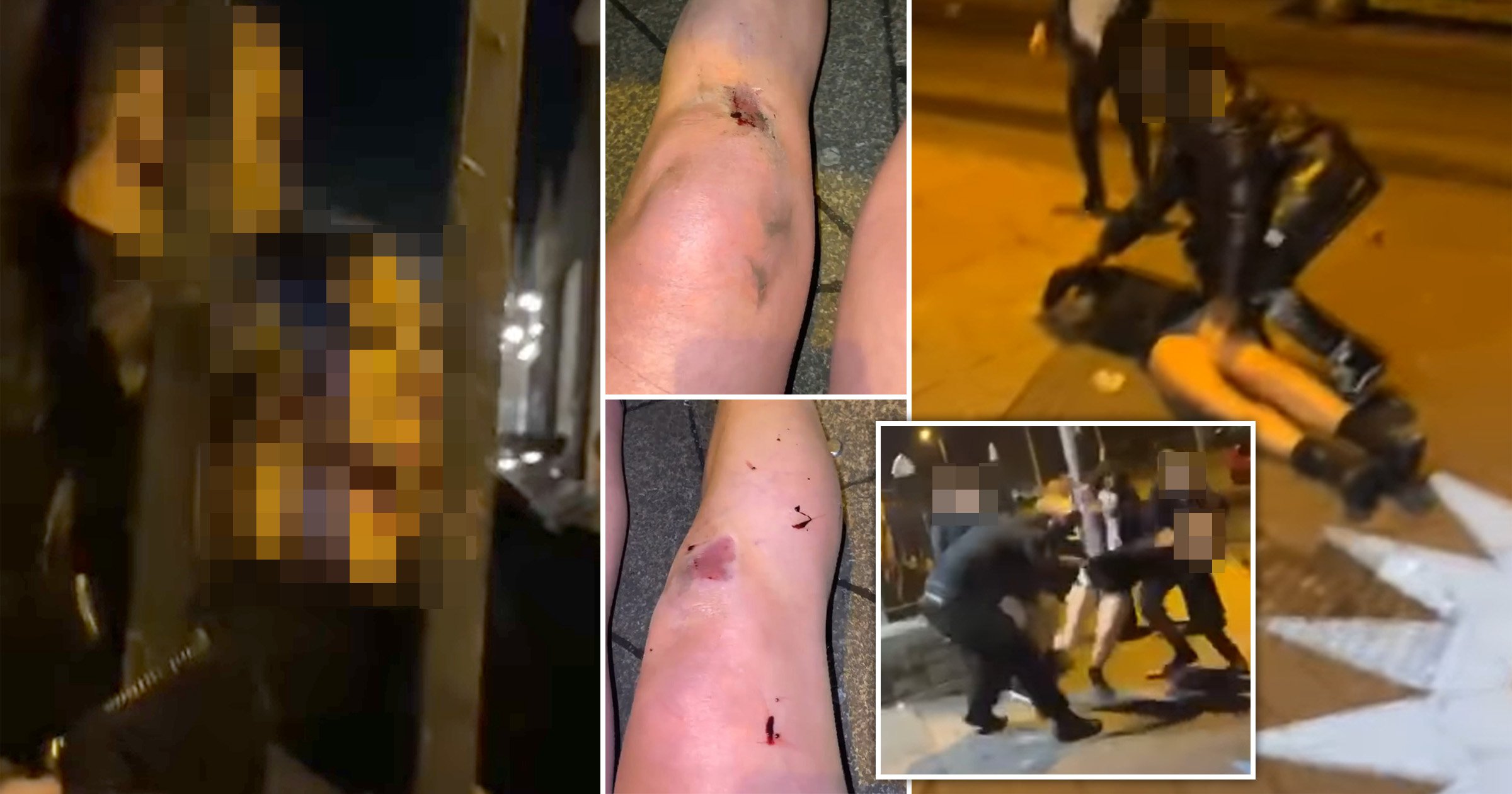 Three nightclub bouncers have been suspended after shocking video footage showing a woman being shoved to the ground and dragged by her hair was posted on social media.

Niamh Watson claims she and her friends were punched, thrown around and pulled along the floor by door staff outside Stealth in Nottingham in the early hours of Sunday morning.

Stealth said it is ‘appalled’ by the incident and has since suspended three of the bouncers.

Ms Watson wrote on Facebook: ‘Went to Stealth in Notts last night for the bouncers fully grown men to be abusive to one of my friends and resulted in them throwing me and my friends around the floor dragging me by my hair strangling me against the gate punching my friends stomach and throwing her into a car in the road.

‘The police turned up and didn’t care in the slightest and basically said it was okay for them to do this however if it was the other way round we’d of all been arrested there and then.

‘Absolutely vile place as it is and good excuse to never go back.’

One clip appears to show a bouncer throwing a woman to the floor outside before she is dragged along the pavement back towards the nightclub.

Another shows a woman being pushed up against some railings as she screams ‘get off me’.

A different woman is also seen hitting one of the bouncers before she is thrown to the ground.

DHP Family, which runs Stealth, said in a statement: ‘We’re appalled by the video footage circulating regarding an incident outside our venues on Goldsmith Street.

‘We understand how distressing they are and have taken the immediate decision to suspend the door staff involved while we carry out an investigation.

‘Police were called on the night to assist and questioned the customers and door supervisors involved.

‘We have invited the police to follow up and view our CCTV footage and will happily assist if they wish to investigate further.’

They will also be reviewing the company contracted to provide security staff ‘to assess its suitability to continue supplying door staff to our venues’.

Insp Paul Gummer of Nottinghamshire Police said: ‘Officers were called to reports of an altercation in Masonic Place at 2.38am on Sunday, November 8.

‘After talking to those involved, and independent witnesses, officers dispersed the group and provided first-aid treatment to a woman.

‘The following morning the injured woman reported an earlier incident that happened prior to our arrival and enquiries are ongoing into that report.’

Prince Harry reveals moment he knew Meghan was 'the one'

Madame Tussauds splits up Duke and Duchess of Sussex waxworks