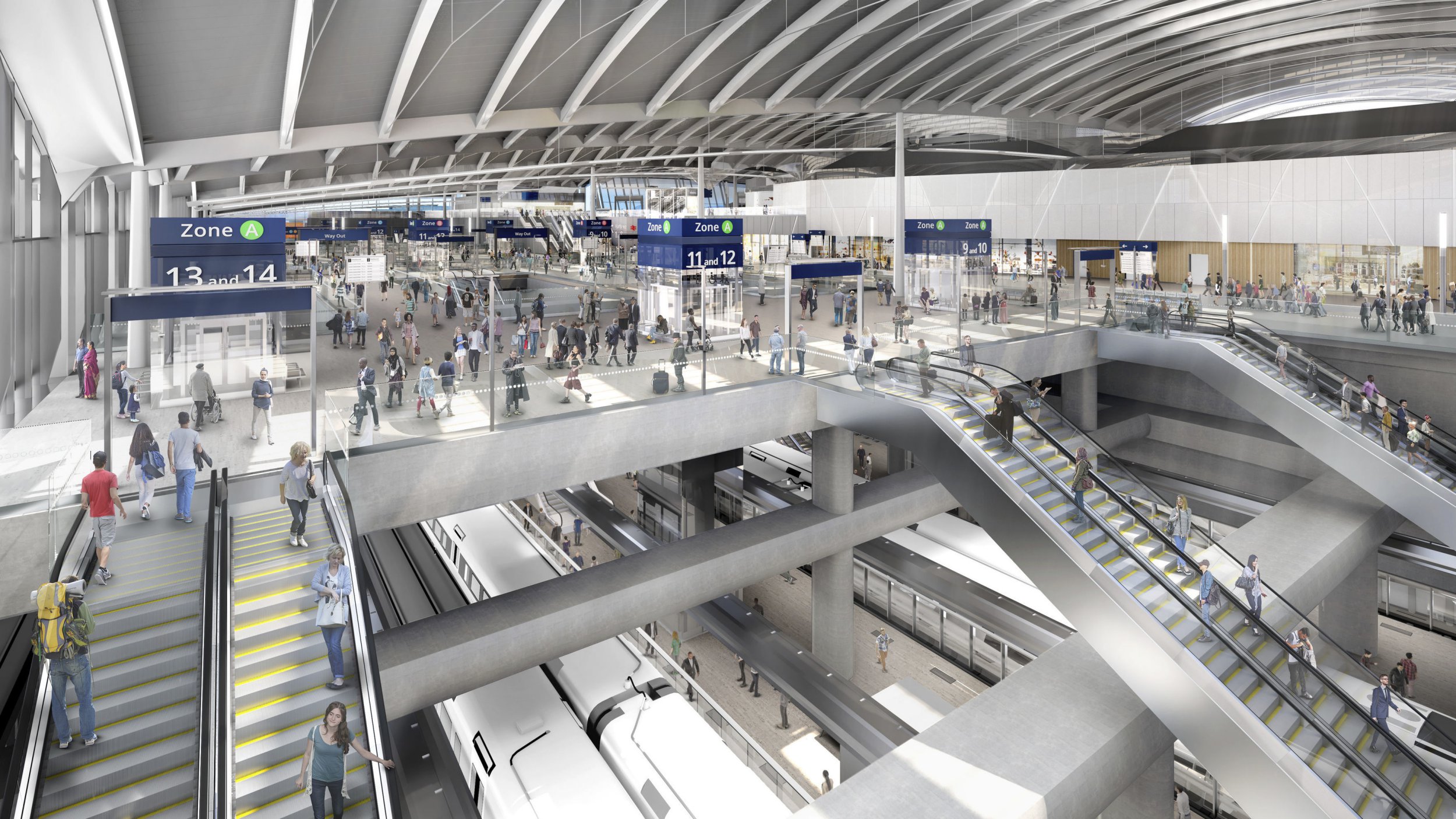 Building work is set to begin on HS2’s huge new London station amid opposition to the rising costs and impact of the scheme.

With 14 platforms Old Oak Common railway station will be the UK’s biggest ever to be built from scratch.

HS2 Ltd projections show it could carry 90 million passengers a year, second only to Waterloo.

But it remains to be seen whether it will reach this level, with public transport use plummeting since coronavirus struck and many companies letting employees opt to work from home.

The west London station will create 2,300 jobs and 250 construction apprenticeships, transport secretary Grant Shapps said ahead of a site visit today to mark the start of construction.

It’s being built across 32 acres near Acton on a former Great Western Railway depot.

A 1.1-mile-long underground tunnel will be dug to accommodate six HS2 platforms for services to major cities in the Midlands and north.

Once the underground section is completed, a further eight platforms will be built.

Four of these will run services on the new Crossrail network, with another four connecting to lines to and from the South West and Wales.

A roof covering the area of more than three football pitches will be covered in solar panels.

The new station was expected to cost £1.3 billion but this has reportedly now risen to £1.67 billion.

Concerns about the overall price of HS2, which is said to be Europe’s largest infrastructure project, continue to be raised.

The Financial Times reported on Monday that they have jumped by another £1.7 billion in the past year.

HS2 Ltd has denied the increases and said the scheme’s £44.6 billion budget for phase one between London and Birmingham includes £5.6 billion of contingency funds.

Opponents HS2 Rebellion, an alliance of groups and individuals, say the project will have an impact on 108 ancient woodlands and will not be carbon neutral for more than 120 years.

Once the network is fully up and running, journeys from Old Oak Common will take just 38 minutes to Birmingham, 64 minutes to Manchester and 74 minutes to Leeds. London Euston will be just a five minute stop.

Prince Philip and Queen: How Queen relies on Duke’s ‘sage advice’ amid crisis