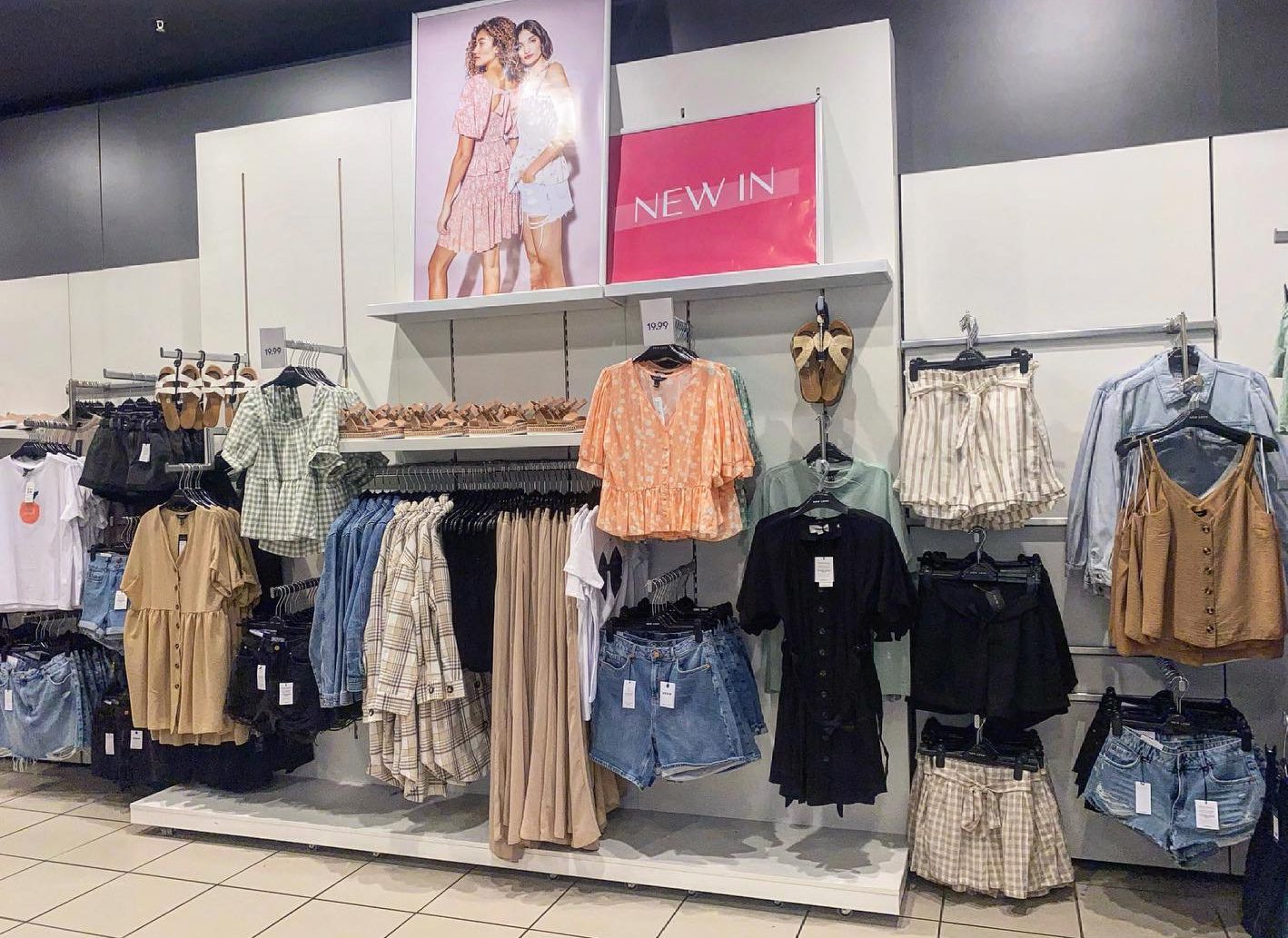 A former New Look shop assistant has been awarder over £12,000 in compensation after her boss told her to wear ‘more fashionable’ shoes.

Samantha Jackson told a tribunal she felt bullied by line manager Kirsty Sherburn, who knew she had a knee condition and needed to wear comfortable footwear.

Ms Jackson had been wearing Nike trainers to her job on the shop floor, but after publicly criticising her for another issue Mrs Sherburn then told her not to come in again wearing those ‘horrid orange things’.

The Sheffield panel heard Ms Jackson worked at the Crystal Peaks store in the city as a sales assistant from September 2003 until April 2019.

She went on sick leave with work related stress as a result of this incident, shortly before filing a grievance.

In January 2019 the grievance was dismissed and she was invited to a mediation meeting which the tribunal found was not conducted in a reasonable manner as there was ‘no real attempt to mediate’.

In April 2019, felt she was left with no option but to resign.

An employment tribunal has ruled that failures by New Look amounted to a breach of trust and confidence, causing unfair dismissal.

Employment Judge Jonathan Brain said he found that Mrs Sherburn had ‘unreasonably upbraided’ Ms Jackson about her shoes and ‘did so in a fit of pique or temper’.

She had told the junior employee off in public in the shop, rather than taking her aside to speak to her.

It happened after Ms Jackson had spent a long time serving a customer towards the end of the day, which she says was due to a faulty till.

‘There were in fact problems with the operation of the till although Kirsty took no time to discover this – she simply berated me about this.’

‘At the same time as telling me off about the till Kirsty also berated me about what she described as inappropriate footwear.

‘New Look has no set or rigid policy with regard to footwear and as Kirsty and New Look were aware I have a condition with my knee – hyperflexion.

‘This is a painful condition and I need shoes that are sufficiently comfortable to ensure that I can stand all day on the shop floor.

‘During the incident Kirsty told me in strident terms that my footwear was inappropriate for work and that she didn’t expect to see me in those or the ‘horrid orange things’ again. She was wound up and highly heated during this exchange.’

She added she was ‘made to feel incompetent and treated like a naughty child’ in the incident.

‘As I turned to walk away Kirsty said, “and by the way you are not to wear those trainers again to work”‘, she added.

She said her boss told her she should wear brands such as Converse or Vans if she had to wear trainers, but Ms Jackson said: ‘None of these brands of footwear provide the same level of cushioning as the Nike trainers I have been recommended to wear.’

Mrs Sherburn told the grievance investigation she asked Ms Jackson if she needed some refresher training as serving the customer had taken a while.

‘This wasn’t a heated conversation and I didn’t think it was significant,’ she said.

‘I noticed Sam’s trainers were really mucky. I told her something like, “you can’t wear those Sam, they’re too dirty”.’

But the tribunal found that there was no reason for Mrs Sherburn to criticise Ms Jackson’s footwear on that day.

Judge Brain said: ‘We find that [Ms Jackson’s] training shoes worn that day were not dirty.

‘There was no evidence that there was a history of [Ms Jackson] turning up for work in dirty footwear or inappropriate clothing.

‘This is because she was displeased with [Ms Jackson] about the length of time taken to process the transaction and the disruption that this caused to her busy day.’

In her resignation letter, Ms Jackson complained about not being paid the full sick pay owed to her.

The tribunal found the calculations made by New Look were wrong and this was one of the reasons – as well as the till and trainers incident and the handling of her grievance – for her resignation.

Judge Brain concluded: ‘There can be no reasonable and proper reason for a store manager to treat a junior employee in this manner.’

Ms Jackson was awarded £12,138.40 in compensation for unfair dismissal.

After Deadly Floods, a German Village Rethinks Its Relationship to Nature

Royal holiday: What Kate, William and the Cambridge children are up to this bank holiday?

Bride and groom posing for pictures on train track among 5,000 trespassing incidents on the railways