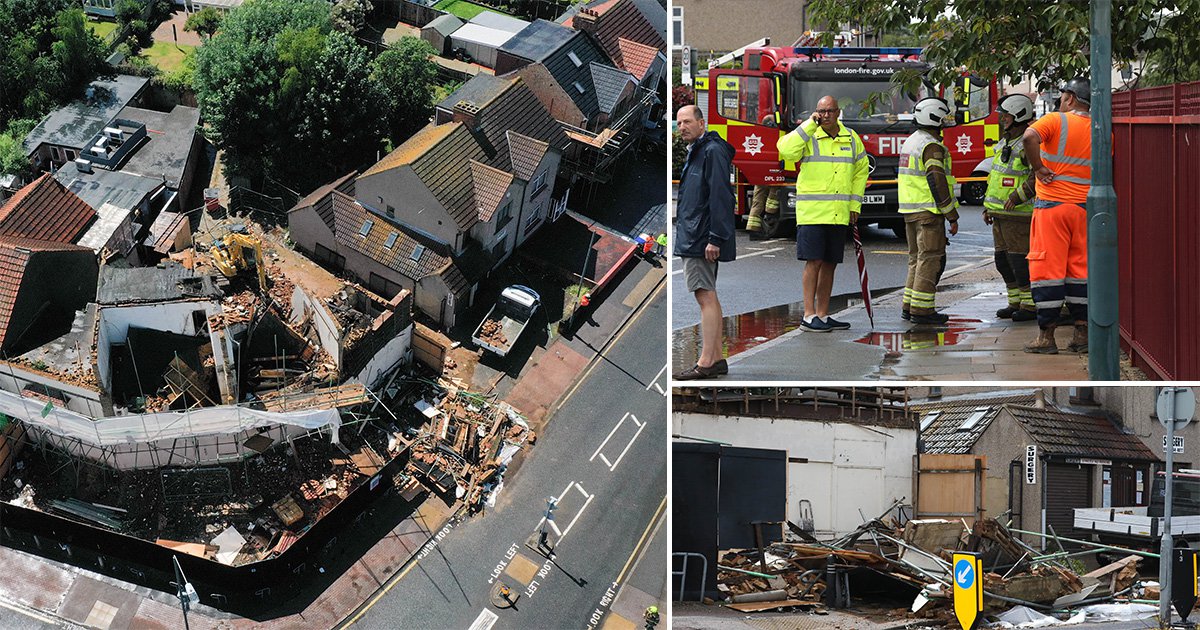 A workman has been pulled from rubble after a building collapsed onto a street during a demolition.

Part of the structure fell onto a road, along with scaffolding, at around 1.20pm on Tuesday.

The building was empty but construction workers were nearby in Welling, South East London.

A witness said they saw workers carry one of their colleagues away.

Paramedics raced to the scene but no one was taken to hospital.

The scaffolding was said to be ‘left in a precarious position’ following the collapse.

The onlooker said: ‘There was an ambulance and a paramedic there, as well as fire engines and a police car.

‘The wall has basically fallen out onto the pavement on one side of the street.

‘My daughter goes to the school opposite, but luckily the playground is far enough away that the children wouldn’t have been affected.’

It comes after firefighters had to rescue 13 people from the rubble of a Notting Hill flat after the roof caved in. Locals said it was ‘amazing no one got killed’.