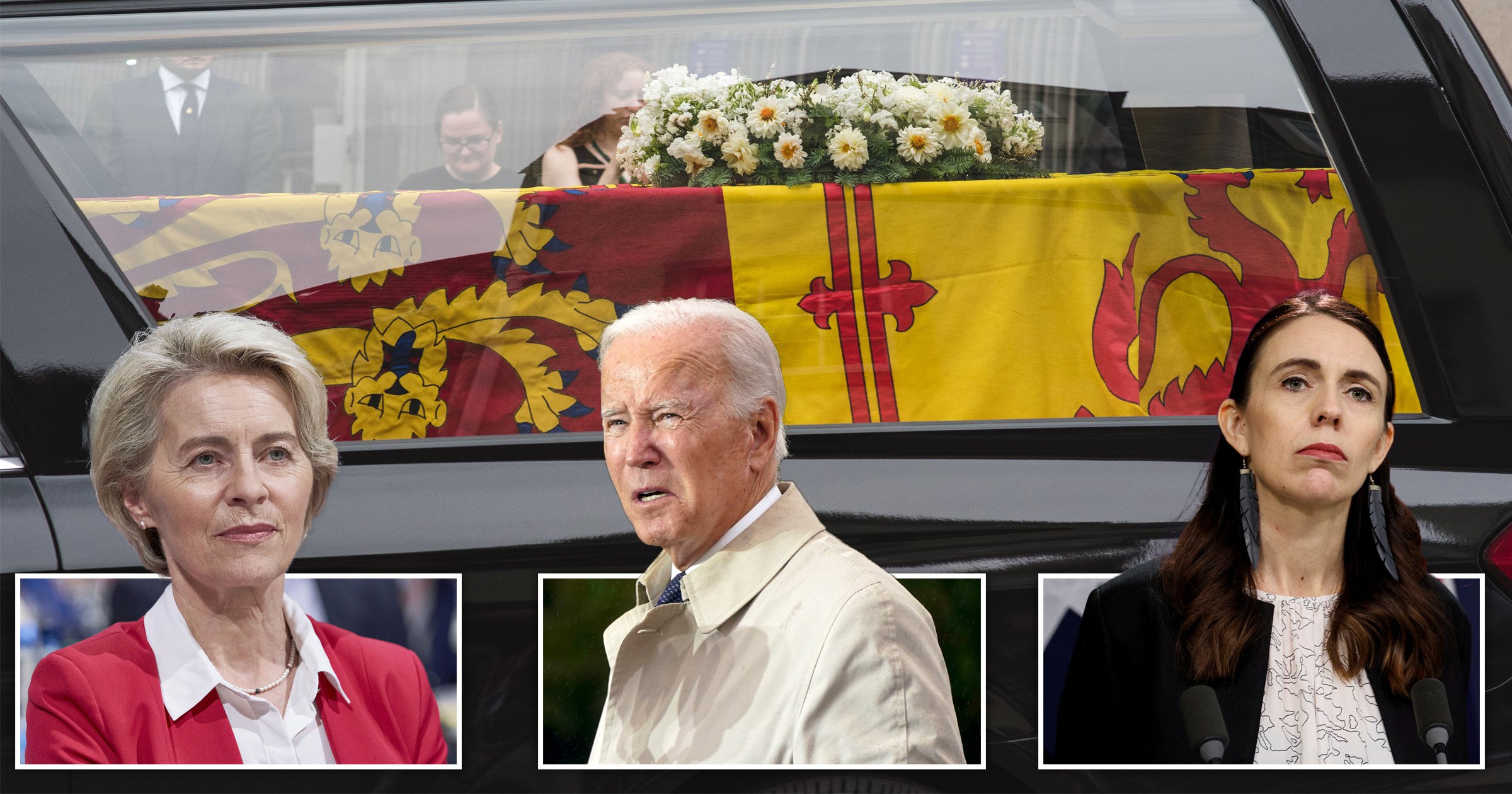 Foreign heads of state will all have to take an escorted coach together to the Queen’s funeral, a new report claims.

State cars are banned and world leaders will apparently travel en masse from a location in west London due to ‘tight security and road restrictions’.

They have also been urged to arrive in the UK on commercial planes ‘where possible’, it’s believed.

On top of this, they have been stopped from using helicopters ‘due to the number of flights operating at this time’, according to leaked documents seen by Politico.

One foreign ambassador is said to have asked ‘can you imagine Joe Biden on the bus?’ after the UK Foreign Office sent a document detailing the plans to embassies across the world on Saturday.

It comes as the White House confirms Mr Biden will travel over along with wife Jill to say a final farewell to the beloved British monarch.

Japan’s Emperor Naruhito, Turkey’s President Recep Tayyip Erdoğan, and French President Emmanuel Macron are also likely to travel to pay their respects to Her Majesty, among many other world leaders.

Due to limited space, leaders are only allowed to have their spouses at the service, it’s said.

‘No other members of the principal guest’s family, staff or entourage may be admitted’, the document reportedly reads.

Official plans for the funeral have yet to be set out, but Westminster Abbey has space for 2,000 people.

Heads of state who can’t come may choose someone else as their official representative.

Those in attendance will meet King Charles III at a Buckingham Palace reception on the evening before the funeral, it’s reported.

They will be able to visit the Queen’s body when it is lying in state and to sign a book of condolence at Lancaster House.