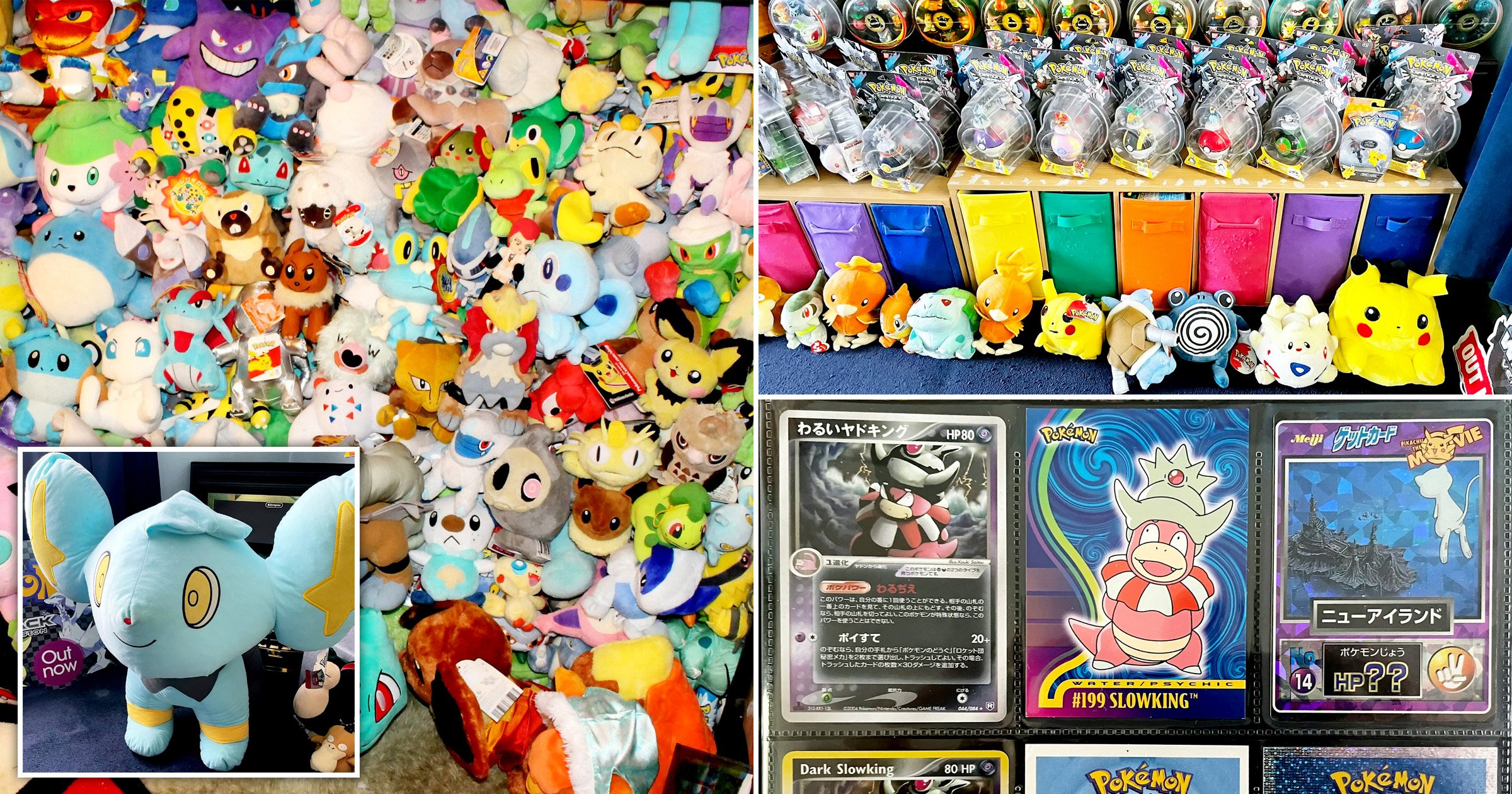 The world’s largest Pokémon collection could be auctioned for up to £300,000.

An anonymous superfan from Hertfordshire has amassed a record number of items over a 25-year period, with more than 20,000 of them set to go under the hammer.

The array of items come from across the globe – including the UK, the US, France and Japan.

Sadly, the superfan made the decision to sell her beloved collection due to ‘financial reasons’. The items will be sold all together on October 18.

However, the Guinness World Record Certificate, displayed at Hertford Museum, will be kept as an ‘important keepsake’. The seller will also keep some ‘sentimental’ items.

Hansons, an auction firm based in Etwall, Derbyshire, believes the collection could bring in up to £300,000.

David Wilson-Turner, head of the toy department at Hansons, told the BBC: ‘This is a fantastic once-in-a-lifetime opportunity to own the single largest collection of Pokémon memorabilia that has ever come to the market. It is currently being stored in a secure lock-up.

‘Pokémon has been soaring in value in the collectors’ market for six years.

‘Wealthy young people in their 20s and 30s who got into Pokémon when they were children are buying and prices have spiked.’

It is a ‘fantastic investment opportunity’, Mr Wilson-Turner added.

It comes after a woman from Virginia, US, shared her collection worth more than £42,000.

She spent the past 13 years building her haul – and even owns one of ten Pikachu VW Beetles.

She said: ‘I loved the cartoons and the game Pokémon Mystery Dungeon on the DS when I was a kid.

‘In high school, when everyone was going through their “scene” phase, it was common for people to collect and be obsessed with stuff so I decided that my niche would be Pokémon.’

Girl (7) might not have brain injury if delivered 10 minutes earlier, court hears