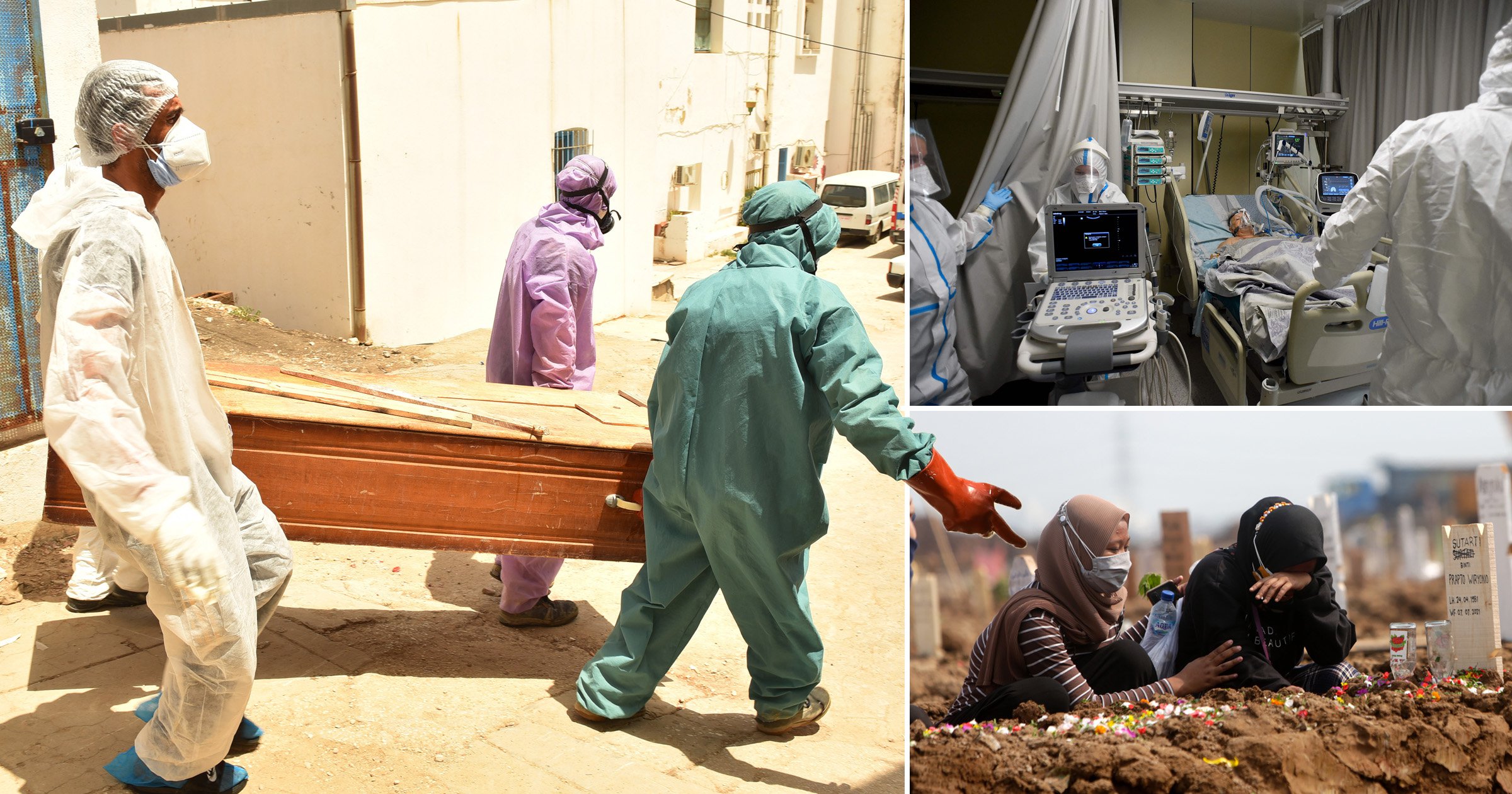 More than four million people around the world have now died from coronavirus, according to data from Johns Hopkins University.

Just three countries account for a third of those fatalities, with the US recording 606,000 Covid-related deaths, followed by Brazil with 528,000 and India which has registered 405,000.

Figures are collated from government agencies around the world, but the real death toll is expected to be far higher. This is mainly down to inadequate testing at the start of the pandemic, as well as many fatalities being inaccurately attributed to other causes early in the outbreak.

The grim milestone comes as the crisis increasingly turns into a race between the vaccine and the highly contagious Delta variant, which was first detected in India.

Data compiled by Johns Hopkins shows that global daily deaths have more than halved since peaking at 18,000 in January, averaging around 7,900 over the past week.

But the rapid spread of the Delta variant has set off alarm bells around the world.

It has been reported in 96 countries and the World Health Organisation (WHO) has warned it expects the strain to keep spreading.

Cases of the Delta variant have quadrupled in the space of a month in the UK and it continues to account for approximately 95% of confirmed infections.

In Europe, it is behind surges in Spain, where infections have rocketed to among the highest on the continent, and France, where there are fears of an impending fourth wave.

The strain currently accounts for more than half of new infections in the US and experts have warned it could become dominant within a matter of weeks.

It is similarly driving up infections in Asia, with South Korea having just recorded a record one-day case total of the pandemic so far.

A new wave is also sweeping across Africa, with the Delta variant now thought to be dominant in South Africa.

WHO vaccine expert Ann Lindstrand warned that the variants, uneven access to jabs and the lifting of restrictions in wealthier countries make for a ‘toxic’ and ‘very dangerous’ mix.

Instead of treating the crisis as a ‘me-and-myself-and-my-country’ problem, she said, ‘we need to get serious that this is a worldwide problem that needs worldwide solutions’.

Countries including Britain, the US and France have pledged to donate a billion vaccines to try and close the inequality gap.

But experts have called it ‘a drop in the ocean’, saying it will take closer to 11 billion doses to inoculate the world.

Of the three billion administered worldwide so far, less than 2% have been in the developing world.

United Nations Secretary-General Antonio Guterres warned in a statement on Thursday that the pandemic is ‘far from over’.

Calling for a global vaccination plan he said: ‘Vaccines offer a ray of hope – but most of the world is still in the shadows.’

He added that ‘the virus is outpacing vaccine distribution’.

Terrorist who plotted with Usman Khan also reoffended after being freed