Dowden asked about what Boris Johnson should do next

Mr Dowden claimed Boris Johnson would cause viewing ratings to go through the roof if he were to appear on Strictly Come Dancing. The comments were made after a video of Mr Johnson and his wife Carrie Johnson enjoying their first dance began circulating on the internet. The Conservative MP claimed he had not spoken to Mr Johnson for a while when asked by radio host Mike Graham before praising Mr Johnson for being a ‘remarkable force of energy’ and intellect.

Mr Graham said: “Do you still speak to Boris? And what do you think he should do next?”

Mr Dowden told TalkTV: “I haven’t been in contact with Boris since then no.”

Mr Graham said: “No, what Boris Johnson should do next?” 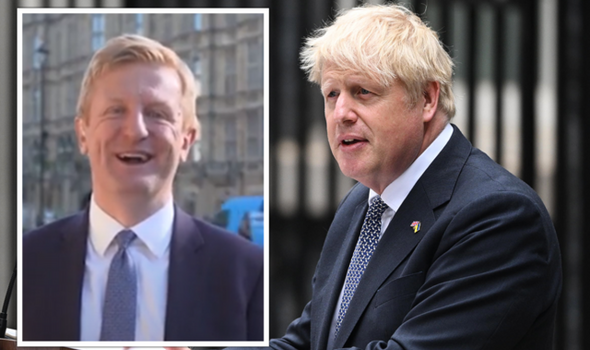 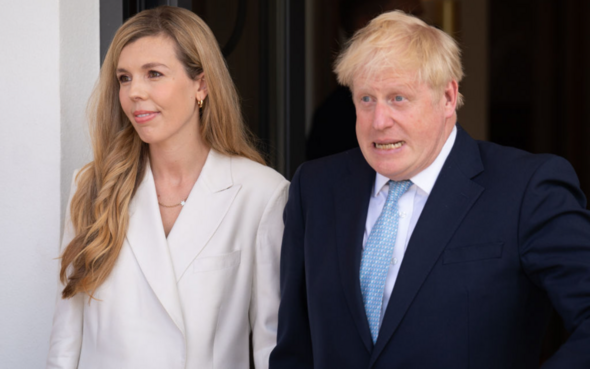 Mr Dowden said: “Boris Johnson is a very talented man, and I’m sure that he will be using his talents in all different fields.

“He’s a remarkable force of energy and… And intellect, and I’m sure he will be using that, in many different fields in the future.”

The radio presenter said: “Well after his performance at the wedding maybe he’ll be on Strictly.”

Mr Dowden added: “Actually Strictly is filmed in my constituency, I’d certainly love to go along and see him dancing in Strictly.”

Mr Graham said: “Would you like to see him on it?”

Mr Dowden said: “I think he would be totally fabulous on strictly, I think he would put Anne Widdecombe and all the other greats of Strictly into the shade, I’m sure their viewing figures would go through the roof”

Despite Mr Dowden’s positive outlook for future career possibilities for Mr Johnson, many other Britons want him to tackle the current economic crisis.

Mr Johnson will officially leave office on September 5 but is now under pressure to take charge of measures to tackle the cost of living crisis plaguing the UK.

The cost of living crisis is expected to worsen in autumn as the energy price cap rises again in October.

Mr Johnson has also faced criticism for being on holiday whilst the British economy struggles towards what the Bank of England expects to turn into a recession. 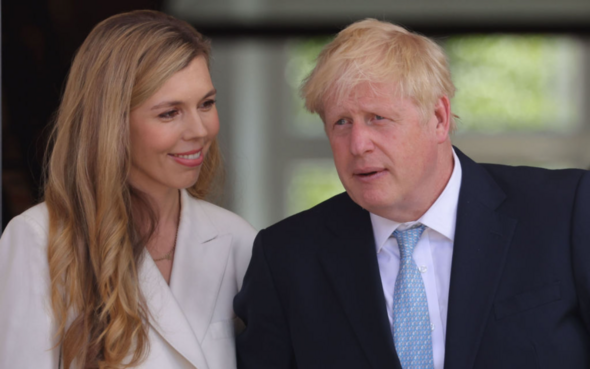 Ms Sturgeon wrote: “While we will continue to take all actions available to us within devolved responsibilities and budgets – the Scottish Government is investing almost £3 billion this year in a range of measures which will help address the cost of living pressures – it is a statement of fact that many of the levers which would make the biggest difference lie with the UK Government.

“It is also the case that only the UK Government can access and make available the resources on the scale required.

“Therefore, actions by devolved governments alone – though important – will not be enough to meet the unprecedented challenges we face.

“Action is needed now to address significant gaps in help for households, in particular those on low incomes, who are increasingly vulnerable to the impact of rising household costs.

“However, it is also vital, given further increases to energy bills due to be announced later this month, that a substantial plan be developed now to avert and mitigate what will otherwise be a crisis of unprecedented proportions.”

Prince Philip: Charles pays tribute to ‘dear Papa’ and says he was a ‘much-loved and appreciated figure’