Home » Europe » ‘Would do NOTHING to protect her!’ Dr Shola explodes at Royal Family over Meghan inquiry

The activist and writer took on Twitter to comment Buckingham Palace’s announcement over the much-anticipated report. Dr Shola claimed: “Clearly the bully claims against Meghan Markle are false because the Royal Family would do NOTHING to protect her.

“The bullying inquiry most likely incriminates the Royal Family which is why it’s being buried”.

Meghan has repeatedly denied the allegations of bullying made against her.

Buckingham Palace announced it would launch a private investigation after The Times newspaper reported allegations had been made by a senior aide to Meghan and Harry in October 2018 against the Duchess of Sussex by staff who had worked for her at Kensington Palace.

The allegations included claims Meghan had reduced some of the staff members to tears and pushed two others to quit with her behaviour. 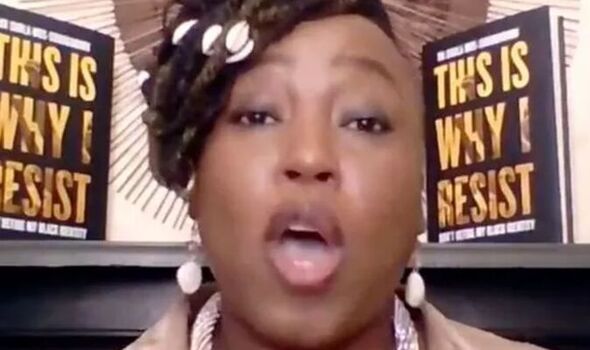 Meghan starkly denied these allegations, with one of her representatives branding the claims a “calculated smear campaign based on misleading and harmful misinformation”.

The statement also said: “We are disappointed to see this defamatory portrayal of the Duchess of Sussex given credibility by a media outlet.

“It’s no coincidence that distorted several-year-old accusations aimed at undermining the Duchess are being briefed to the British media shortly before she and the Duke are due to speak openly and honestly about their experience of recent years.”

The Times report was published just days before the Sussexes’ landmark interview with Oprah Winfrey was due to be broadcast in early March last year.

The investigation was carried out by a law firm and funded privately.

Sky News reported it understood only very limited numbers of people were interviewed as part of the process and the Duke and Duchess of Sussex’s organisation Archewell would not confirm if Meghan had been asked to be involved in the probe or told about its findings.

On the day it released its financial year report, the Palace also confirmed the investigation into the complaints had concluded.

It said the HR review had looked at how Palace staff had handled the complaints, rather than scrutinising details of the allegations themselves.

The Palace also said HR policies had been improved as a result of the probe.

However, it will not publish the details of the changes or the findings due to “confidentiality” reasons.

A senior palace source said: “Because of the confidentiality of the discussions we have not communicated the detailed recommendations.

Michael Stevens, the Queen’s treasurer who is known as Keeper of the Privy Purse, also said: “The review has been completed and recommendations on our policies and procedures have been taken forward.

“But we will not be commenting further.”

The Palace responded to Meghan and Harry’s allegations almost 48 hours after the interview was first broadcasted.

The short statement issued in March 2021 read: “The whole family is saddened to learn the full extent of how challenging the last few years have been for Harry and Meghan.

Euromillions jackpot winner: Going back to work as builder helped me cope