In an Express.co.uk poll – which ran from 9.30am to 10pm today – asked whether people would take the vaccine. Out of 8,521 votes, 62 percent of people voted in favour of taking the vaccine.

Just 32 percent would not take the vaccine when it became available and six percent said they don’t know.

One person said those who refuse to take the vaccine should not be able to “travel or visit crowded places”.

They said: “Fine, if you won’t take it but those who refuse should be denied the right to travel, visit crowded places, use public transport etc.

“I’ve no time for selfish self-centred people that refuse to do the right thing for the good of all.” 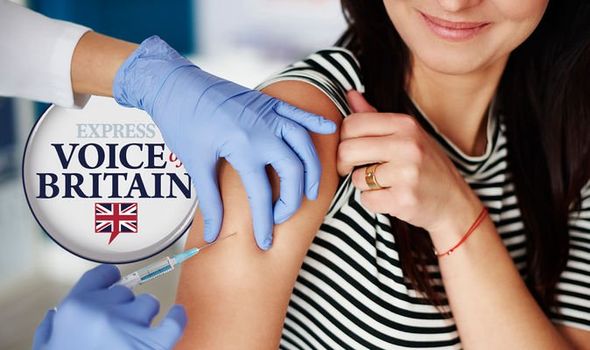 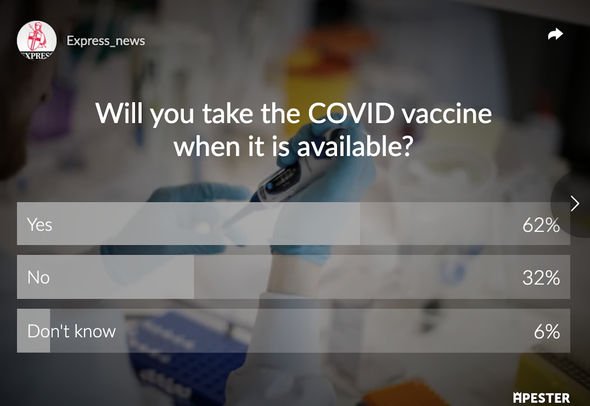 Someone else said they would consider taking the vaccine if every “MP and Lord” plus the Royal Family had the jab first.

They said: “Might consider it once every MP and Lord plus the Royal family have had theirs and mine comes out of the same bottle, but that is never going to happen so no I won’t be taking my chances with their poison.

“Seems a coincidence that most of those high up seem to have had the “virus ” is this so they can say they don’t need the vaccine.”

A third reader said everyone has the “right to refuse” it in a free society. 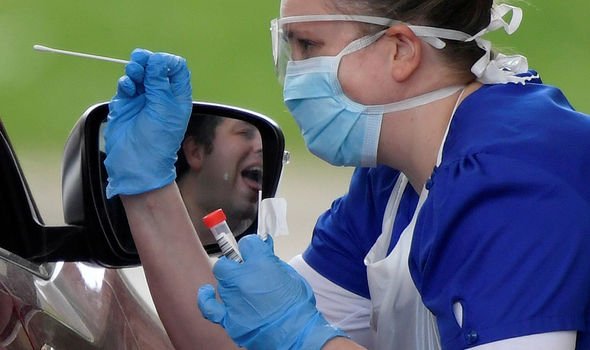 They said: “People have every right to refuse it in a free society.

“No one should have a needle thrust into them against their will.”

Dr Maheshi Ramasamy, an investigator at the Oxford Vaccine Group and consultant physician, said: “Older adults are a priority group for Covid-19 vaccination because they are at increased risk of severe disease, but we know that they tend to have poorer vaccine responses. 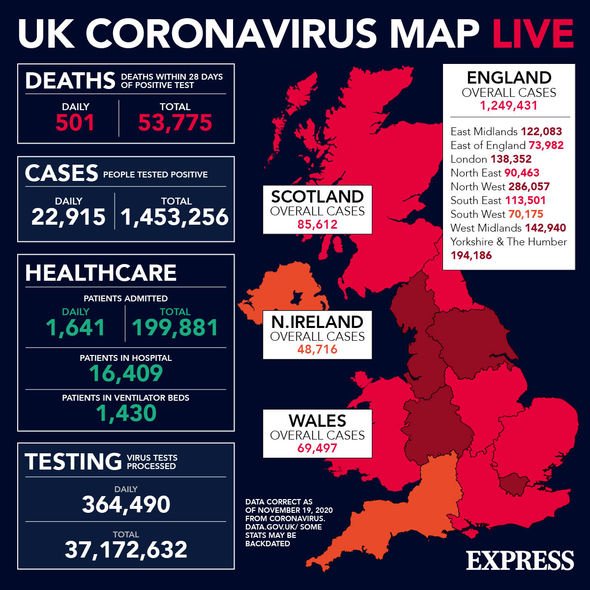 “We were pleased to see that our vaccine was not only well-tolerated in older adults, but also stimulated similar immune responses to those seen in younger volunteers.

“The next step will be to see if this translates into protection from the disease itself.”

The UK has ordered 100 million doses of the jab – enough to vaccinate most of the population – should it receive regulatory approval.

Meanwhile, Pfizer and BioNTech have announced that their vaccine candidate has shown 95 percent efficacy, with a 94 percent effectiveness in those aged 65 and over. 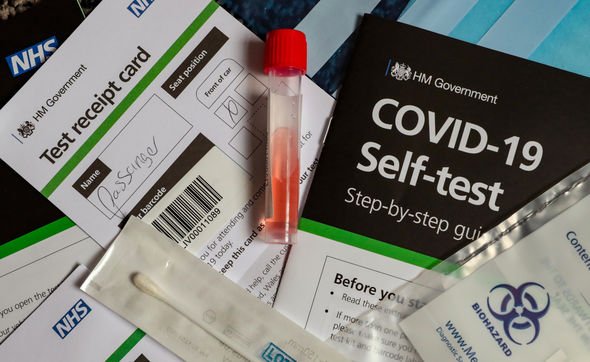 The UK has bought 40 million doses of the jab.

Dr Michael Tildesley told BBC Breakfast this week: “We do know that among some people there has been a bit of reluctance to have a vaccine, given the speed of development.

“I would say that it is really important that we get a large, high level of uptake when it is available so we can reach herd immunity, that’s really crucial at this point.”

Masked men drag protesting students in Belarus off the streets