Serial killer Peter Sutcliffe, also known as the Yorkshire Ripper, refused to be shielded in prison in the months before he died from coronavirus, an inquest has heard.

Sutcliffe had been warned he was vulnerable to COVID-19 by authorities at Frankland Prison, near Durham.

Coroner Crispin Oliver was told that Sutcliffe, who changed his name to Coonan, died on 13 November last year at University Hospital of North Durham, three miles from where he was an inmate.

The 74-year-old had been serving a whole-life term for murdering 13 women across Yorkshire and the North West between 1975 and 1980.

He was jailed in 1981 and spent several years at Broadmoor Hospital where he was treated for paranoid schizophrenia, before he was transferred to HMP Frankland in 2016.

Sutcliffe – who was obese and had a number of health problems, including diabetes and heart issues – had been treated for a suspected heart attack two weeks before returning to prison.

The inquest heard that one of the killer’s last acts in prison was falling from his bed while trying to change the channel on his television, but he did not suffer any injury.

He was first taken to hospital on 27 October after feeling dizzy and being diagnosed with a blocked heart by the prison’s healthcare unit.

The killer returned to prison on 4 November and it was after this first hospital stay that he tested positive for coronavirus. 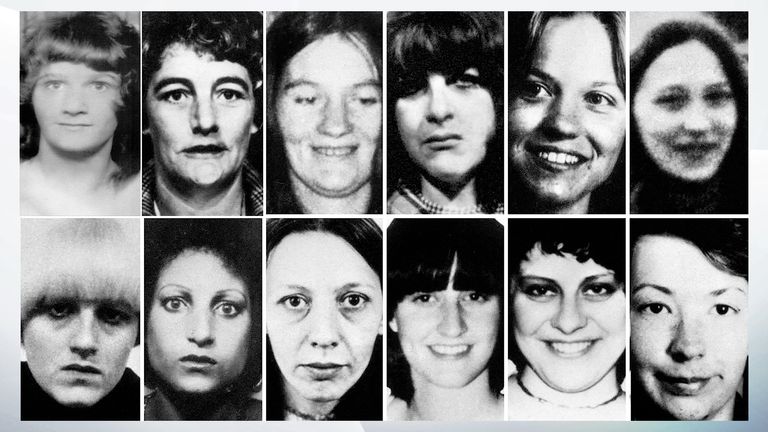 Prison nurse Angela Spence said Sutcliffe was treated with antibiotics for a cough but he had a rapid heart rate and his health subsequently deteriorated.

Sutcliffe went in and out of hospital both on 8 and 9 November, before being admitted a final time the next day, according to prison governor Lee Drummond.

His ex-wife Sonia Woodward had been informed of his deteriorating health, the inquest heard.

As his next of kin, she was invited to attend the inquest in person or remotely but declined, the coroner heard.

They were offered to shield within prison, such as being kept apart from other inmates at mealtimes and using the phone, but Sutcliffe turned down the offer.

Sutcliffe arrived at the prison five years ago after being held at Broadmoor secure psychiatric hospital.

He was a category A prisoner and was placed on the Alpha wing – “a more relaxed environment” for prisoners with mobility issues.

Once the most feared man in the country, Sutcliffe’s killing spree instilled terror in the north of England as police failed to pick up the clues in their pursuit of the notorious murderer.

Detective Constable Alistair Rogowski, who investigated Sutcliffe’s death, said the prison’s coronavirus lockdown meant it was impossible to investigate his cell, however, there was no evidence to suggest he died from anything other than natural causes.

He told the inquest that the cause of death was COVID-19 infection, with heart disease and diabetes contributing.

Mr Oliver will give his conclusion later on Wednesday.