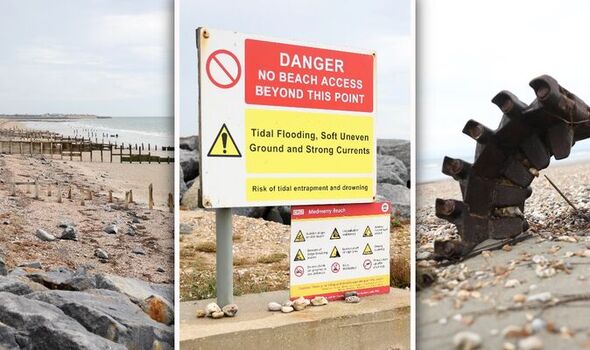 Medmerry Beach is closed off to the public as it is littered with “unexploded ordnance”. Upon arrival at the beach, sun-seekers are met with enormous warning signs telling them not to enter, yet tourists keep visiting. 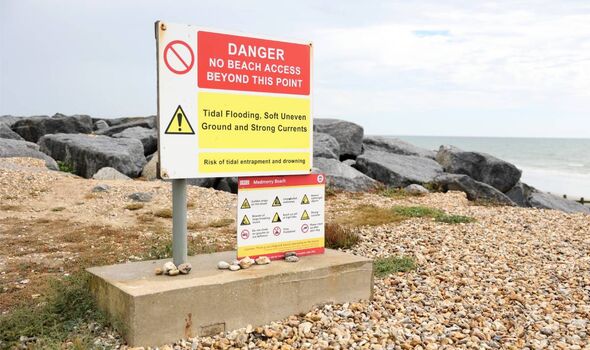 In a Facebook statement on 15th August, a spokesperson for the Selsey Coastguard Rescue Team said their team had been alerted to reports of “possible ordnance” found on Medmerry Beach.

They said: “On arrival the items were confirmed as ordnance; a further search of the beach was carried out and more pieces were discovered.

“We would like to remind you that this beach is closed to the public as it has many hidden dangers.

“If you come across any ordinance or anything suspicious or unusual on the beach, please don’t touch it and call 999 and ask for the Coastguard.”

A spokesperson subsequently added “ordnance previously found on this beach has been found to still be highly explosive”.

However, some members of the public haven’t taken the warnings seriously. 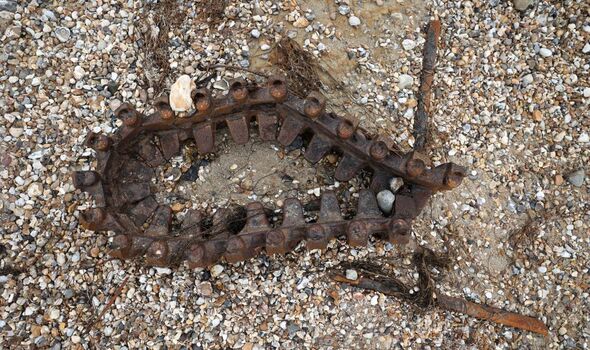 One Facebook user posted a selection of suspicious looking pieces of rusted metal that they had collected, claiming they were ‘beachcombing’.

In reference to posts like this, the Selsey Coastguard Rescue Team Facebook page stated: “Medmerry Beach is closed.

“Not because we’re all killjoys but because you might get killed if you ignore those signs.

“Ordnance is dangerous, no matter how dormant it might look. You wouldn’t return to a firework that had gone out so don’t pick it up.

“We’re very concerned to hear reports of more and more of you going onto the beach, picking up ordnance and taking it home.

“Don’t. Just don’t. These dead looking objects are often highly explosive – do you really want it going off in your garden or house, risking your life and that of those you love?” 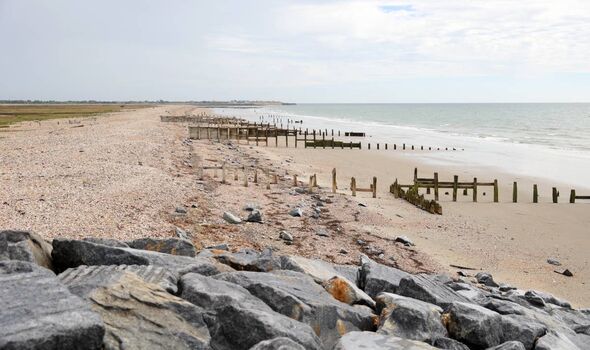 The public were reminded only yesterday, 23rd August, of the dangers ordnance presents at beaches, after north Norfolk residents were forced to evacuate their homes due to the discovery of an unexploded bomb on Walcott beach.

“Police are assisting with a road closure and evacuation of neighbouring properties, alongside the Coastguard.

“A cordon is in place and the Explosive Ordnance Disposal Team are dealing with the incident.”

Walcott beach has provided Medmerry with some competition for the top spot on the list of the UK’s most dangerous beaches, having been cordoned off multiple times since the Second World War, where it was used as a coastal defence.

Royally reconciled: How Prince William and Charles are closer than ever after Harry rift