Home » Europe » You were WARNED! Meghan and Harry face paparazzi in US ‘worse than in UK’

Just months after the big move Meghan and Harry are already embroiled in a legal row after paparazzi allegedly used a drone to take pictures of their infant son Archie. The Duke and Duchess of Sussex are hoping to ban publication of the photographs, which they claim were taken by a drone over the Los Angeles mansion where they are living. Meghan and Harry have consistently attacked the British media for their coverage of the couple in statements which included claims Meghan was being “bullied” and “harassed” in a “malicious” campaign with a “divisive agenda”.

What’s more, in an interview with ITV’s Tom Bradby, Meghan said she was warned by her friends that British tabloids would “destroy” her life, insisting that such a culture did not exist in the US.

She said: “When I first met my now-husband, my friends were really happy because I was so happy, but my British friends said to me, ‘I’m sure he’s great, but you shouldn’t do it, because the British tabloids will destroy your life.’

“And I, very naively ‒ I’m American, we don’t have that there ‒ ‘What are you talking about? That doesn’t make any sense, I’m not in tabloids.’ I didn’t get it.”

Yet, just a few months back in the US, they find themselves in an identity crisis after paparazzi used drones to take pictures of their baby ‒ which never happened in the UK. 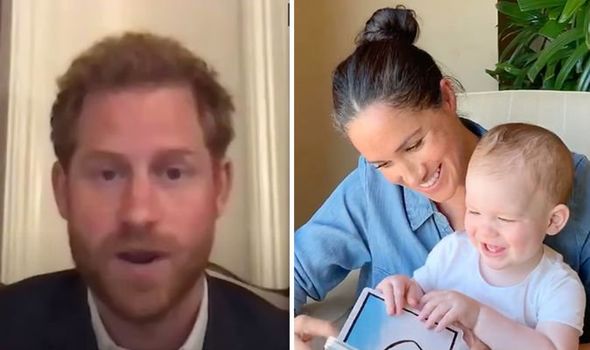 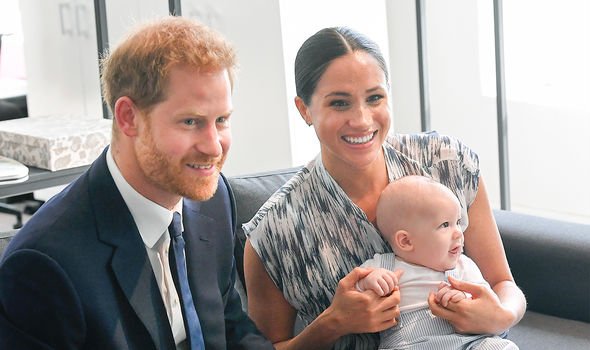 This is at least partly because the royal rota actually protects royals in the UK from overt exposure.

The royal rota refers to the press pool covering the Royal Family.

It is a system which has been used by Buckingham Palace for decades, and involves allowing access to royal engagements to accredited correspondents on UK newspapers on a sharing pool basis to ensure maximum press coverage with minimum interference to the engagement itself.

This system also means the press have to abide by certain rules to still be included and preserve that relationship ‒ rules such as not using paparazzi shots of royals off duty, especially of children. 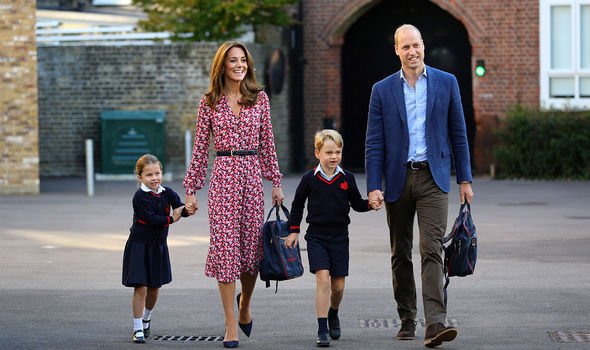 For example, William and Kate requested that newspapers not use pictures of their three children except when they explicitly allow it, and this has been loyally and rigidly stuck to by all the mainstream media in the UK.

The royal rota also protected William and Kate when topless pictures of the Duchess were published in France: no UK publishers used them.

Certainly, in neither case did they need to go to court to prevent the pictures being published by British outlets, like Meghan and Harry are having to do for the drone shots of Archie.

Indeed, the British press are actually far more reserved in many respects due to this system, even dating back to Charles and Diana’s marriage. 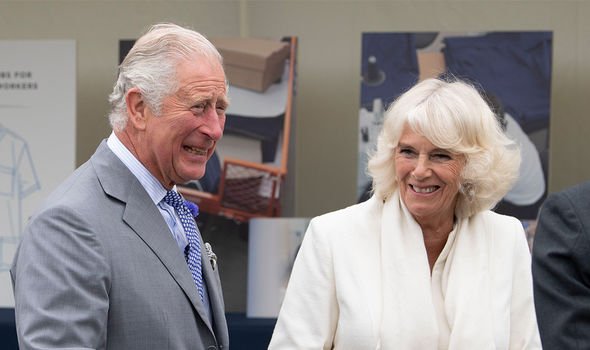 In 1992, Australian outlets published transcripts of a phone call between Charles and Camilla that exposed their affair, and UK outlets did not.

Only later, when it was judged that this information was in the public domain anyway, did any British tabloids get in on the action.

Because the royal rota only applies to the UK, Meghan and Harry living in the US ‒ especially in LA, the well-known paparazzi capital of the world ‒ will not have these protections.

When Meghan and Harry first stepped down as senior royals and moved to Canada, they were warned by commentators that they may experience an ‘out of the frying pan, into the fire’ experience when it came to press intrusion and scrutiny.

Indeed, almost straight away they had to issue warnings over the use of photographs taken of Meghan and Archie at their home in Vancouver.

Writing for The Telegraph in January, Camilla Tominey said: “In the immediate aftermath of the Sussexes’ swift exit from The Firm, interest in what the couple does remains at a fever pitch.

“Hence the paparazzi waiting outside their Vancouver Island home.

“But here’s the rub. If Harry and Meghan are truly determined to turn their backs on Britain and make a go of it in North America, then they are liable to suffer more intrusion, not less. 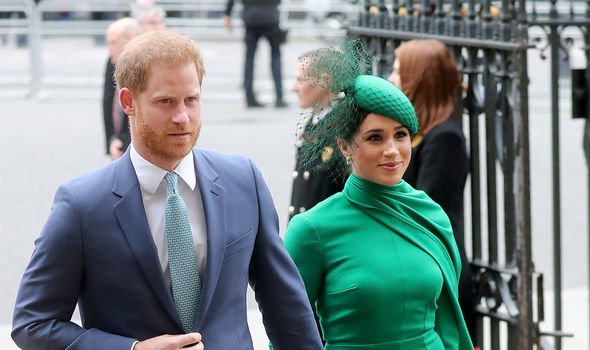 “While there is no doubt the couple has an impregnable support base across the pond that may soon dwarf their popularity in the UK to the point of irrelevance, US media outlets are going to demand their pound of flesh.”

She pointed out that North American broadcasters do not have the same responsibility to abide by legal notices issued to the UK press.

Ms Tominey wrote: “As the couple’s lawyers, Schillings, were busy issuing legal warnings to the British newspapers which ran the paparazzi pictures of Meghan and Archie walking the dogs on a woodland trail, American broadcasters were happily reporting on the story.

“All while illustrating their packages criticising the ‘intrusive’ UK press with the very images and footage the couple have complained about.”

She added: “This poses two problems for Harry and Meghan.

“It not only opens them to accusations of double standards, but leaves them even more exposed than they were in Windsor.

“The paparazzi and major US networks are already treating the Sussexes the same as other celebrities.

“They might still be called Duke and Duchess, but from a media perspective they are now fair game, without the Palace to protect them.

“Let’s not forget that these paparazzi are from LA-based picture agencies ‒ not British. 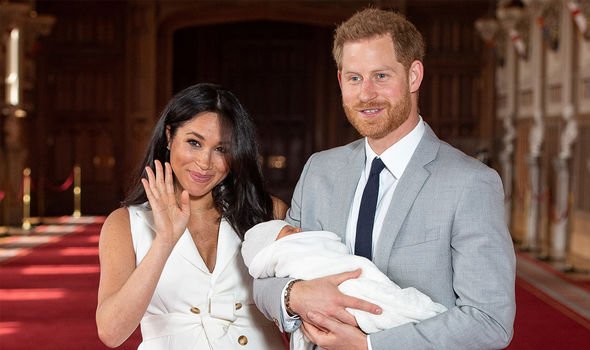 “And they show no sign of downing tools, despite the couple’s complaints about being ‘stalked’ and ‘besieged’.

“The bigger the market in America, the greater the need for pictures ‒ which is going to make it even more difficult for Harry and Megahn to balance their desire for privacy with their need for publicity.”

Indeed, Meghan and Harry plan to become financially independent next year relies on them remaining in the public eye.

Unlike for working royals, who can choose to be pictured only when carrying out public engagements, they are now being treated like any other LA celebrity, who could be ‘papped’ at any time.

While Meghan and Harry seem to view the British media as uniquely intrusive and divisive, in many ways the system in the UK protects royals from the intrusion of constantly being pictured. 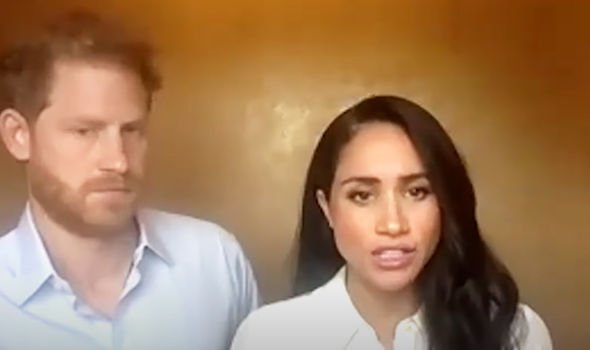 Indeed, Prince Harry appears to still partly blame the media for the death of his mother, but it was of course the French paparazzi, not British media, who were following Princess Diana on that dreadful night back in 1997.

Royal biographer Ingrid Seward also warned Meghan and Harry ahead of their departure from The Firm.

She told BBC Radio 4 in January: “Of course, the safest place for Harry and Meghan is to be in the UK.

“They haven’t been papped once since their marriage, and if they have been, no pictures have been printed.

“Those rules don’t apply in Canada. The Paps can come from all over the world and lie in wait for them.”