19-year-old commentator and Brexiteer Emily Hewertson told Express.co.uk’s Brexit: The Final Countdown that Boris could be the person to force the EU to draw up a new Brexit deal. Emily Hewertson was joining presenter Rebecca Hutson, Brussels correspondent Joe Barnes and Head of News Paul Baldwin. Boris Johnson met Angela Merkel earlier this week and reignited hopes that the Prime Minister would be successful in agreeing on a new Brexit deal.

Ms Hewertson, who went viral after an impassioned BBC Question Time appearance, insisted Boris could be the individual to make a success of Brexit despite the hurdles of a backstop-free Brexit deal failing to pass through Parliament.

She said: “I do think the deal is trash even if the backstop is fixed.

“There are a lot of issues with it. 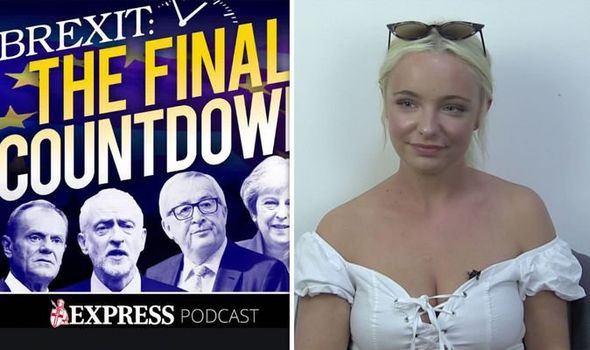 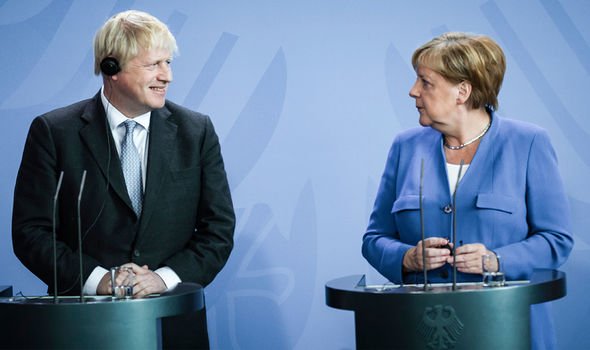 “I think that is worrying because the whole point of Brexit for me was about sovereignty.

“This withdrawal agreement doesn’t actually provide the sovereignty that I campaigned for and people I feel voted for.

“So that is worrying, I just think it has so much negative energy around it now.

“I think it is just time to scrap it and start again and I think Boris Johnson is the person to do it. 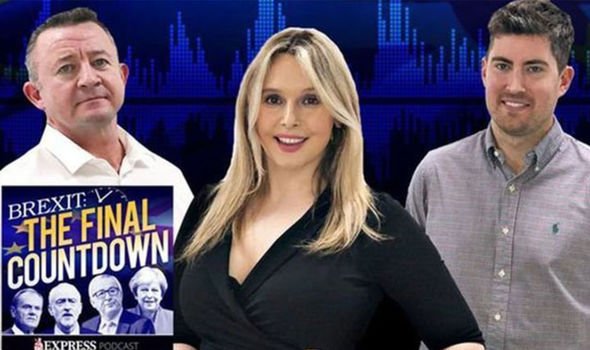 “Because the EU now realises he is serious about no deal and that is a serious prospect.

“Even Germany is predicting that they will go into recession if the UK leaves with no deal.

“I think it is in everyone’s favour to work something out, but in the worst-case scenario I would probably pick no deal over this withdrawal agreement.”

The Brexit: The final countdown host then joked that Ms Hewertson was a “Renegade” for her powerful views on resolving Brexit. 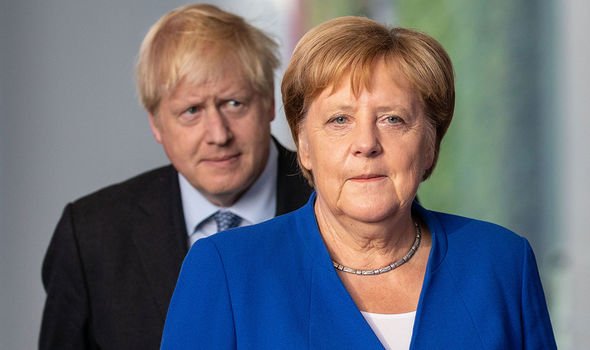 Head of News Paul Baldwin then added: “I think Emily has made a really good point here.

“She has picked up on the possibility of Germany looking down the barrel of a full-blown recession.

“The last thing it wants to do is lose another massive market.

“If Germany can’t sell a BMW or Volkswagen over here come November 1 that recession is going to look deeper.”