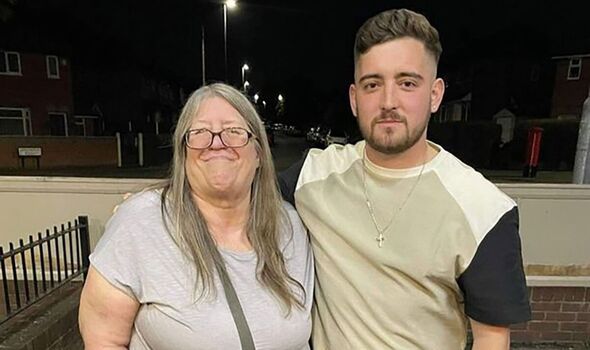 A young man feels like he’s “living in a different world” since the sudden death of his mother.

Conrad Wilcox, 23, faces huge funeral costs and a search for a new home, after his 62-year-old mum, Shirley, died as an aneurysm ruptured.

Shirley experienced back pains at their home in Burslem, Stoke-on-Trent, and collapsed in her bathroom hours later.

Paramedics rushed her to A&E but she was declared dead there hours later, reports Stoke-on-Trent Live.

Conrad, a university student, now faces the stress of having to find a new home as Shirley was a council tenant.

Recalling Shirley’s collapse on December 2, the student said: “It was a Friday night, she had ordered herself a takeaway. After she had eaten the takeaway, she said she had back pains. It just felt normal, it didn’t feel like anything would happen and she was OK through the day.

“I had an assignment due in at uni. It was due that night, so I was in my bedroom. I heard my mum shouting, I thought she was shouting at the dog, she went to lie down in bed. I got her some paracetamol and a drink to take them with.

“I went back to my uni work and I just thought, what the signs of a ruptured aneurysm, I looked online and it came up with her symptoms. I asked her if this is what she’s feeling and as I asked her she fainted in the bathroom.”

Shirley was diagnosed with the aneurysm last year but managed it well, Conrad said.

He paid tribute to his “kind and caring” mother, with whom Conrad owned two dogs.

The man needs somewhere to live in Stoke which will accept pets, and says this has narrowed down his options.

“It’s like I’m living in a different world. There’s things cropping up that I never thought of, all the things my mum dealt with.

“I’ve had council tax bills, gas and electric bills in my name, even just putting the bins out. It’s a big step up, I didn’t think it would happen so quickly. It’s only been two weeks.”

Another thing Conrad is tackling alone is organising a funeral for his mum.

Conrad added: “The minimum cost is just under £3,000. Then you have to pay for a coffin, any flowers and cremation, a cremation of just below £900. It’s all adding up, the cost of the service, whichever church you go to, the order of services, the hearse. If you want to follow behind the hearse as a family, that’s an extra £250.”

Conrad’s cousin Larissa Wilcox set up a GoFundMe to help him tackle the huge finances he is faced with.

Conrad said: “I’m more than grateful for what everyone has donated, it’s so hard to put into words the support I’ve had. I’ve had loads of people asking to go to theirs for Christmas, it just means a lot. I know that my mum would be really happy that everyone’s looking out for me and that I’ll be able to give her a good send off.”

To donate, visit the GoFundMe campaign.