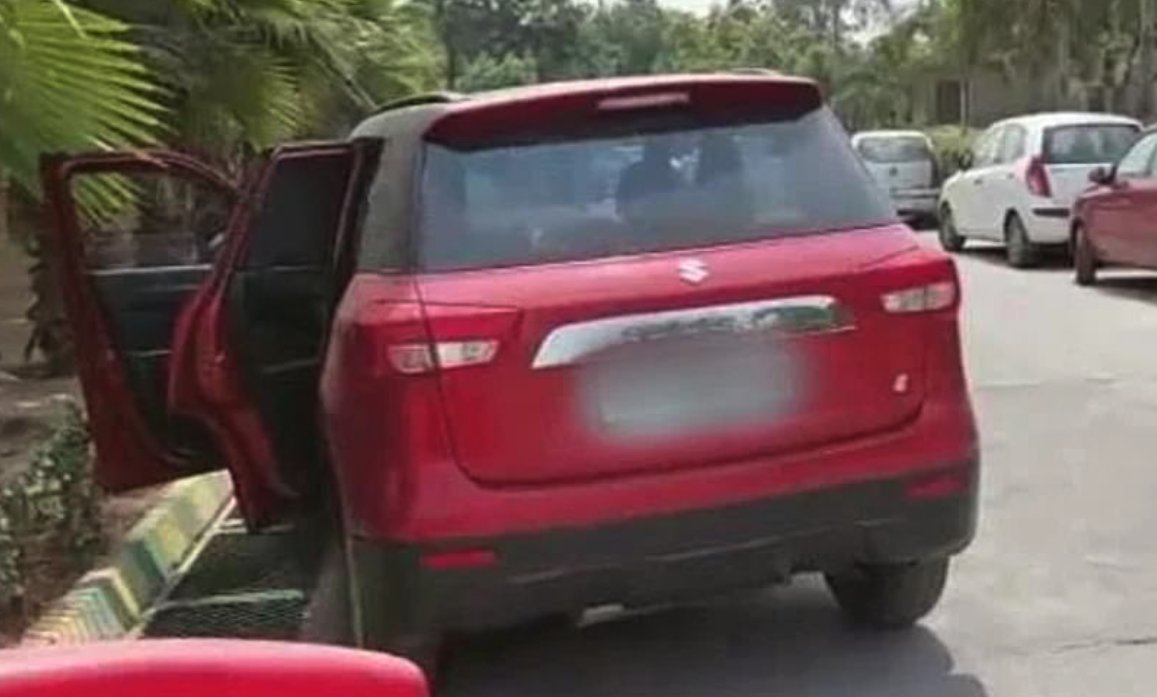 A young mum, 35, has died in a hospital car park after waiting three hours for a bed in Covid-ravaged India.

Jagriti Gupta drew her last breath in a car outside the state-run GIMS hospital in Noida, as friends pleaded for her to be treated.

The young engineer was one of thousands needing urgent treatment in a country which overnight became the first in the world to record 400,000 cases in a 24-hour period.

One witness told NDTV: ‘I was standing right there as her landlord ran around, asking for help. But no one listened to him. Around 3:30 pm, she collapsed.

‘When the landlord ran to the reception to report that she is no longer breathing, the staff rushed outside and declared her dead.’

At least 212,000 people have died with coronavirus in India, a death toll beaten only by Mexico, Brazil and the US.

The South Asian country is in the midst of a huge second wave which is depleting its resources and pushing its medical system to the brink.

One doctor went viral after tweeting photos of himself drenched in sweat after a gruelling day of attending Covid patients.

Dr Sohil Makwana can be seen covered in PPE in one image, while a second shot shows how he looked after taking the protective gear off, donning a drenched salmon shirt and soaking wet hair.

‘Proud to serve the nation,’ he captioned the image, which has been liked by more than 133,000 people and retweeted more than 16,000 times.

In a follow-up tweet, he wrote: ‘Talking on the behalf of all doctors and health workers.. we are really working hard away from our family.. sometimes a foot away from positive patient, sometimes an inch away from critically ill oldies… I request please go for vaccination.. it’s only solution! Stay safe.’

India, home to 1.3 billion people, is now the world’s biggest producer of vaccines and has ramped up its inoculation programme to include all adults.

But several states have warned of acute shortages and the country has a limited number of shots available domestically.

‘We hope that we will get vaccines tomorrow or the day after … I ask you to please not to queue up at vaccination centres on Saturday,’ the Chief Minister of the state of Delhi said on Friday.

His comments came after hundreds of people waited in line for a shot across Ahmedabad in Gujarat.

The nation’s ongoing struggle has been made worse by incidents including a fire at a Covid hospital in Bharuch City, Gujarat, which claimed the lives of 16 patients and two health workers.

‘Sixteen patients and two staff members have died in the fire. 12 of them died due to fire and smoke,’ said R.V. Chudasama, a superintendent of police in Bharuch.

‘Preliminary investigation shows the fire was caused because of a short circuit.’

Prime Minister Narendra Modi said in a tweet that he was ‘pained by the loss of lives due to a fire at a hospital in Bharuch.’

It came after 12 people died in another fire at a Covid hospital in Mumbai on April 23 while a leaking tank at a hospital in Maharashtra decimated oxygen supplies, leading to 22 deaths.

Meanwhile, morgues across the country are struggling to cope with Covid victims.

Authorities in Delhi have been urged to find more sites for cremations as the city’s morgues and crematoriums are overwhelmed.

‘That’s why we suggested more crematoriums should be set up,’ the officer told the NDTV news channel.

Meanwhile oxygen supplies and hospital beds are still desperately in need across several states, with relatives of patients pleading for help on social media.

The government is coming increasingly under fire for its handling of the Covid crisis – in particular over its decision to allow large political rallies and religious festivals in recent weeks.

Australia has now banned all travel from India into the country, including Australian citizens. Rule breakers face up to five years in jail and a £37,000 fine.