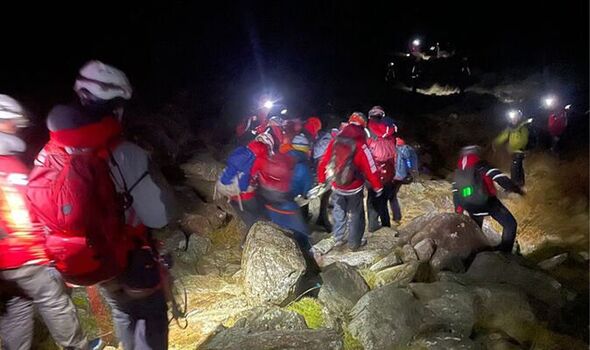 Kieran James Strudwick, 26, of New Town, Uckfield in East Sussex, was climbing with his friend, Tom Haynes, on the Dolmen Ridge of Glyder Fach when the tragedy occurred, an inquest heard. The climber fell to his death from a Snowdonia ridge after his rope was severed by a piece of falling rock.

The pair had travelled to North Wales on a climbing trip and had stayed in Penmachno the previous night after completing a number of scrambles in the day, NorthWalesLive reports.

On January 30, they decided they would climb the Dolmen Ridge which is classified as a grade 3 scramble, meaning that safety equipment, including ropes, is required for much of the route.

Kieran, 26, and Tom, 25 at the time, had known each other for around two years and both were relatively experienced climbers, comfortable with navigating the scramble. They had on the necessary safety equipment, including helmets, ropes, and harnesses, and had prepared well for the scramble, taking no risks, the inquest at Ruthin County Hall heard today (September 21).

As they were scaling the Dolmen Ridge, Kieran had taken the lead while Tom held the rope. They followed the correct procedures as they navigated a difficult area known as the ramp and Kieran, in front, progressed up the route, turning right into a gully which obscured him from Tom’s view.

Moments later Tom heard his partner shout “rock fall” and he shouted the same to alert any climbers beneath them. Tom then heard a rock falling down and moved to the side, momentarily closing his eyes. When he reopened them, he saw Kieran falling past him only a couple of metres away. Tom told the court he saw his climbing partner fall from a height of around 60 metres, hitting the mountain on his way down. 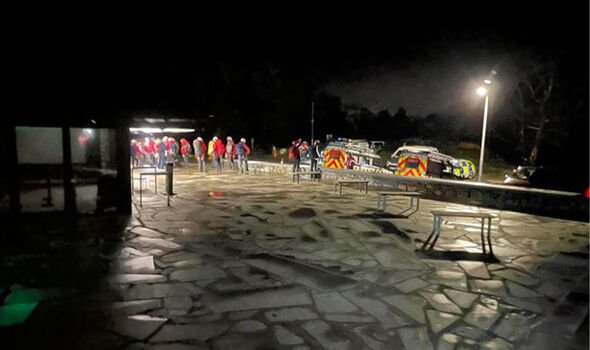 Despite being in a state of shock, he managed to call 999 shortly after coming into contact with two other climbers who were below him on the ridge. Christopher Jay, a qualified mountain leader with two decades of climbing experience, was one of these climbers and appeared as a witness at the inquest.

Mr Jay said that he was aware that people were climbing higher up the ridge on the day. He told the court that he heard a shout before witnessing Mr Strudwick’s fall. Initially, Mr Jay said he expected Mr Strudwick’s rope to suspend him but that did not happen and he fell from a height of around 50-60 meters, hitting a ledge on his way down.

Mr Jay and his climbing partner then made their way towards Kieran but he “knew instantly that Kieran’s injuries were unlikely to be survivable”. On reaching Kieran, Mr Jay made the decision – based on his specialist training – that attempting CPR was futile and switched his focus to Tom’s safety. Shortly afterwards, two other climbers arrived at the scene and handed Tom a jacket and some soup before heading off due to approaching storms.

When the accident occurred at around midday there was minimal wind and the rock surface was damp in some areas. But by the time they were reached by the mountain rescue team, the conditions had changed and the temperature had dropped to zero degrees. Eventually, Mr Strudwick’s body was placed on a stretcher and taken to the OVMR base in Capel Curig where Mr Strudwick was sadly pronounced dead at 8pm.

An investigation into the tragic incident was conducted by Ogwen Valley Mountain Rescue Team. A summary of their report was read into the record as evidence at the inquest and said that the fall was likely caused by “a large flake of rock that had become dislodged from above.” Based on the findings of the investigation, the most likely scenario, the inquest heard, was that the rock flake fell on the rope after being disturbed by Mr Strudwick, pulling him from the cliff and severing his rope.

A medical cause of death of multiple fractures was provided following a post mortem by Ysbyty Glan Clwyd histopathologist, Dr Zain Mehdi. Recording a conclusion of accidental death, Ms Sutherland said: “On January 30, 2022, Kieran James Strudwick was scrambling the Dolmen Ridge on Glyder Fach. Both he and his friend had been climbing with ropes.

“I consider it likely, bearing in mind the evidence that Kieran was heard shouting ‘rock fall’, that the large flake in question was more likely than not disturbed by Kieran and that it fell on his rope, pulling him from the cliff and severing the rope.

He suffered significant injuries consistent with a fall from height. This was a tragic accident of the utmost degree.”

Before heading out on the Dolmen Ridge, Kieran sent a text to his family saying “I’m so happy here, it’s a lovely place.” In a statement, his father told the court that Kieran was “always happy in life”. Reflecting on the tragic loss, Mr Strudwick said: “We are in disbelief, we have had our world shattered.”