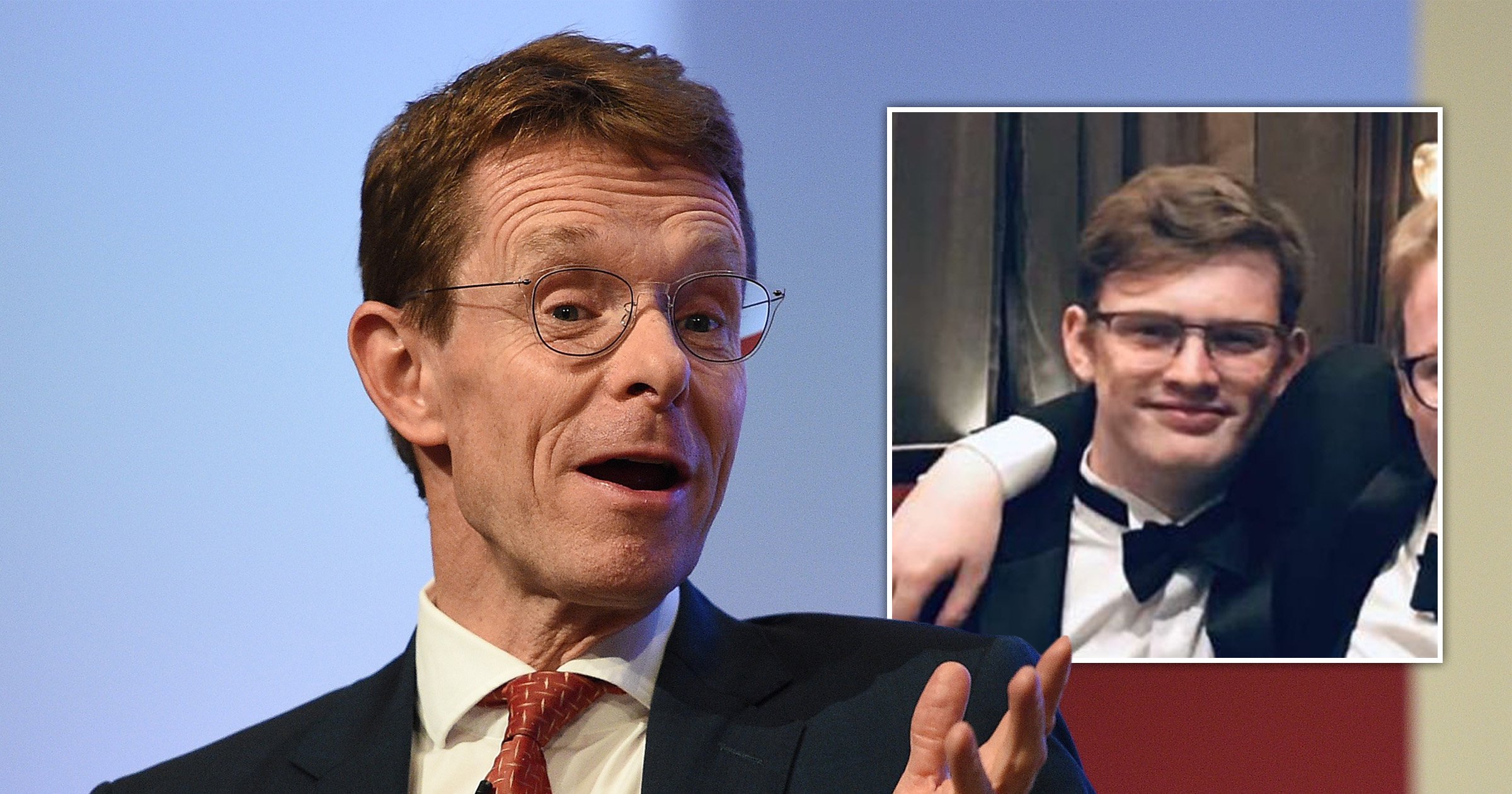 The Mayor of the West Midlands has taken aim at a fellow Conservative for labelling Birmingham a ‘dump’.

Amid Tory unrest at plunging poll ratings, the chairman of the Young Conservative Network (YCN) blasted the Midlands city on Twitter, after claiming to have been the victim of a mugging attempt.

Daniel Grainger was swiftly rebuked, urged to ‘grow up’ and leave Birmingham as the party conference gets underway there.

Now it has been suggested by Guido Fawkes that CCHQ has suspended the youngster’s party membership pending an investigation.

The older tweet followed a debate online in response to a Sky News report on protesters against #LGBT lessons being banned from gathering outside a Birmingham primary school.

His reply read: ‘Considering Birmingham has one of the highest Muslim population (sic) in Britain, you can draw conclusions from that.’

Other screenshots show the YCN chair repeatedly branding Birmingham the ‘worst city in the UK’.

Sharing the ‘dump’ tweet, Mayor Andy Street told Mr Grainger to leave and ‘take anyone with the same views with you’.

It read simply: ‘Birmingham is a dump.’

But in a later explanation, Mr Grainger wrote: ‘My tweet in relation to Birmingham was not about the city or its people. I’ve always enjoyed my visits to your city, but this morning I was greeted by an individual who threatened me with a mugging.

‘I was angry and tweeted without thinking, I apologise for any offence caused.

‘I’d also like to directly apologise to (Andy Street), the (Conservatives) and other representatives of Birmingham for my ill conceived comments. I have now deleted the tweet.’

But Mr Street shared the first tweet and said: ‘Off you pop then, and take anyone with the same views with you. Try and take some time to grow up and understand just why this city is so special whilst you’re gone.’

He added: ‘I may be a Conservative, but I’m also a bloody proud Brummie. I won’t have anyone who’s never lived or breathed this place trying to put us down.’

Birmingham Yardley’s Jess Phillips poured scorn on Mr Grainger, tweeting: ‘I see the Tories doing their best to endear themselves.’

Hodge Hill’s Liam Byrne added: ‘Tells you everything you need to know. About why our great city should never host this bunch again – and why our great country should throw ’em out of office’.

Here’s the Chair of the Young Conservatives.

Tells you everything you need to know. About why our great city should never host this bunch again – and why our great country should throw ’em out of office pic.twitter.com/Uq4gjgzU9n

The exchanges comes against a backdrop of wider divisions emerging within the Tory party, after the Chancellor’s mini-budget prompted market turmoil.

Michael Gove this morning threatened to vote against the mini-budget.

The former Cabinet minister branded Liz Truss’s plans to pay for vast tax cuts with increased borrowing as ‘not Conservative’.

The veteran of government, who is influential in the Tory party, said he was “profoundly” concerned about the £45 billion’s worth of tax cuts, particularly the abolition of the top income tax rate.