A YouTuber has died after being involved in a crash with a lorry while riding an electric scooter.

Emily Hartridge, 35, died on Friday morning after riding near her home in Battersea, southwest London.

Hartridge had been due to host a mental health meetup for women at Green Park in London on Saturday afternoon, but her followers were met with a message on Instagram saying that she had been killed. 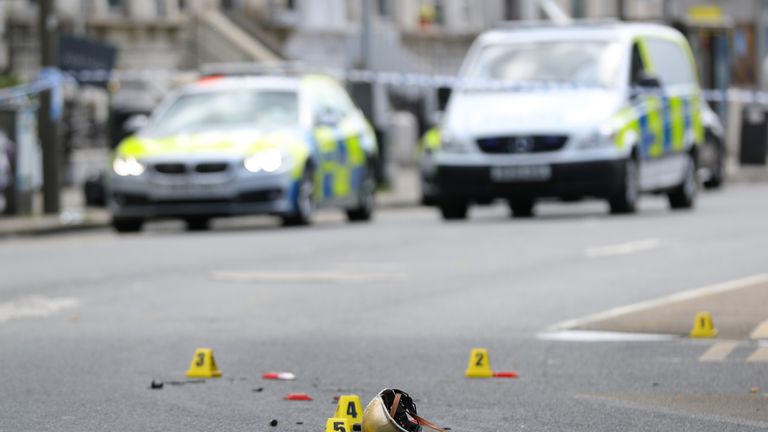 In a post, her family said: “This is a horrible thing to have to say over Instagram but we know many of you were expecting to see Emily today and this is the only way to contact you all at once.

“Emily was involved in an accident yesterday and passed away.

“We all loved her to bits and she will never be forgotten.

Hartridge, who has a weekly YouTube series proving “everything in the world can be explained with 10 reasons”, also posted openly about her attempts to get pregnant.

In her last tweet, she shared a picture of her niece and wrote: “Yesterday I hung out with my gorgeous nephew Arlo and niece Winter.

“We hugged, we laughed, we played, Arlo called me a fat pig.

“It was a much needed distraction from the hormonal/tired/bloated/emotional state I am currently in.

“Who knows, one day hopefully I’ll have my own.”

Hartridge’s boyfriend Jacob Hazell has not commented, but in a post earlier this year, described his girlfriend as “THE most down to earth, inspiring, and beautiful person, inside and out that I’ve ever met”.

She had revealed just days before her death that she and her partner were trying to have children.

She wrote: “I am currently injecting myself twice a day in the hopes of freezing some embryos with @jacob_hazell but my 2nd scan didn’t go well and 1 follicle is growing too quickly so it’s all a bit TBC right now.” Davina McCall was among those to pay tribute, writing: “My heart goes out to Emily’s family and friends. Such a shock. Sending you love and prayers.”

Hartridge has more than 340,000 subscribers on her YouTube channel and 44,000 followers on Instagram, where she posted about mental health and fitness.

Speaking about the event which had been scheduled for the afternoon of 13 July, she had written: “I wanted to create a safe space where women could talk about whatever they wanted and feel supported by other women who have gone through similar experiences.

“This is just a chat between a group of girls about anxiety, depression and all things related to mental health.

“I want to start a movement of talking and sharing about what is going on in our brains so I hope you will come and meet lots of new brain buddies.”

Police would not confirm if Hartridge was the victim of the crash in Battersea on Friday morning.

The victim, in her 30s, was pronounced dead at the scene. It is believed to be the first fatal crash involving an electric scooter rider.

Scooters with electric motors are banned from public roads and pavements in the UK.

They can exceed speeds of 30mph and are growing in popularity for short journeys in many countries and European cities.

Euromillions winner: UK ticket holder wins £169 million – but are you the winner?