A woman who spent more than £16m at Harrods has lost her Supreme Court bid to overturn the UK’s first unexplained wealth orders (UWO).

Zamira Hajiyeva, wife of jailed Azerbaijani banker Jahangir Hajiyev, could lose her Knightsbridge home if she cannot explain where the £11.5m came from to pay for the property.

Mrs Hajiyeva had been fighting two UWOs brought against her by the National Crime Agency (NCA).

She went to the country’s highest court after her applications to the Court of Appeal and the High Court were rejected.

Mrs Hajiyeva will now be required to provide information about the source of the money used to buy the central London house in 2009.

This property was brought by a company incorporated in the British Virgin Islands. The second order relates to the purchase of a golf club in Berkshire – and the combined value of the two assets is more than £22m.

In 2018, Mrs Hajiyeva became the first person to be subject to a UWO, just weeks after the power was brought in under so-called “McMafia” laws.

They allow a person’s assets to be seized if the owner is from outside the European Economic Area and is in a position that makes them liable to bribery or corruption – and cannot explain the source of their wealth.

Court documents previously revealed how Mrs Hajiyeva had spent £16m in Harrods in a decade, including £600,000 in a single day.

In 2019, she fought off an attempt to extradite her to Azerbaijan to face fraud and embezzlement charges on the grounds that she would not get a fair trial.

Her husband, once chairman of the state-controlled International Bank of Azerbaijan, is in prison in the country on the same charges. 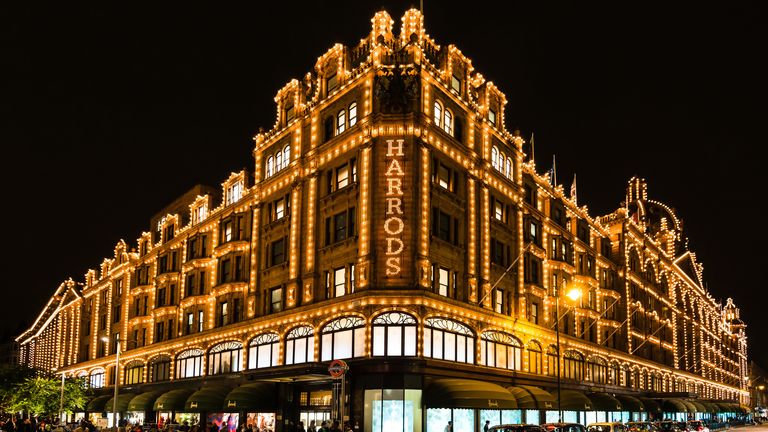 Graeme Biggar, director general of the National Economic Crime Centre at the NCA, said Mrs Hajiyeva was now out of legal options.

“This is a significant result which is important in establishing unexplained wealth orders as a powerful tool for financial investigations,” he said.

“This was the first UWO secured and the NCA has been determined throughout the many legal challenges faced over the last two years.

“This case will set a helpful precedent for future UWO cases. There are no further routes for Mrs Hajiyeva to appeal against the order.

“She will now be required to provide the NCA with the information we are seeking in connection with these assets.”

Meghan and Harry SAVAGED by Andrew Neil over announcement ‘Learn from your grandmother!’

Coronavirus: More than £215m of furlough money returned to government