Mike Tindall calls for donations for his charity fundraising cycle

Zara and Mike Tindall’s daughters Mia, 8, and Lena, 4, as well as Peter Phillips’ daughters Savannah, 11, and Isla, 10, from his previous relationship with Autumn, were all part of the bridal party.

A royal source told People: “The children all seemed like a lovely unit.

“They all seemed very happy and all behaved impeccably.”

The young royals are said to be very close with their cousins and all four girls were spotted with Princess Charlotte at the Horse Guard’s Parade at last month’s Jubilee celebrations. 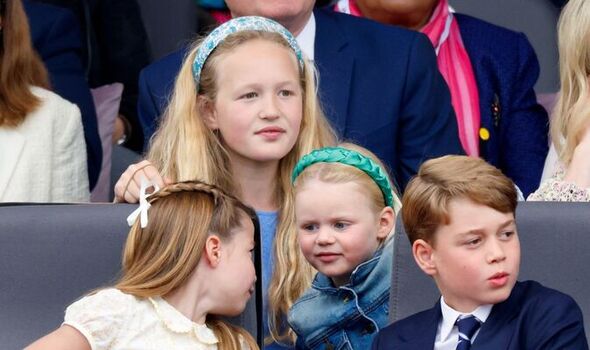 On the day of the wedding, Zara Tindall beamed at the young bridesmaids and matched their blue aesthetic with an elegant lace mini-dress.

She paired the ensemble with a blue fascinator and nude pointed stilettos and carried a stylish matching blue clutch bag.

Although Princess Anne and Mark divorced in 1992 after 20 years of marriage, the Queen’s daughter attended the occasion.

She was pictured looking glam in a beige and white checked dress and matching hat, whilst chatting lovingly to her grandchildren. 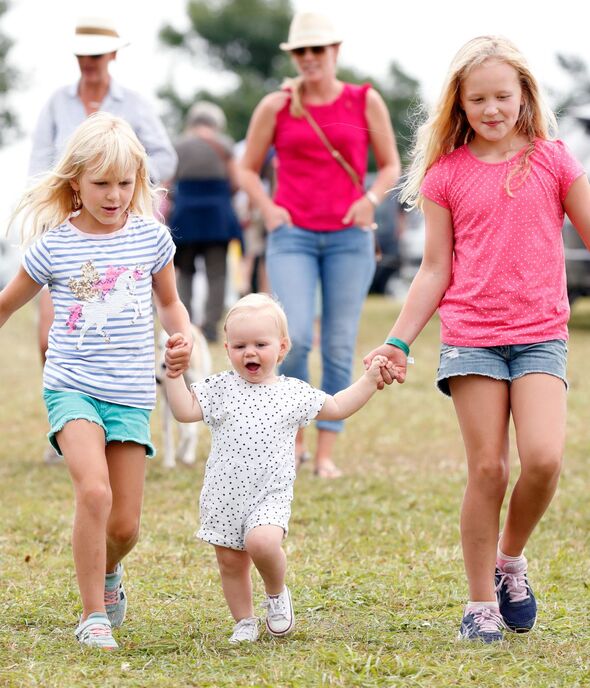 The occasion also marked the first time Peter and his ex-wife Autumn made a public appearance together since their divorce was finalised last year.

Both brought their new partners to the wedding – Peter is now dating Lindsay Wallace, while Autumn’s new boyfriend is property developer Donal Mulryan.

Lindsay made her royal debut last month at the Queen’s Platinum Jubilee, and has since accompanied Peter to a number of events including Wimbledon.

The royal insider said: “Even though there were some ex-partners among the gathering, it was good to see them all together”. 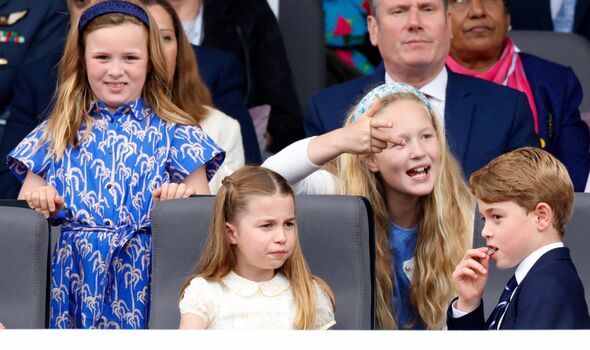 Stephanie Phillips, 24, grew up on Anne’s Gatcombe Park estate, where Captain Phillips, 73, continued to live after divorcing Anne in 1992.

The set-up meant Stephanie was raised close to her half-siblings Zara and Peter Phillips, who were there with their partners Mike Tindall and Lindsay Wallace to watch her tie to knot with her long-term partner William Hosier.

She and her new husband announced their engagement last year on Instagram with a series of sweet photos.