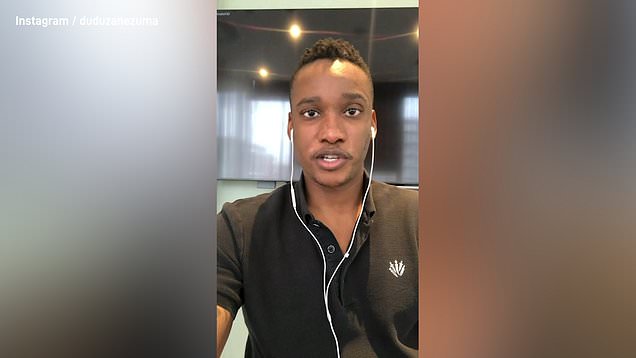 Ex-South African President Jacob Zuma’s son has told looters and protesters to ‘do so responsibly’ as rioting and food shortages leave the country devastated.

At least 72 people are dead amid some of the worst violence since before the end of apartheid, following the imprisonment of the former leader last week.

Duduzane Zuma warned the nation is ‘one massacre away from the situation spiralling out of control’ as he denied making comments that incited violence in a new video.

Flames are fanned when ‘desperate’ citizens are labelled as ‘looters’, ‘criminals’ and ‘hooligans’, he said, blaming Covid lockdowns for economic inequity across the country.

He said: ‘For the people that are protesting and looting, please do so carefully and please do so responsibly. Because you cannot hold people responsible for defending what they love.’

Saying he wasn’t condoning looting, he told the public the root cause of the problems needed to be understood and ‘part of the problem is poverty, unemployment, inequality’.

The 37-year-old, who has ambitions to run the country, has been accused of urging demonstrators to fight for his father, whose imprisonment he has named ‘unjust and unfair’. 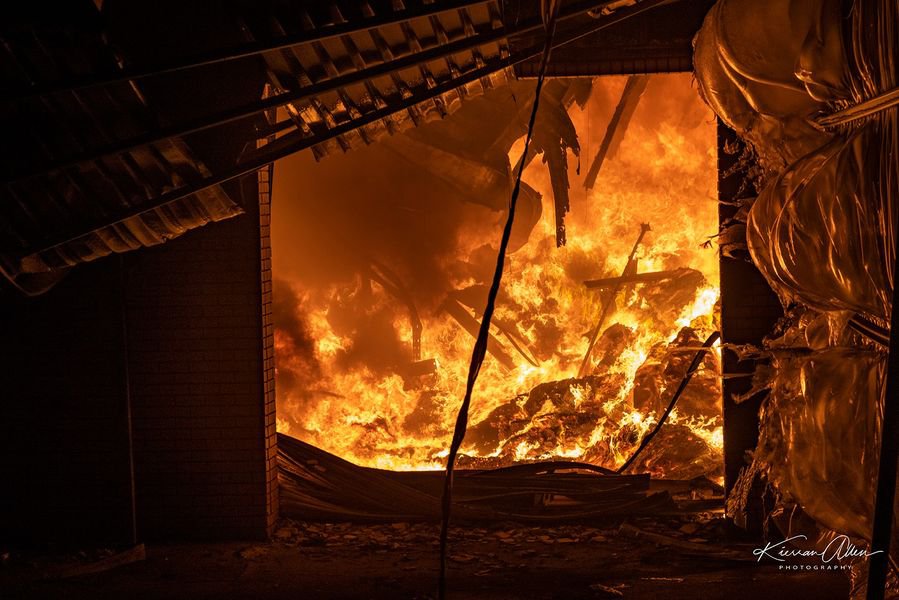 But he refuted these claims in the footage, saying: ‘I have not made any inflammatory, any divisive and any inciting statements.’

Unrest raged last week after Zuma began serving a 15-month sentence for contempt of court for refusing to comply with a court order to testify at a state-backed inquiry investigating allegations of corruption while he was president from 2009 to 2018.

The situation has since descended into wanton lawlessness, with shoot-outs in the streets and crowds queuing up to pillage countless businesses.

A six-month-old girl was reportedly shot in the head with a rubber bullet, while a boy, 13, was shot dead at a mall outside Johannesburg.

President Cyril Ramaphosa has deployed 2,500 soldiers to support the South African police in Johannesburg and Durban.

But he has been forced to promise more back-up as rioting spreads to Mpumalanga, Northern Cape and Soweto.

Fuel retailers and farmers have warned of a ‘humanitarian crisis’, while the National Hospital Network says it could run out of oxygen and drugs for Covid patients.

Misuzulu Zulu, the king of South Africa’s Zulu community, says the ‘chaos is destroying the economy, and it is the poor who will suffer the most’.

Calling for peace in a speech after dad Goodwill Zwelithini’s death, he said: ‘My father’s people are committing suicide’.

‘What is currently happening paints a bad picture of the Zulu nation. I never imagined that my father’s people would be involved in the burning of their own country’, he added.

Kate and Prince William come under fire in bruising attack – ‘Was it that bad?!’