Polls suggest Dominican Liberation Party is set to lose power after 16 years over its mismanagement of the outbreak. 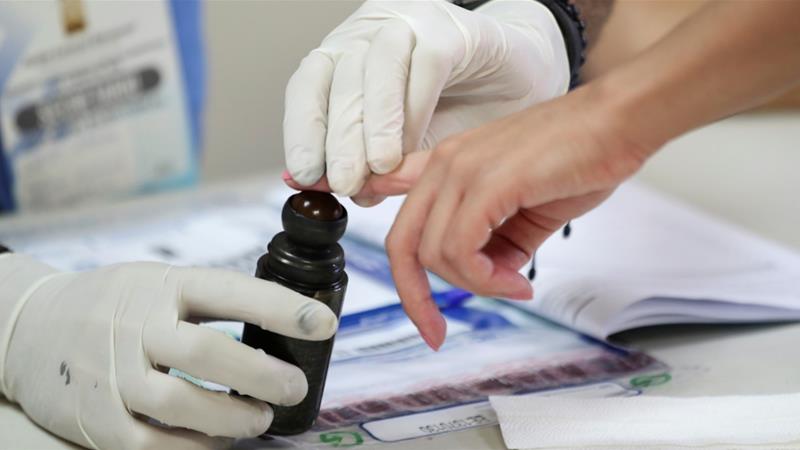 The Dominican Republic heads to the presidential polls on Sunday in a pandemic-driven drama, with delays caused by one of Latin America’s worst outbreaks and the leading candidate briefly suspending appearances after testing positive for coronavirus.

Voters are choosing who to tackle the pandemic’s effects on the Caribbean’s largest economy which is heavily dependent on tourism, an industry levelled by the crisis.

Polls suggest the ruling Dominican Liberation Party (PLD) is set to lose power after 16 years as its mismanagement of the outbreak, infighting, corruption allegations and inequality overshadow its strong economic performance.

The PLD’s candidate, Gonzalo Castillo, 59, is trailing in second place behind Luis Abinader, 52, of the opposition Modern Revolutionary Party (PRM). Both parties are centrist.

The polls suggest, however, that Abinader may not get the absolute majority needed to win, in which case a runoff will be held on July 26. Results are expected late on Sunday or Monday.

“It’s time for change,” Abinader said at his closing rally on Wednesday, which was held privately in a bid to prevent the spread of coronavirus but broadcast live on television.

The republic is holding the presidential and parliamentary elections even as coronavirus cases hit record daily highs, four months after the first reports. The country of 10.4 million has registered 36,184 cases and 786 deaths so far.

Critics say the government did not act quickly enough, reopened the economy too soon last month, and is too slow with testing.

The opposition PRM, however, has not laid out a strong alternative strategy.

Candidates held fewer rallies than usual, campaigning instead on social media and television. Abinader had to suspend campaigning for a while after testing positive for coronavirus last month. He says he has since recovered and tested negative.

After postponing the elections from May, the government would have had to amend the constitution to postpone them again. Instead, electoral authorities have announced sanitary measures and social distancing at the polls.

The governing party was seriously weakened after former President Leonel Fernandez, 66, alleged fraud in its primaries for the presidential candidate and broke away to form a splinter party in October.

His candidacy is polling a distant third. In a dramatic twist, however, his wife and Vice President Margarita Cedeno has remained with the PLD and is running on Castillo’s ticket.

The PLD has achieved 7 percent annual growth over the last decade but 20 percent of wealthy Dominicans still control about half the country’s wealth.

The Dominican Republic has dropped 38 places in Transparency International’s Corruption Perceptions Index over the last decade to 137 out of 180 countries.