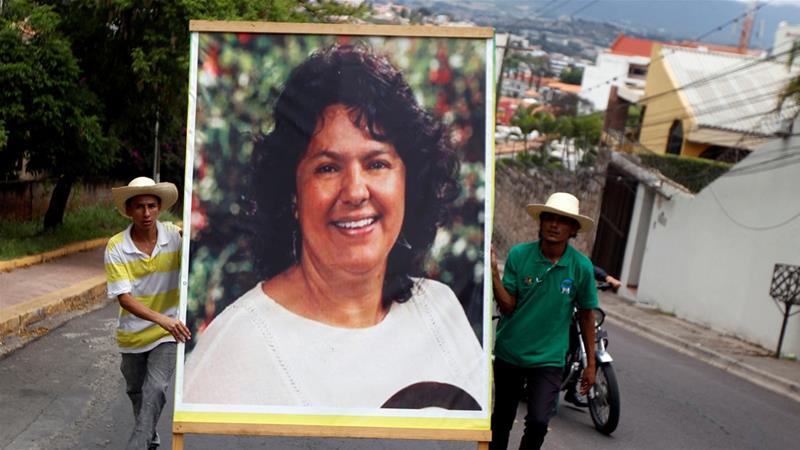 Police in Honduras have arrested a construction executive for his alleged role in the murder of environmental and indigenous activist Berta Caceres.

David Castillo Mejia is charged as being the “intellectual author” of the killing in 2016 while CEO of Desarrollos Energeticos (DESA), the firm behind a project to build a hydroelectric dam across a river on which indigenous communities were dependant.

Caceres was a vocal opponent of the plans and said she had received death threats from the firm in the run-up to her assassination two years ago in La Esperanza, Honduras. In the past, DESA has denied any involvement in the murder of Caceres.

The arrest on Friday brings the total number of individuals arrested to nine.

Last year, a team of international lawyers said Honduran authorities had evidence implicating high-level business executives and state agents in Caceres’ murder, but had yet to arrest them.

It also said that there were serious flaws in the government’s investigation of the killing.

Caceres’ murder was condemned internationally and put the spotlight on the dangers of environmental activism in Honduras and worldwide.

‘Most dangerous’ for environmentalists

More than 120 environmental activists have been killed in Honduras since 2010, according to the NGO Global Witness, making the country one of the most dangerous in the world for such activism.

Many of these cases focus on the construction of hydroelectric projects or the mining of resources on indigenous land.

Relatives of victims, often complain that instead of receiving support from police and help tracking down killers, they are intimidated by officials into leaving their land.

Global Witness alleges the involvement of some of the country’s elite in the killings; including serving and former members of the military; politicians; and business leaders.

In 2013, Caceres told Al Jazeera that she believed the army had a hit list of activists with her name on the top but that Honduran officials were reluctant to take action.

Several of those convicted or arrested in connection with her death are former military or police officials.

Caceres was one of Latin America’s most prominent environmental activists. She won the prestigious Goldman Environmental Prize in 2015. 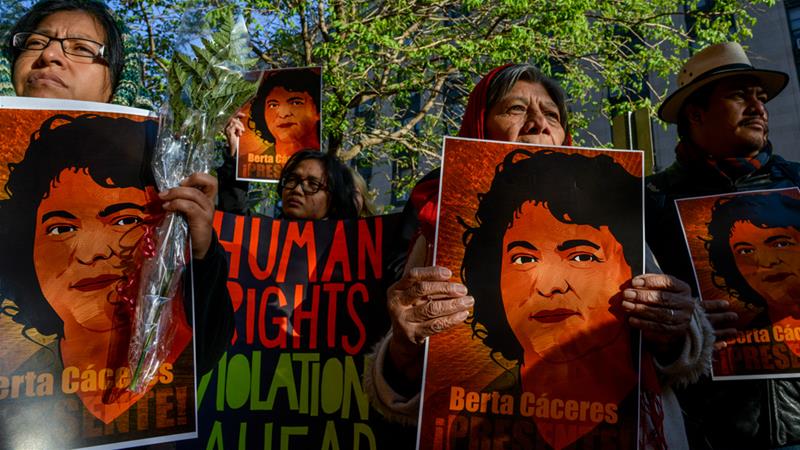 Honduras: Blood and the Water

Venezuela crisis: US revokes visas of some Maduro allies