Home » Latin America » In pictures: Mexico’s Day of the Dead 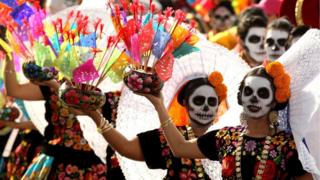 A parade was held in Mexico City on Saturday evening to honour the start of the annual Día de Muertos (Day of the Dead) celebrations.

It is only the third time a parade like this has been held in Mexico’s capital.

It was launched in 2016, inspired by a similar scene set in the city in the James Bond film Spectre.

Organisers hoped the parade would serve as a tourist attraction for visitors looking to witness local celebrations. 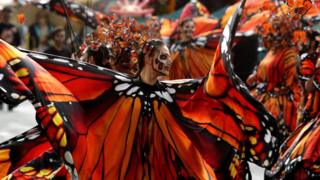 This year the parade was themed around migration.

The city’s government dedicated the parade to migrants who have lost their lives in transit, at a time when thousands from across Central America are currently travelling in a caravan through the country.

One part of the parade had people carrying parts of a border wall, which said (in Spanish): “On this side there is also a dream.” 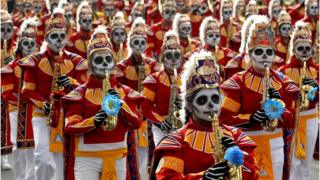 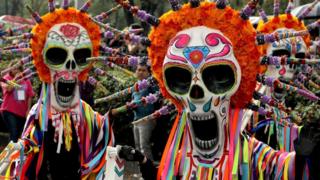 Día de Muertos is usually held on 2 November and is a time when families honour deceased loved ones in the belief their souls return to earth to be with them.

People celebrate it in different ways across Mexico’s regions, and customs can vary from family to family.

Some honour their loved ones with candles, their favourite foods and floral tributes in cemeteries, while others build shrines in their own homes. 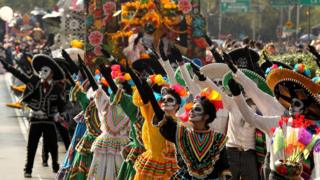 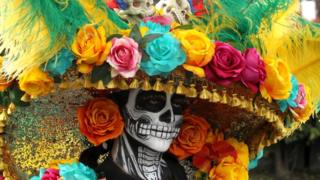 Skull imagery, costumes and body paint may also play a part – and these have become the iconic Day of the Dead images that have been exported around the world at Halloween time.

Catrina figures, which have a skeleton appearance and formal dress, featured prominently in Saturday’s parade.

Despite the drizzly conditions, thousands attended the Mexico City event, which was also broadcast on television. 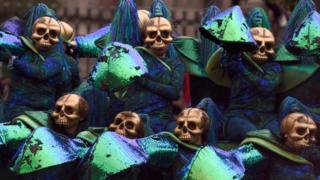 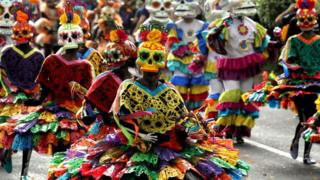 Local media report that 1,200 volunteers took part in the spectacle of colour, costume and music.

The parade acknowledged the region’s past, including Aztec traditions like human sacrifice, and the migration routes of the early inhabitants of Central America. 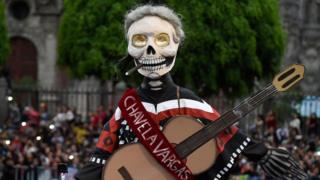 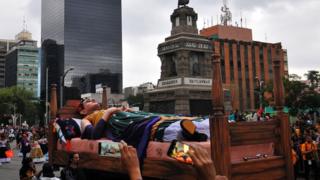 A similar parade was also held in the city of Guadalajara, in western Mexico.

Organisers were expecting thousands of spectators at the event, which also had live music, artists and jugglers taking part. 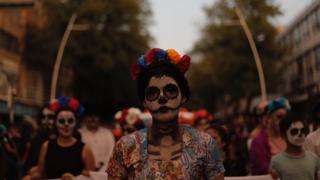 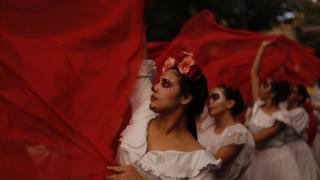 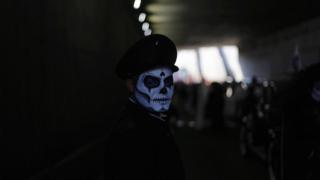 In Los Angeles, California, people also dressed up in Day of the Dead-inspired costumes for the 19th annual event held in the famous Hollywood Forever cemetery. 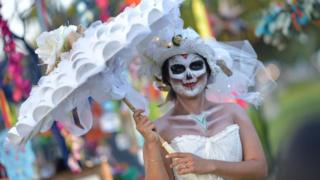 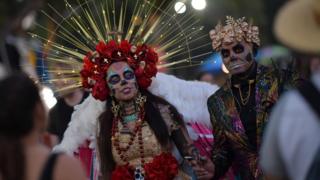