Industrial production and economic confidence from Germany and revised quarterly national accounts from euro area are due on Tuesday, headlining a busy day for the European economic news.

At 1.45 am ET, Swiss unemployment data is due. The jobless rate is forecast to fall to seasonally adjusted 2.6 percent in November from 2.7 percent in October.

At 2.00 am ET, Destatis is slated to issue Germany’s industrial production data for October. Output is forecast to climb 0.8 percent on month, reversing a 1.1 percent fall in September.

In the meantime, UK Halifax house price data for November is due.

At 2.45 am ET, October foreign trade data is due from France. The trade deficit totaled EUR 6.8 billion in September.

At 5.00 am ET, Germany’s ZEW economic confidence survey results are due. Economists expect the sentiment index to fall to 25.3 in December from 31.7 in the previous month.

Also, Eurostat releases quarterly GDP data. The euro area economy is expected to grow 2.2 percent sequentially in the third quarter, in line with the preliminary estimate.

Shares of Valaris Limited (VAL) are gaining over 8% on Friday morning after the offshore contract drilling services provider announced appointment of Anton Dibowitz as President and Chief Executive Officer.

“It has been an honor to lead such a talented team at Valaris these past three months, and I look forward to the opportunity to continue our work together,” commented Dibowitz. “I am encouraged by the continued steady increase in activity we have seen across our business, evidenced by the addition of more than $2.1 billion of backlog year to date.”

Basic adjusted earnings per share were 13.7 pence, compared to 10.8 pence a year ago.

Revenue increased 16 percent to 3.36 billion pounds from prior year’s 2.89 billion pounds, driven by strong demand for packaging in all markets and higher average selling prices. Revenue grew 22 percent on a constant currency basis reflecting recovery of paper and other input costs. Box volumes grew 9.4 percent over the comparative period.

Further, the company announced an interim dividend for this year of 4.8 pence per share, an increase of 20 percent from last year.

Looking ahead, the company issued positive outlook for continued growth over remainder of the financial year.

The company said, “Together with pricing momentum, this underpins our confidence to deliver a significant improvement in profitability during the second half of this year in line with our expectations and towards our medium-term targets.”

Elizabeth Gaines will step down as chief executive of iron ore miner Fortescue Metals, as the Andrew Forrest controlled giant seeks to transform itself into a vertically integrated green energy and resources group.

Ms Gaines will become an ambassador for the company’s global green hydrogen brand and remain as a non-executive director on the Fortescue board. She will be involved in the global search for her replacement. 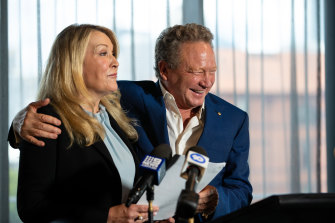 Mr Forrest said the company was “immensely lucky” to have had “one of Australia’s truly inspiring leaders” helming the iron ore giant for the past three years.

Fortescue’s share price has quadrupled since Ms Gaines began leading the company in February 2018. On Friday, shares were down 1.21 per cent to $18.02 as of 11.04am AEDT.

Unemployment from euro area is due on Thursday, headlining a light day for the European economic news.

At 2.30 am ET, the Federal Statistical Office is slated to issue Swiss retail sales for October. Sales had increased 0.1 percent on month in September.

At 3.00 am ET, unemployment data is due from Spain.

In the meantime, revised GDP data from Austria and final foreign trade from Hungary are due. Austria’s GDP is forecast to grow 3.3 percent sequentially in the third quarter after rising 4 percent a quarter ago.

At 4.00 am ET, Italy’s Istat publishes unemployment figures for October. The jobless rate is expected to drop marginally to 9.1 percent from 9.2 percent in September.

At 5.00 am ET, Eurostat releases euro area unemployment and producer prices data. Economists forecast the unemployment rate to fall to 7.3 percent in October from 7.4 percent in September.