Jakarta: About 50 people were killed after flash floods and landslides hit the capital of Indonesia's Papua province, police said on Sunday.

"There about 50 bodies at the hospital as a result of floods and landslides," Papua police spokesman Suryadi Diaz said. 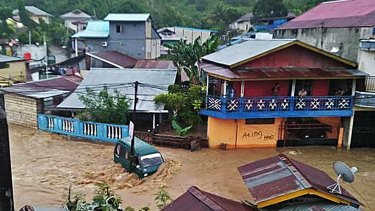 Many areas in the provincial capital Jaypura have been affected by flash flooding due to heavy rain. Credit:Jaypura Police

More than 150 houses were submerged in the Sentani area, he added.

Thumbs up or thumbs down? Rate Sitharaman’s 4th Budget!