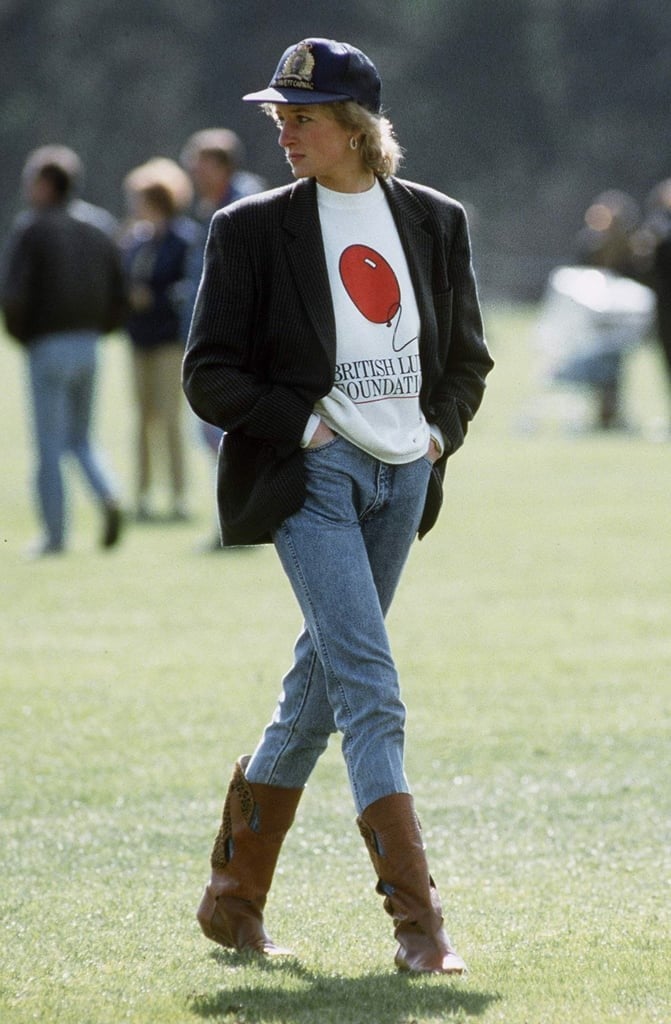 It’s been 30 years, but we haven’t forgotten that Princess Diana famously tucked both her jeans and sweats into Western boots. That’s why when we saw the trend pop up on the Fall 2019 runways and simultaneously on the street, we deemed it iconic. It’s the perfect example of a cyclical trend that’s already been adopted by Kendall Jenner, followed by the rest of the fashion world.

Diana was spotted pulling off the look at the polo club and dropping off her kids from school in the late 1980s, and we love the way the style was reinterpreted at Alberta Ferretti and even Rachel Comey, with a red zippered bootie. Presumably though, you’d like to translate this move for your own wardrobe, so we’re showing you exactly how it’s done. Read ahead for a full lesson in the Diana boot tuck.