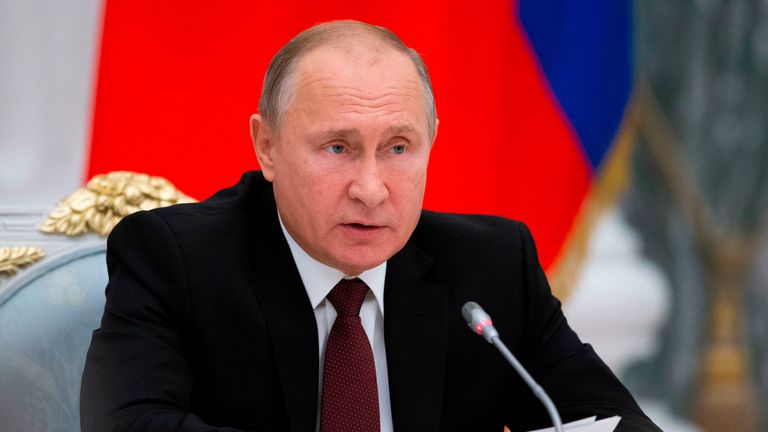 Vladimir Putin says Russian athletes and officials should play by anti-doping rules ahead of next year’s Olympics.

In televised comments, the Russian president said efforts should be made “so that we don’t give any pretext to those who use sport for political ends, to act against Russia’s interests.”

Russia’s team was barred from last year’s Winter Olympics for repeated doping violations, but 168 competitors from the country were allowed to compete as Olympic Athletes from Russia.

If You Ever Google "What to Wear to a Baby Shower," We Hope Amal Clooney's Jumpsuit Pops Up

Holy Mother of Dragons! Emilia Clarke's Net Worth Is How Much?!

Meet 6 people: Where can you meet friends and family? Can you meet in your garden?
Asia