Israelis who keep beards for religious reasons to get custom-made masks, as coronavirus infections rise. 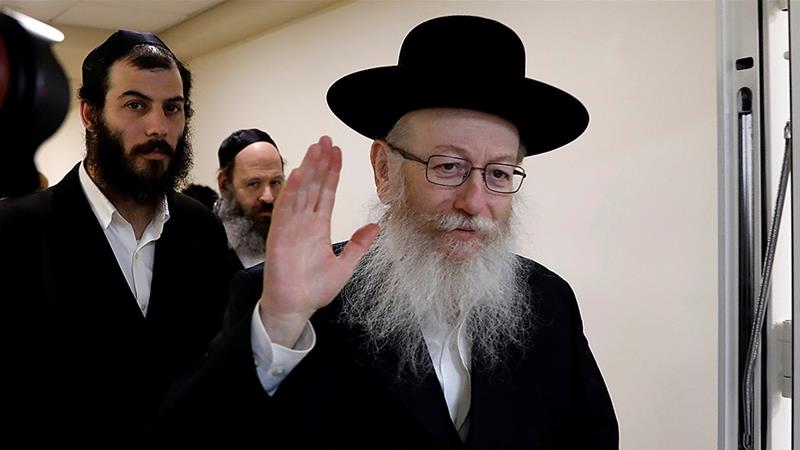 Israelis who keep beards for religious reasons will get the option of custom-made face masks to protect them from the coronavirus rather than being asked to shave, a government official said on Monday.

As part of measures to combat the pandemic, Israeli authorities last week told people to cover their mouths and noses in public.

Many of the country’s Jews and Muslims, and some Christian religious leaders, wear beards as a mark of faith, and the government order raised questions as to how facial hair would be accommodated.

“We are creating an industrial certification for masks, which means that in a few days there will really be masks of different sizes,” he told Army Radio. “[So] those with beards will be able to use the appropriate masks.”

A spokesman for Israel’s Chief Rabbinate has said it might consider issuing a ruling asking religious Jews to shave if the ministry were to deem it necessary.

Grotto said seeking a rabbinical dispensation to remove facial hair was “not on the agenda right now”.

Palestinian citizens of Israel, who comprise about 20 percent of the country’s population, have felt “left out” of the country’s protective measures to fight the coronavirus, according to Member of the Knesset Ahmad Tibi of the Joint List, a coalition of predominantly Arab parties representing Palestinian citizens of Israel in parliament. The coalition has 15 seats in the current 120-seat Knesset.

Tibi, a doctor by profession, told Al Jazeera that in the initial few weeks of the spread of the pandemic “the state did not conduct rigorous testing”.

He accused the Israeli authorities of not implementing “strong health measures to safeguard Arab towns and cities as it has done with Jewish towns”.

Tibi commended Palestinian doctors and other health professionals working in Israeli hospitals for being on the “forefront” of the Israeli fight against the coronavirus pandemic.

In Israel, at least 51 people have died and 8,611 people have been infected with the virus that has killed nearly 70,000 people worldwide.

Tibi said that infections within the Palestinian population were very low compared with the national average, but added that Palestinian citizens were under-tested and under-reported.

In the occupied West Bank, the Palestinian Authority spokesman Ibrahim Milhim said there were a total of 252 cases of infections in Palestine, including 40 children.

Who are the Kurds?