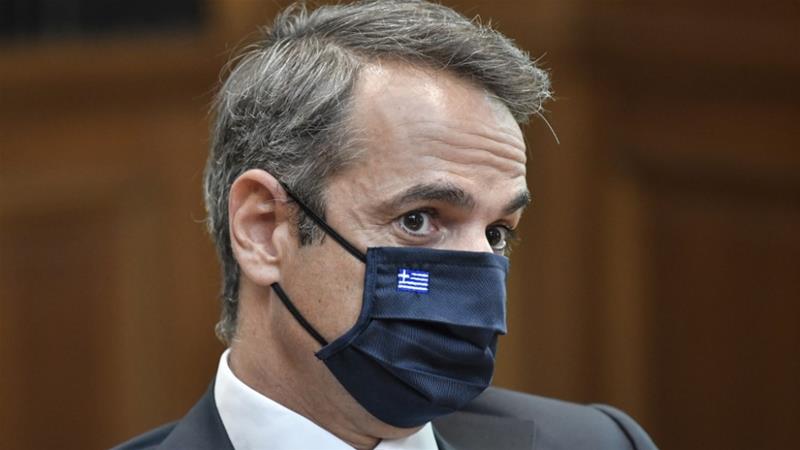 The European Union must impose sanctions on Turkey unless Ankara pulls its maritime assets from disputed areas in the eastern Mediterranean, Greek Prime Minister Kyriakos Mitsotakis has said in an opinion piece.

His comments came amid brewing tensions between Greece and Turkey and fears of a conflict erupting by accident, with the two countries locked in a decades-long dispute as they compete for control of oil and gas reserves in the Eastern Mediterranean.

Turkey on August 10 deployed the Oruc Reis research vessel and an escorting flotilla of warships to the waters between Cyprus and the Greek islands of Kastellorizo and Crete. The vessel’s stay in the contested waters has been extended three times.

“Later this month EU leaders will meet in special session to decide how to respond,” Mitsotakis wrote, in a column published on Thursday in the London Times, Germany’s Frankfurter Allgemeine Zeitung and France’s Le Monde newspapers.

“If Turkey refuses to see sense by then, I see no option but for my fellow European leaders to impose meaningful sanctions. Because this is no longer just about European solidarity. It is about recognising that vital interests – strategic European interests – are now at stake. If Europe wants to exercise true geopolitical power, it simply cannot afford to appease a belligerent Turkey.

“There is still time for Turkey to avoid sanctions, to take a step back, and to chart a path out of this crisis. Turkey simply needs to refrain from its naval and scientific activity in non-delimitated waters, and rein in its aggressive rhetoric.”

Ankara has said it has every right to prospect the region and accuses Athens of trying to grab an unfair share of maritime resources.

On Tuesday, the Turkish ambassador to London, Umut Yalcin wrote in a letter to The Guardian that Ankara was ready for dialogue.

“Turkey has been inviting relevant parties to engage in negotiations based on international law and the principle of equity since 2003 for the delimitation of exclusive economic zones. Yet the Greek side has never engaged in sincere dialogue, in order to delay and avoid concrete negotiations,” Yalcin wrote.

EU leaders will hold a special summit on how to resolve the crisis between Cyprus and Turkey from September 24-25.

“We do need dialogue,” Mitsotakis wrote, “but not when held at gunpoint. What threatens my country’s security and stability threatens the well-being and safety of all EU member states.”

He warned: “If we cannot agree, then we must seek resolution at the Hague,” referring to the international court for sovereign disputes.

Greece’s deputy foreign minister also said on Thursday that EU leaders should impose “severe” economic sanctions on Turkey for a limited time if Ankara does not remove its military vessels and gas drilling ships from waters off Cyprus.

“The sanctions should put this pressure, to be severe, for a limited time, but severe, in order to send the message that Europe is here to negotiate but is also here to defend its values,” Miltiadis Varvitsiotis told the European Parliament’s foreign affairs committee.

Both are attending a MED7 summit on the French island of Corsica along with the leaders of Portugal, Spain, Italy, Cyprus and Malta.

Macron urged Europe to adopt a “united and clear voice” on its policy towards Turkey, declaring Ankara is “no longer a partner” in light of its conduct in the Mediterranean and Libya.

“We Europeans need to be clear and firm” with President Recep Tayyip Erdogan and his “unacceptable behaviour”, Macron told reporters ahead of the summit.